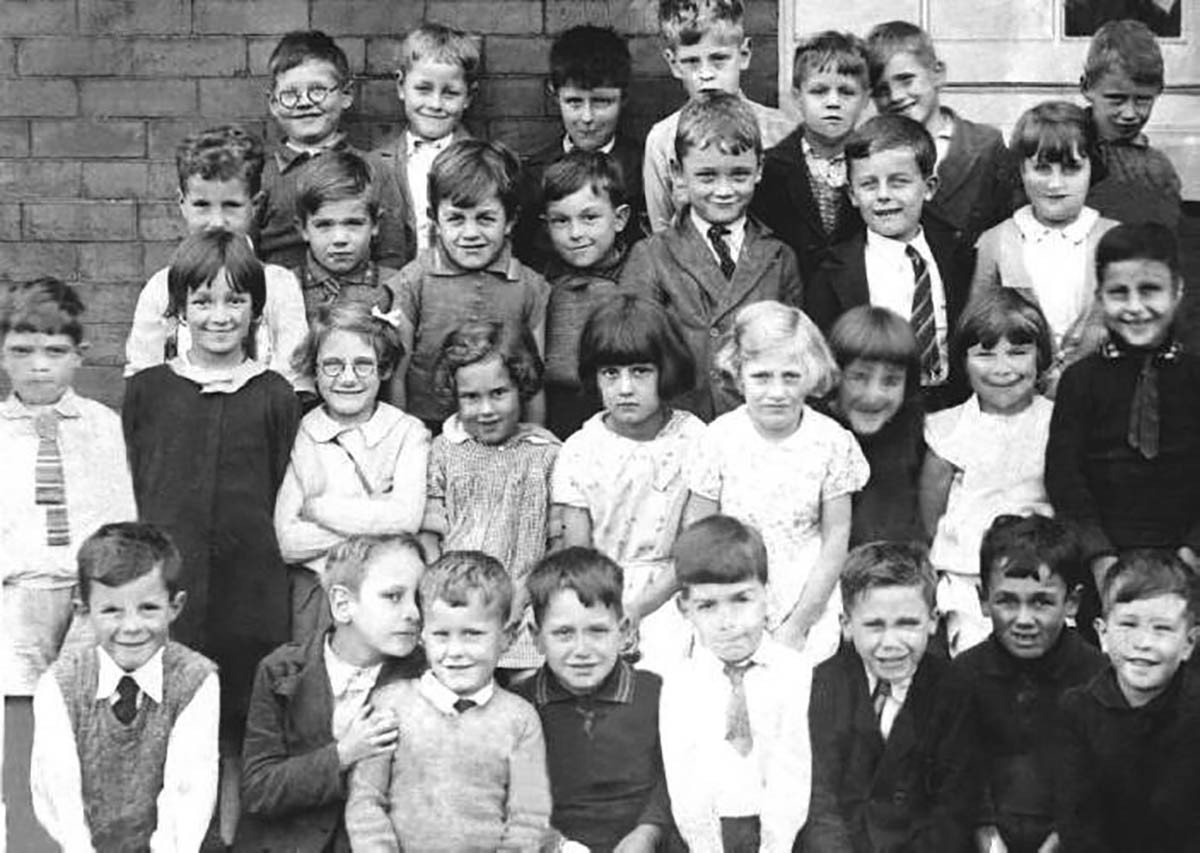 Until fairly recent times, schooling in North Cardiff was a function of the church, working independently of the state.

It may be assumed that educational facilities provided at Llandaff over hundreds of years were freely available as a right of the parishioners of Whitchurch.

Scholastic functions were exercised in Llandaff before the Norman conquest. It was in 983AD that Bishop Bledri ordered that every priest set up a school in connection with his church. It is very likely that it served the purpose of religious teaching and this policy was continued by his successor, Bishop Joseph.

Throughout the 10th and 11th centuries, it is therefore likely that education continued under the banner of the church. In the 12th century, the famous Geoffrey of Monmouth is supposed to have been associated with a teaching capacity at Llandaff Cathedral.

One thing that is definitely known is that in about 1470, Sir David Mathew left money to establish a chantry, and also ‘to keepe a free Scole for certeyn pore children to the number of XX’. The school was in existence for more than a century but in all likelihood, was wiped out during the reign of Edward VI.

There is evidence of the continued existence of the Llandaff school in the 18th century. In 1716, William Morgan was elected ‘Master of the Free School’ and in 1719, Browne Willis mentions the existence of a school in a room over the Cathedral Chapter House. Records also exist relating to the rebuilding of the school house in 1727.

In all probability, the Llandaff school (or schools connected with the cathedral) would have been maintained as part of the ecclesiastical organisation, right down to the setting up of the National Schools in the Cathedral village in 1817. It seems safe to assume that the facilities there were available to poor children from Whitchurch as well as other hamlets in the Parish of Llandaff.

It is likely however, that such facilities covered the needs of a small proportion of the children of the well-to-do parishioners and were probably taught to read and write, if nothing more, in small proprietary schools carried on usually in private houses, each scholar paying a small weekly fee.

Due to the heavy influence of the church, by 1761, no less than 3,495 ‘charity schools’ were in existence. These schools, founded by Anglican clergyman, the Rev Griffith Jones, were there to teach men, women and children ‘to read God’s holy word in the native British language’. By the mid 1700s, the Welsh Sunday School movement came to the fore as the most potent educational agency in the area. Thomas Charles of Bala, who led the movement, concentrated on the task of organising Sunday Schools for the religious education of adults as well as children.

The idea was mainly connected with Methodism, but other sects copied, including the Anglican Church. Many of the early Sunday Schools were held in private dwellings or barns and were to go on to play an important part in the teaching and reading of the Welsh Bible. Tribute is paid in the Reports of the Education Commissioners of 1847 to the valuable work of the Welsh Sunday Schools.

In about 1780, the Quaker ironmasters of Melingriffith, who had a great regard for the well-being of their workers, seem to have taken steps to meet the educational needs of the employees’ children. One can only deduce this from miscellaneous entries in the works accounts since no formal records exist. An entry of 1786 records repairs by work artizans to a school building, and the membership roll of a local friendly society started in the same year is headed by one ‘Edward Williams, Schoolmaster’. Edward Williams lived in Llandaff in this period, and one would like to believe that he was the Melingriffith schoolmaster mentioned in the records. There is, alas, no firm evidence to support this.

Early in the 19th century, the need for a more regular system of education came to be felt – and as a result of the work of the educational pioneers, Dr Bell and Joseph Lancaster, two school-promoting organisations came into existence. In 1833, state aid for the two societies was made available for the creation of new buildings.

Both National and British schools provided a wider secular curriculum than the old scholastic agencies; writing and arithmetic as well as other subjects were taught. By 1870, the publically-maintained Board Schools first came into existence. Teachings of scripture gradually became less of a primary subject on the curriculum.

A controversy over education and the Welsh language broke out in 1847 and stimulated a debate about education in the area. In the 1850s, steps were taken to set up a National School in Whitchurch. Mr TW Brooker, the Melingriffith Works proprietor, was the leading spirit in this movement, and seems to have advanced the cause by way of a loan of more than £1,000 to help erect a building. The site selected for the structure was part of a garden in Tyn-y-pwll Road.

Arrangements seem to have been made for the deduction of wages paid to the employees at Melingriffith Works of a weekly sum of twopence in respect of each of their children attending the National School.

There were other private schools both at Whitchurch and Tongwynlais around these times but by the 1880s, the Melingriffith Works were passing through some troublesome times. Some of the ironmasters left the area and their successors took little interest in local civic affairs. They were also faced with financial difficulties and ultimately, the National School was handed to the new School Board in 1884.

From 1891, following the Education Act, all public elementary education became free to all. During this time, Whitchurch was experiencing considerable population growth and extended school facilities became necessary. In 1884, the National School was developed and re-arranged. In 1899, another school at the Hawthorn in Llandaff North was created.
Records show that equipment was not of a high standard and at the turn of the century, facing increasing population growth, the Glamorgan Education Committee had to face up to a large building programme. 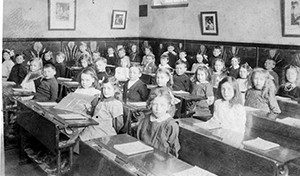 Post-war development at Whitchurch proceeded at a very rapid rate. Rhiwbina Mixed and Infants School opened in 1929 under the mastership of Mr T Pugsley. In 1934, 21 acres of land were acquired for a large secondary school in Whitchurch. The building was opened on November 17th, 1937. Mr AJ Richard was appointed Headmaster.

Even so, the new school proved inadequate to meet the needs and a proportion of pupils requiring secondary education had to attend Penarth. Extensions of Whitchurch School were delayed by the outbreak of war in 1939.

Whitchurch High School came into being in 1968, following the government circular of 1965, which replaced the existing tripartite system with comprehensive education. The new comprehensive school was created through a merger of the well established Whitchurch Grammar School, and Whitchurch County Secondary School, a secondary modern school. Both were under the control of Glamorgan County Council until the beginning of 1967, when Whitchurch became amalgamated as a suburb of the City of Cardiff. The former, based on Penlline Road, became the Upper School site, and the latter, on Glan-y-Nant Terrace, the lower school. Like its predecessors, the school was co-educational and catered for a broad catchment area centred on the suburbs of Whitchurch, Rhiwbina and Tongwynlais in the northern part of Cardiff.

The comprehensive school was initially run by Cardiff County Borough until the local government reform of 1974, which included Whitchurch in the new county of South Glamorgan. In 1996, the school reverted to Cardiff County Council, which became a unitary authority. As of September 2011, the school has been granted foundation status by the Welsh Assembly, following controversy over the local authority’s proposals to reduce the school’s intake.

According to the school’s last Estyn report, Whitchurch High School is currently the largest in Wales with 2,400 pupils.