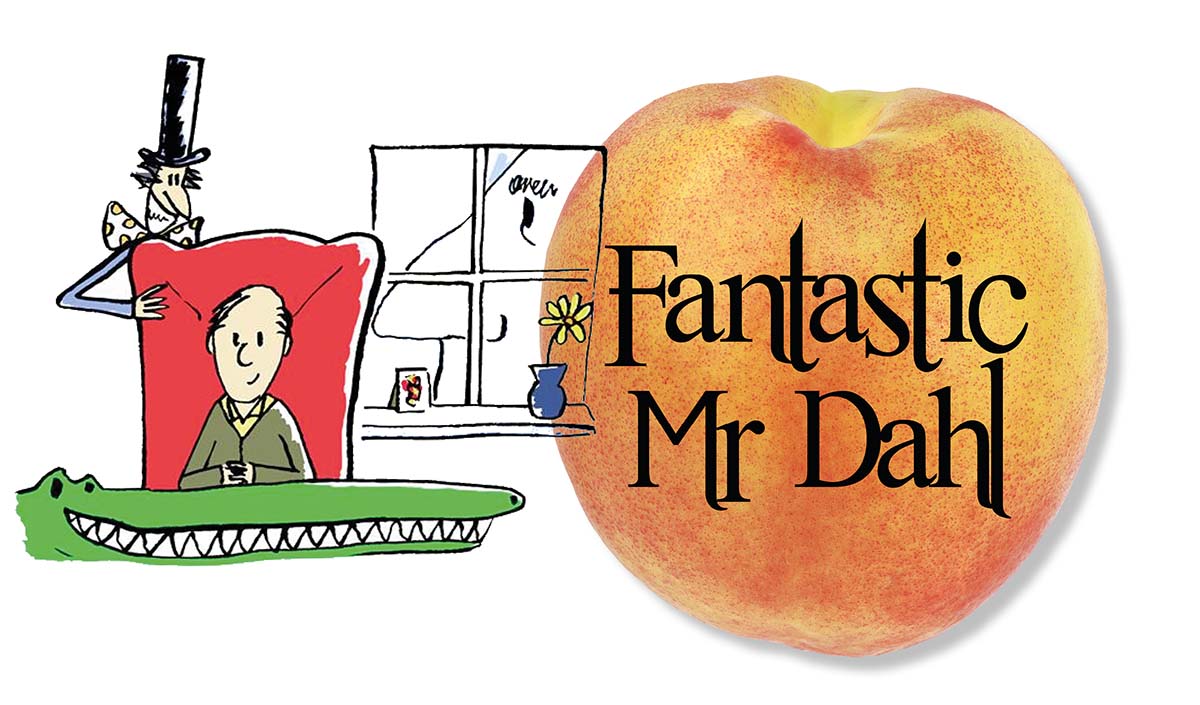 Arguably Llandaff’s greatest son, Roald Dahl is still considered the world’s best story-teller. One hundred years after his birth, his books have been translated into almost 50 languages and sold millions globally.

Harald and Roald’s elder sister Astri died when Roald was just three years old, leaving Sofie to bring up her four children, as well as her two step-children. Roald was Sofie’s only son. Her love for her children was to leave a lasting impression on Roald.

He would later write: “[My mother] was a rock, a real rock, always on your side whatever you’d done. It gave me the most tremendous feeling of security.”

From the age of seven to nine, Roald attended Llandaff Cathedral School. His time here was an unhappy one and he described his memories of school in his book Boy. Perhaps the most well-known anecdote to come out of his time there was the infamous ‘Great Mouse Plot of 1924’.

Roald and four friends planted a dead mouse into a local sweet-shop owner’s jar of gobstoppers. Roald had long had a grudge against Mrs Pratchett, who Roald described as ‘sour’. Mrs Pratchett exacted her revenge by getting Roald caned by the Headmaster of his school. She watched the punishment, laughing as she did. Roald loved his sweets. Sherbet Suckers were one of his favourites.

“The sherbet fizzed in your mouth and if you knew how to do it, you could make white froth come out of your nostrils and pretend that you were throwing a fit.” It was perhaps this heady mixture of confectionery, comedy and cruelty that sowed the seeds of creativity in Roald’s mind that was to bloom in later years.

Roald and his family moved across the Bristol Channel to Weston-super-Mare when he was nine, where he attended boarding school. At the age of 18, rather than go to University, Roald set off to Newfoundland with the Public Schools Exploring Society. He then got a job working for the Shell oil company in present-day Tanzania, but at the age of 23, war broke out. Roald drove 600 miles to Nairobi, where he enlisted in the Royal Air Force. His height (he was 6’8) was a concern for the medical doctor but Roald was taken on as a pilot. He was assigned to No. 80 Squadron, flying Gloster Gladiators, the last biplane fighter aircraft used by the RAF. To his surprise, Roald found that combat training was not provided.

Yet despite this, in September 1940, he was ordered to fly his Gladiator from Egypt to Libya and onto 80 Squadron’s forward airstrip, 30 miles south of Mersa Matruh in Egypt. Approaching Mersa Matruh, Roald found himself running low on fuel and night was approaching. Worse still, he could not find the airstrip and was forced into an emergency landing in the desert. His wheels caught a rock, causing the aircraft to crash. Roald suffered a fractured skull and a broken nose which temporarily blinded him. He managed to drag himself away from the blazing wreckage and passed out before being rescued.

By February 1941, Roald was fit for flying duties again. His squadron was now equipped with Hawker Hurricanes, which Roald flew into combat after only seven hours’ flying in one. After some very close scrapes over the skies of Greece, Roald was eventually discharged after suffering blackouts caused by his earlier crash.

He was posted to Washington DC, and began writing about his adventures. His first published work appeared in the Saturday Evening Post. It has been reported that Dahl was acting in the capacity of intelligence gathering, passing on information to MI6. In 1946, Roald was finally discharged from the RAF, and with five aerial victories to his name, was considered a flying ace. His writing began to take off, Roald penning many short stories. His first story for children, The Gremlins, touched upon RAF fighter pilots’ claims that there were little monsters on their wings which they blamed for problems that cropped up.

In addition to his children’s books, Roald was also crafting stories for adults. These were darker in tone, and became renowned for their macabre plots and twists. These stories were the basis for TV’s Tales of the Unexpected, which were screened throughout the 1980s. In 1953, in New York City, Dahl married the American actress Patricia Neal. They had five children – Olivia, Tessa, Theo, Ophelia, and Lucy but in November 1962, Olivia died of measles encephalitis at the age of seven. He was to later dedicate his book The BFG to her.

Roald and Patricia divorced in 1983, Roald marrying Felicity Crosland in the same year. By now his stories had been best-sellers in many countries. Several of them had already been turned into screenplays – Charlie and the Chocolate Factory was one example. Roald had also co-written the script for Chitty-Chitty-Bang-Bang with Ken Hughes. A lot of Roald’s stories reflected his childhood memories, with adults commonly being portrayed as nasty and cruel.

In 1990, Roald was diagnosed with the rare blood disorder, myelo-dysplastic anaemia. He wrote that year:

“I have been feeling sleepy when I shouldn’t have been and I am without that lovely old bubbly energy that drives on to write books and drink gin and chase after girls.” Roald died on 23 November 1990, aged 74. He is buried in the parish church of St Peter and St Paul in Great Missenden.

Visitors to the church today can find the grave from the memorial bench under a tree in the centre of the graveyard. It is a short walk from the Roald Dahl Museum and Story Centre, which houses Roald’s archive of letters, manuscripts and photographs.

The bench carries the names of Roald Dahl’s five children and three stepchildren. The poem carved into the stone slabs around the base of the bench is taken from The Giraffe and the Pelly and Me:

We have tears in our eyes
As we wave our goodbyes
We so loved being with you, we three.
So please now and then
Come and see us again,
The Giraffe and the Pelly and me.

From the memorial bench you can follow BFG footprints to Roald Dahl’s grave.

In September 2009, a blue plaque was unveiled in Llandaff by his widow Felicity and his son Theo. The plaque commemorated the shop where ‘The Great Mouse Plot of 1924’ took place.

Quentin Blake: Inside Stories – National Museum of Wales, Cardiff 16 July – 20 November 2016
This exhibition gives a unique insight into the origins of some of Blake’s most characteristic and popular creations.

The Wondercrump World of Roald Dahl, Wales Millennium Centre 12th August – 14 January 2017
The tour features unique items from The Roald Dahl Museum and Story Centre archives. Plus there are interactive installations to spark the imagination – and even test your own powers of creativity.