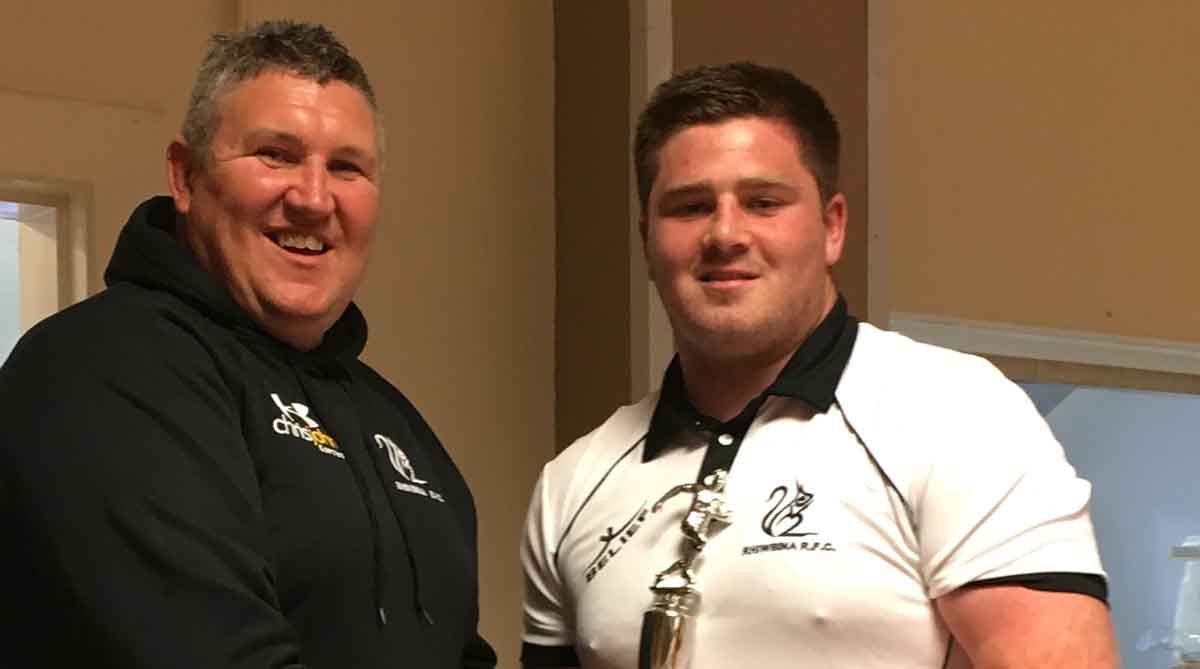 Despite a disappointing end to the season, Rhiwbina ended up a very creditable fifth place in Division One East Central.

The season was seriously disrupted by an extended period of bad weather, which meant an extension of the season well into May. In the Final of the East District Cup against Glamorgan Wanderers, Rhiwbina came back from a 28-12 deficit at half-time to get themselves into a 29-28 lead. Sadly, Wanderers were awarded penalties in the dying minutes and won 34-29.

The Squirrels held their Players’ Awards Evening recently, and local boy Pat Ware was chosen as Player of the Season. Other award winners were:

At the event, Rhiwbina RFC Chairman Ian Hall emphasised the club’s importance within the community, and said “Rhiwbina RFC is committed to developing players from within the club and to attract new players at all levels who want to play for the badge and not for any financial gain.”