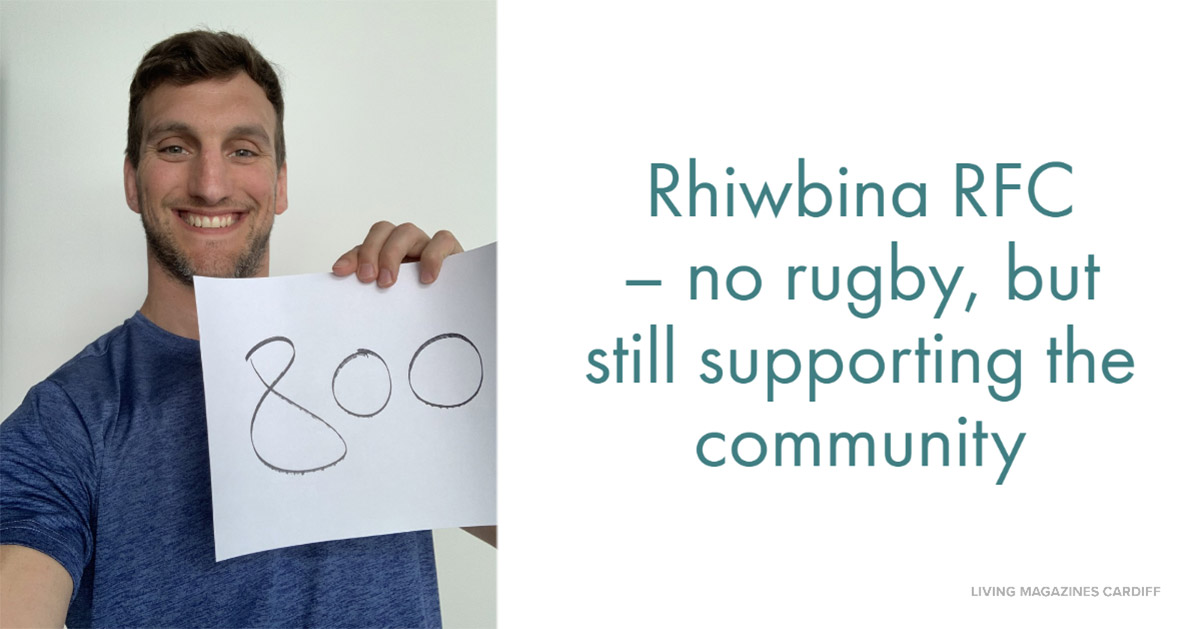 The Rhiwbina Squirrels and the wider community came together during April, with the support of Sam Warburton, to raise a magnificent £2,025 to be spent on supporting our wonderful NHS workers in the Cardiff & Vale University Health Board (CVUHB).

Sam was asked to select a number between 1 and 1948 (the year the NHS was formed). His selected number was then put into a sealed envelope. The club members and wider community were asked to guess the number at £1.00 a try.

Sam revealed his number at 7pm on Thursday 23rd April and the winning number was 800. And the significance of the number? …..Sam was the eight hundredth player capped by the British and Irish Lions.

There were four winners who all guessed the number 800: Larry Spittle, Ryan Stacey, Steve Malone and Gareth Hutchings and all have received a bottle of champagne and other goodies.

In consultation with key workers and the fund-raising team at CVUHB, it was decided that the proceeds should be spent on providing a fully-stocked hot drinks machine for one of the wards at Llandough Hospital and five Amazon Echo Dots along with a bulk purchase of DAB radios to use on the wards.

This initiative has really brought the community together and special thanks to everyone who took part, to the team at Rhiwbina RFC who organised the whole initiative and a big thank you to Sam for his continued support.

As for rugby – the season was officially declared nul and void by the WRU in March, with the Squirrels in a very commendable fourth place in Division One East Central. The Squirrels went through a very tough patch at the end of 2019, but five league wins on the trot, culminating in a 31-28 thrilling home victory on Friday 13th March over St Peter’s shortly before lockdown commenced, meant they finished the truncated season in fourth place.  The game against St Peter’s was played under lights on the Llanishen 3G pitch and there were tries for Rhiwbina from Chris Williams, James Griffiths and Olly Golden and 16 superb points from the reliable boot of Dave Gilbert.