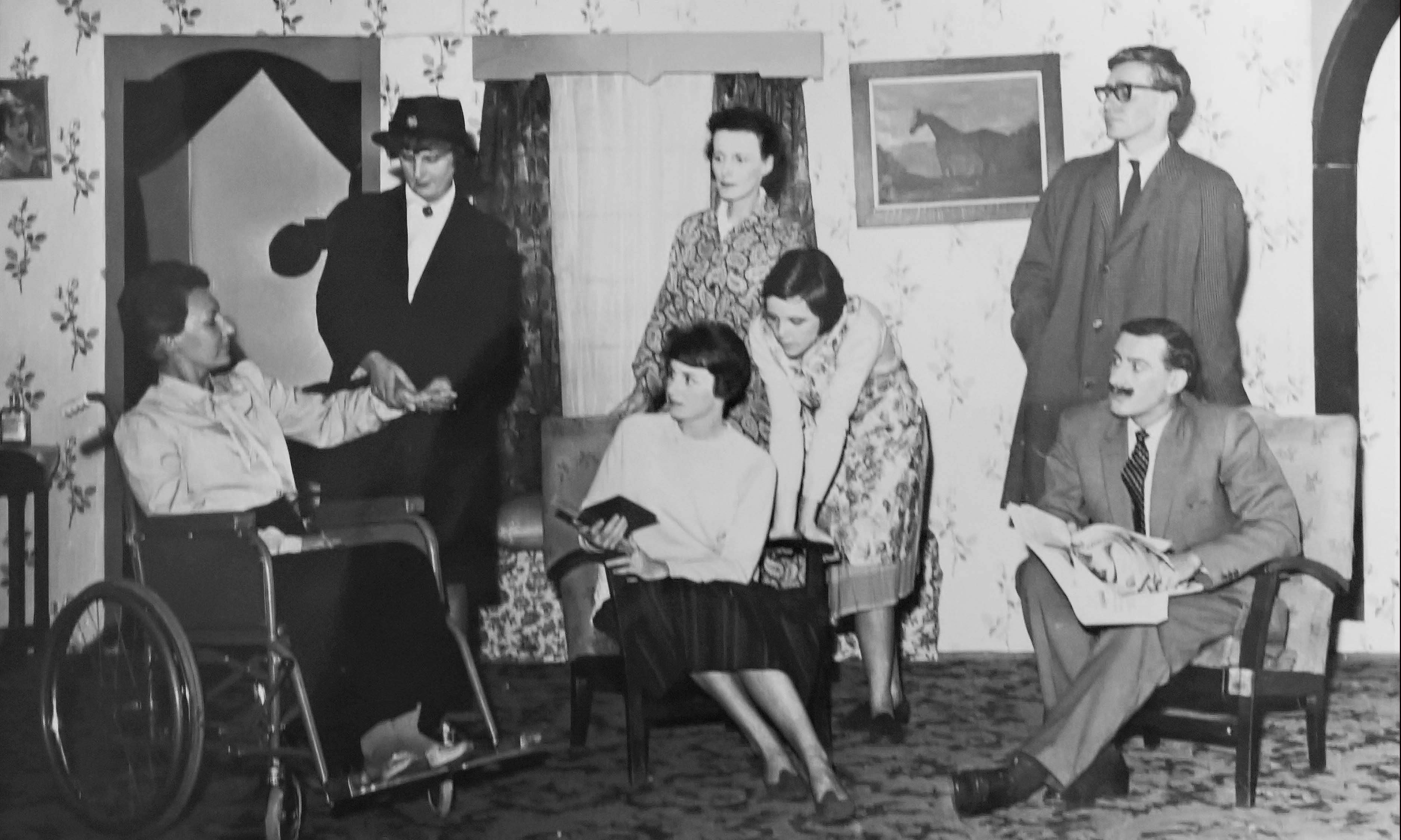 RATS was formed in 1957 and rehearsals were first held in the living room of founder member Jean Kent. The society’s first production was Agatha Christie’s The Hollow, performed in February 1958, in the newly built Rhiwbina Memorial Hall. Since then RATS has staged more than 200 performances in the hall.

The original performance of Emlyn Williams’ Night Must Fall in 1965 was directed by the founder member of the society, Jean Kent. At that time, the society was lucky enough to receive a personal letter and signed photograph from the playwright himself which will be on display in the foyer for the play’s revival.

“Having been a member of RATS for almost 40 years myself and Chairman of the Society for a number of those years, I am delighted that the group has reached this fantastic milestone. It is also wonderful to be putting on this Emlyn Williams’ thriller, 52 years after it was first staged at the Rhiwbina Memorial Hall. We hope that a large audience will come and join us to help celebrate this special anniversary.”

RATS has around 45 members who all take on various roles to bring four performances to life every year; this not only includes budding actors but also stage crew, front of house and anything else to ensure the show goes on. The society also regularly raises money for charity, having previously fundraised for Diabetes UK, the Dialysis Unit at the Heath Hospital, S.A.N.D.S. and numerous other organisations.