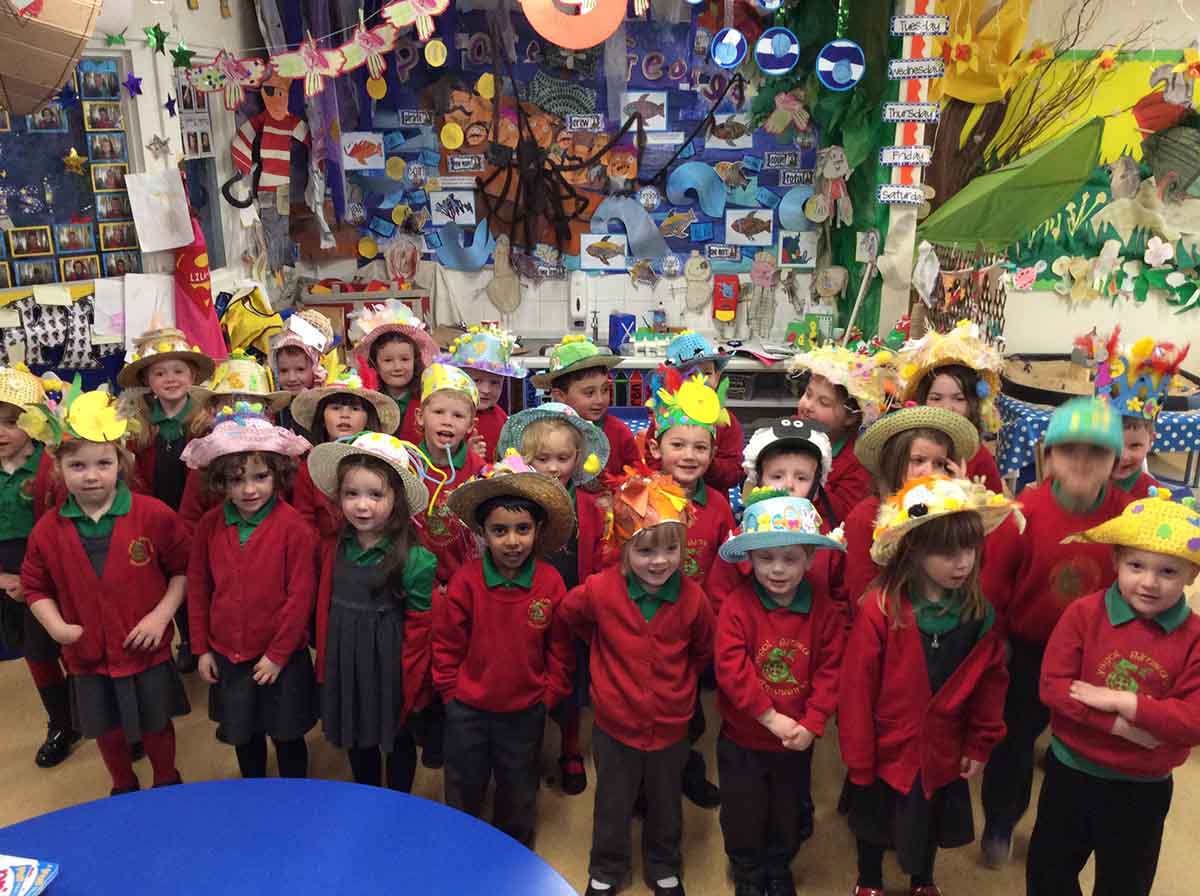 Here’s all the latest news from Rhiwbeina Primary School

A bite of an Apple!
Mr Sweetnam and Mrs Bricknell accompanied six of our Year 4 children who were invited by Apple to showcase their work on the iPads at an Apple Event held at Cardiff Museum.

The children showed 25 teachers from other schools and the Apple representatives a presentation of their work including movies and trailers made with ‘iMovie’, digital books created within ‘Book Creator’ and mind mapping with ‘Popplet’ to name a few.

Rugby Teams do us proud
Our rugby squad recently had a successful day at the Urdd Rugby Tournament held at Pontcanna Fields. Both our ‘Red’ and ‘Black’ teams did very well in their respective groups. Unfortunately, the Red team just missed out on progressing to the knock-out stages, having narrowly lost only one of their games.

The Black team, however won their group comprehensively. They went on to beat a strong Ysgol Y Wern side in the semi-finals.

In the final, they met last year’s regional champions, Rhydypennau. It was a closely fought match between the two schools with Rhiwbeina winning.

The team went on to represent Cardiff in the Urdd National Tournament on Sunday 8th May in Aberystwyth! They met stiff opposition and were narrowly beaten in the semi-finals. We are all proud of the boys for succeeding so well in the competition.

2S go to Roath Park
The weather was glorious and the class had a great time following a nature trail around the park and playing games with a tree theme.

Then ‘Ranger Dave’ took the children around the conservatory.

The climax of the day was the presentation of the house cup to the proud captains and vice-house captains of Nofydd, though members of Briwnant, Deri and Wenallt houses were not far behind!

One of our year 6 pupils was crowned the school’s Bard for 2016, producing a high standard of literacy work.

Llongyfarchiadau a diolch to pupils and staff, who all worked hard to make the day memorable and enjoyable.

Rhiwbeina Primary certainly ‘Has Got Talent’!

Green Screen fun
This term has seen the introduction of Green Screen Technology into school. Using the green screen app ‘Veescope’ on the iPads, the children can take still images or create movies in front of a green screen and they are superimposed onto a virtual background of their choosing.

3B used moving images to create their endangered animal videos, 5T were transported back in time onto the Titanic for their dress up day and 5P, on a recent ‘Coal House’ theme day, came dressed as their character from the 1901 Trehafod census. The children thoroughly enjoyed bringing their history learning alive through role play in drama, writing journals in character and through creating a ‘Green Screen’ video using the Veesope app.

The girls were then invited to a Champions Tournament at Cardiff University Playing Fields. The children went on to win their group but were narrowly beaten in the semi-finals.

Overall the girls came third in the tournament. We are very proud of the girls. They have been a real credit to the school, not only with their skills but also with the way they approached every game.

Tennis love
Year 1 had a fantastic time at Rhiwbina Tennis Club learning simple tennis skills. We had three super coaches who taught us ball control, racquet handling and how to move around the court all through a range of fun games. Everyone had smiles throughout the morning and we can’t wait to go back again soon. Thank you to Mrs Wright and Rhiwbina Tennis Club for organising such a brilliant event.

Congratulations also go to our year 4 boys tennis team who won the Cardiff Schools Tournament for their age group.