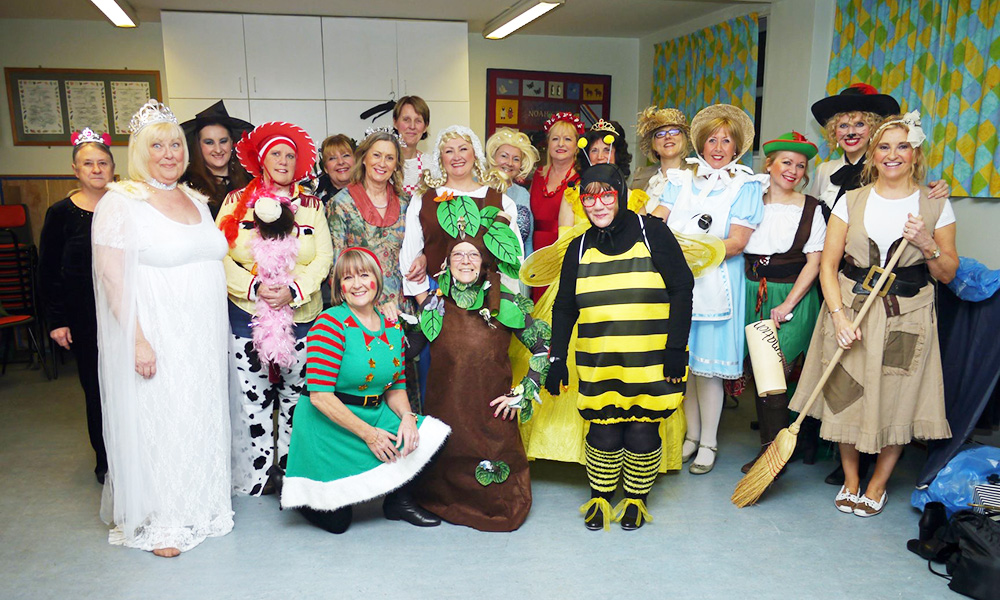 This has been a wonderful opportunity for Tenovus Cancer Care to reach out into the community and together we worked hard to ensure that our production was as entertaining as possible. It has been a pleasure to work with people who have contributed in such a positive way to making the village of Rhiwbina such a great place to live.

We would also like to thank the 1980’s BBC legends Gail Foley and Noreen Bray for being such good sports in being our news reporters on the night. They, along with about 24 others in the Play are members of our Cardiff North Tenovus Sing With Us Choir   There were 32 people on stage and about 20 of them had never acted before so this was brave indeed! It was certainly a challenge to think of the characters they could be and to weave a story together which would be relevant for those living in Rhiwbina and for the members of the Cardiff North Tenovus Choir. But once you know the people for whom you are writing, then the task becomes much easier. It was a real community venture as local businesses supported through sponsorship of the programmes. We had full houses on both nights and an open dress rehearsal also allowed those who could not get tickets the opportunity to see the show. It was an uplifting experience and we didn’t stop laughing throughout the whole process. Our audiences did too!

The total raised was £3100 which will be used to fund cancer research, mobile chemotherapy units, helpline counselling and the choirs formed to raise the spirits of those affected by cancer.