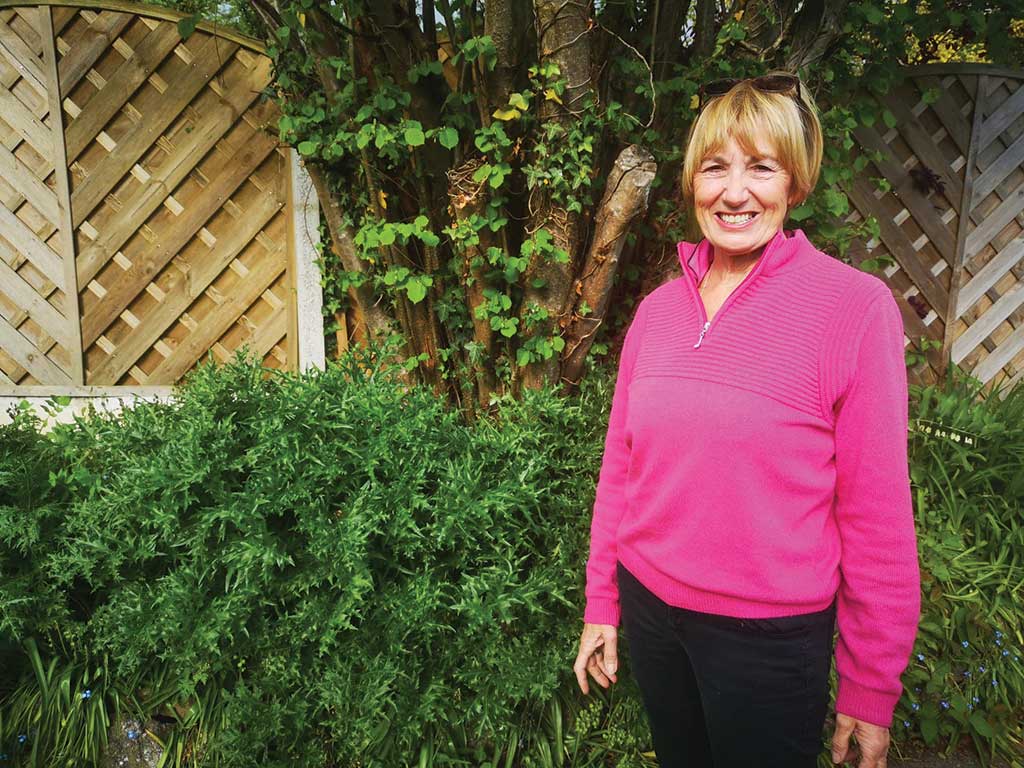 She’s had lunch with Prince Charles and Yehudi Menuhin. She’s carried the Olympic Torch. She’s defeated cancer, twice. She’s even got an MBE.

But for Maggie Harries, none of these compare to the little things in her life that make her happy. For the last 37 years, Maggie has been running a youth provision for young people with a wide variety of learning disabilities.

“I’ve always considered myself as a carer. My dad was severely disabled with arthritis later in life. My mum was also an inspiration. She was always doing things, always busy. A friend of hers took her to a day centre once and before long, she started working with adults with learning difficulties. She’d come home with such fantastic stories. She would take them all out on day trips and she always said that was the best thing she’d ever done in her life.”

Her mother’s work with adults was to ignite Maggie’s enthusiasm for helping others. Brought up in Caerleon, Maggie left home for university in Liverpool before starting a career in teaching.

“I then met the man who would become my future husband and we moved down to Cornwall for a year. I fell pregnant and didn’t want to go back into teaching so set up Castle Sports in Castle Arcade. I felt like a mole, going to work in the dark and coming home during the dark, winter months.”

After another few years living in Trinidad, Maggie returned to Cardiff where she started working at Whitchurch Youth Centre as a youth worker.

“We had a little girl who lived next door to us at the time. She had cerebral palsy and never seemed to go anywhere. She’d go to school in the daytime, come home afterwards and that was it. It also meant that her parents could never go anywhere. So in one of our staff meetings in the Youth Club, I suggested that we set up a part of the club for special needs.

“I’d visit youngsters with special needs in their schools and I think I became a bit of a nuisance because one day, I had a phone call from the Education Authority who said that they wanted to chat to me. I thought it would just be about the Youth Club but I walked out of the meeting with a job in a Special School. I only started for a term but ended up working at Riverbank School in Ely for 22 years.”

Maggie started what was to become Sunday Circle at Whitchurch Youth Centre in May 1981.

“We left there after about 15 years because wheelchair access wasn’t great. We moved to Ty Celyn and were there for another 12 years but then we had to leave because the building was turned into a Sixth Form common room. We started off with eight local children but we were soon getting 90 and couldn’t get the staffing. We have about 50 come every week now.”

The weekly club offered facilities for the youngsters, including table tennis, pool and basic crafts. But Maggie has always pushed to provide extra experiences for her members.

“Over the years, we’ve done all sorts of things. We go on days out, we go camping, we go and stay at Storey Arms,” says Maggie, beaming.

“But there’s more. We’ve been skiing in the United States, kayaking in the fjords in Greenland, we’ve climbed in the Dolomites, and we’ve been to Norway and camped within sight of the ice cap. I stand back sometimes and think ‘this is bloody lovely.'”

Maggie and the club have helped transform the lives of the members in a positive way.

“I’ve been at my happiest with the members at Storey Arms,” says Maggie. “I see little ones with not much confidence in their physical capabilities, worrying about climbing a grass bank and getting their hands dirty when we first arrive. I then see them the next day, jumping around in the yomping pools, getting mucky and laughing their heads off.”

The experiences help develop the club’s members in ways that would never seem possible.

“One little girl from Whitchurch had severe learning difficulties and lots of issues. We got her to the top of Pen-y-Fan and to see the smile on her face was a pure joy. There was also one boy who was in two leg callipers and was registered blind. He wanted to climb Pen-y-Fan too so off he went with his callipers and white stick. You could take a normal group of children up there and half of them drop out two thirds of the way up because they can’t be bothered. But this boy did it. And when he got to the top, he turned to me and said: ‘Maggie. Have I been a pleasure to have?’”

Maggie reels off story after story. There’s the autistic boy who found his confidence skiing on the slopes in the US. Then there’s the child who was an elective mute and barely spoke, who started shouting out in the Dolomite mountains so that he could hear his own echo. Each and every story doesn’t sound like much to the casual observer, but to Maggie, and more importantly, to the individual, it means the world.

“We stayed in a log cabin in Margam once and what you need to remember is that children in wheelchairs don’t experience the things that we do. They don’t know what mud or cold water feels like. So we took them out of their chairs and put their feet in the cold water, sat them in the wet grass and wrecked a few wheelchairs.

“People would ask me how many children I had and I’d say 74 before realising that they were asking how many I actually had of my own.”

Maggie’s two children grew up with the club.

“They never got fazed by the members of the club. In fact, they’d often go up to children with special needs in public and tell them all about the club. My children gained massively from it all.”

For Maggie, her devotion to her cause has been unrelenting, but one that she has undertaken with gratitude.

“For 35 years, we never had any regular staff. In a Special School for 100 children, you would need to have about 70 members of staff to look after them. It’s only recently that authorities have given me money to employ three part-time youth workers and that makes a massive difference. I’m very much tied to the youth club – I can’t go away when I want to.”

“I was given the award by Prince Charles at Cardiff Castle on St David’s Day. Everyone was turning up in their posh cars and I turned up in our Variety Club minibus with some of our members! In 2001, I also picked up a Welsh Woman of the Year Award. That meant a lot to me because I’m proud of being a woman and proud of being Welsh. I wouldn’t want to be anything else.”

Now retired from teaching, Maggie is also reflecting on the club and its future.

“South Wales Classic Car Club have supported us for many years. Last year, I went to pick up the cheque that they give us annually and there was a girl from Ty Hafan there. She was talking about end of life and how Ty Hafan make a difference. It made me realise that our club was not about end of life, but more ‘whole of life’.

“I was told nearly 40 years ago that there wouldn’t be much call for a special needs department at Whitchurch Youth Club as ‘there weren’t that many children around.’

You see a lot more children with needs out and about these days.”

Looking ahead, Maggie is considering life after the club.

“I’m 67. At some stage, I’m going to have to say that enough is enough and leave it to the youngsters to carry on.” But for now, as usual, Maggie and the team are planning for Christmas.

“My best and my worst night of the year is our Christmas party and I’m always worried that somebody’s going to turn up that hasn’t been since last year and you need to have a present for everybody. We buy presents and wrap them up throughout the year. The volunteers are fantastic in this respect and the club wouldn’t survive without them. Some have been with me for 30 years and that’s a massive commitment.

“We always have a ‘visitor’ every Christmas and every member still believes.”

Maggie’s dream is to see out her tenure with one last hurrah that involves every member of the club.

“I want to take all the members to see Santa in Lapland this Christmas. For past trips, we’ve had to limit places to who you think would enjoy that particular activity. But this time, I want to take all of them. That’s 60 members, but with the staff required, would be 100 people in total. I’ve even looked into chartering a plane. It would work out at about £400 per person just for the day. ”

But Maggie is faced with a huge dilemma.

“Our 17 year-old mini bus broke down and had to be scrapped. Do we take the money out of the money that we’ve already raised? But that would set the trip back by years. I’d already spoken to all the members and asked if there was anyone who didn’t want to go. Not one person put their hand up.

Maggie and her team are looking at various ways of raising the money to make the trip a reality.

“We’ve got a concert coming up where we hope to raise some funds.”

For now, members continue to meet on Sunday evenings in Gabalfa to enjoy what Maggie has been able to provide for the last 37 years.

Hopefully, with a lot of generosity and dose of good luck, Maggie’s members will be smiling again this Christmas.

If you’d like to help Maggie in her quest, you can visit her Just Giving Page and search for Sunday Circle