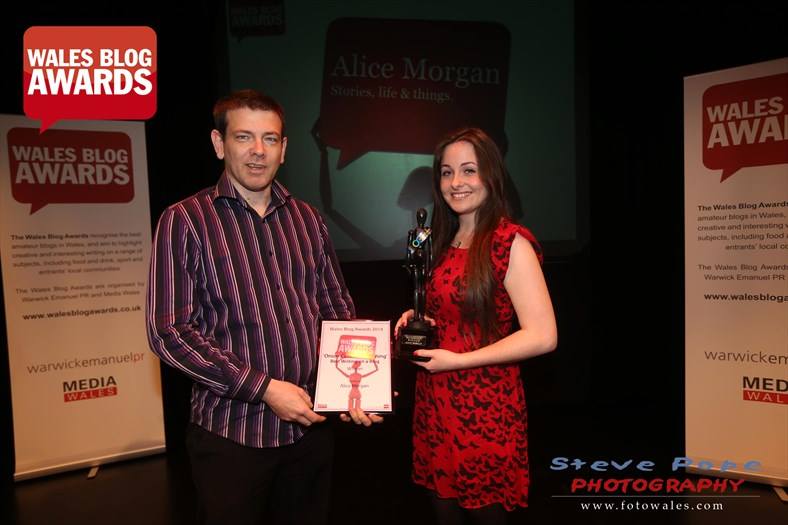 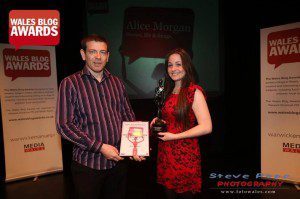 Alice picked up her award at Chapter Arts Centre, where awards were handed out to the creators and writers of the best blogs in Wales.

“I’m absolutely thrilled to win this award. My blog started life as a hobby and it’s great to know that it’s been recognised by the judges.”

Alice has been contributing features and articles to Living Magazines since their creation in 2007. Last year, she won the South Wales Echo Short Christmas Story competition and has just finished her final year at Royal Holloway University, London. Her ‘Best Writing on a Blog’ Award is the same prize that Living Magazines editor (and Alice’s big brother!) won at the last Wales Blog Awards in 2012. Judges were unaware of their sibling link until after the awards were announced.

Warwick Emanuel PR set up the Wales Blog Awards in 2010 and organises them in conjunction with Media Wales. The company sees the event as a way to support and encourage everyone who wants to write and publish online the things about which they feel passionate.