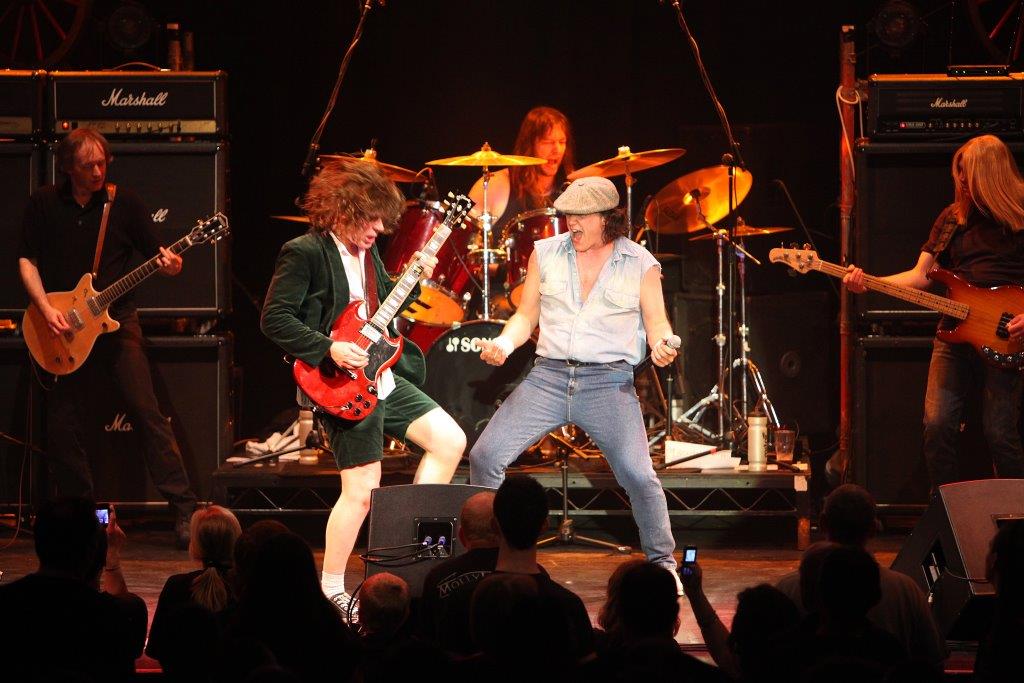 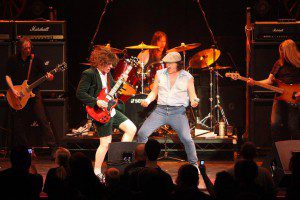 The JAILBREAK double jeopardy tour with good friends LIMEHOUSE LIZZY is rolling into Cardiff this month.

The two legendary tribute acts will be raising the roof at Solus on Friday 17th April.

The unique six man tribute to rock’s greatest band AC/DC comes complete with trademark cannons, a wall of Marshalls and two hours of High Voltage Rock and Roll. Forty One years into the AC/DC story and the band cover both eras as always with both ‘Gary’ Bon Scott and ‘Pete’ Brian Johnson take you on the Rock and Roll train for a night to remember. The rhythm section keep it all meticulously together giving Ashgus the freedom to mesmerise the audience with his sublime playing and infinite energy.

Those who have seen the show on the ‘For Those About To Rock’, ‘Ready to Bite’ and ‘Shake your Foundations’ tours are already witness to the talent and dedication Ash gives on stage with his portrayal of the livewire Angus Young delivering a truly amazing two hours of duck-walking, bedevilled Rock and Roll.

The band aim to put you slap bang in the middle of the show with hit after hit, and for the aficionados !

There’s always something special as well. Back in Black, Rosie, Highway to hell, the songs go on and on until the cannons fire ceremoniously to bring the evening to a superb crescendo.
From the PRS Official awards, performing for Virgin Atlantic in Barbados and several TV appearances (BBC 2’s ‘Arena’ amongst others) to actually being recruited to record and tour by members of the original Thin Lizzy, Limehouse Lizzy enter their 21st year with their most explosive show and critically-acclaimed line-up yet.