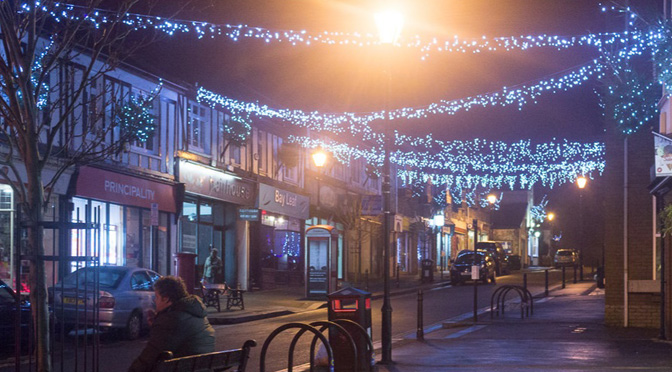 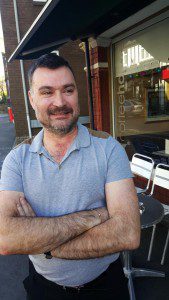 Kevin Geary is a member of the Llandaff Traders’ Committee, who meet every couple of months to discuss village matters.

Historically, Llandaff village created its festive feel with beautifully-lit mini Christmas trees displayed from the walls above the businesses and funded by individual businesses themselves.
In recent years, Llandaff has also been illuminated with white LED lights criss crossing the village to add to the festive atmosphere.

“We wanted the village to look extra Christmassy,” Kevin said.

To achieve the funding for this, local eateries K2, Jaspers, Porro, Mulberry and Watkins & Gunn Solicitors held various events throughout the year to raise the necessary cash.

“We held social events like coffee mornings, evening meals and cheese and wine evenings, specifically with the purpose of raising essential funds for the lights.”

But it hasn’t all been plain sailing for the innovative Llandaff community.

“We had to pay a company to put up the lights and take them down,” Kevin explained. “To add to everything, this year the Council decided to charge for the road closure for the switch on event. They also used to provide a Christmas tree for the village, but not this year.”

Kevin is keen to thank the local residents of the Llandaff Society who have contributed to the fund and have managed to donate enough to provide Llandaff’s traditional Christmas tree.

Whilst this community has worked hard to raise the necessary cash to give Llandaff its Christmas look, Kevin stressed that the Traders’ Committee needs more businesses on board to help with the costs in years to come.

“We all want our village to look nice, so extra support is particularly welcome.” 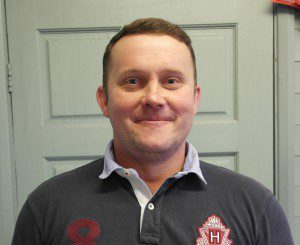 Tom Champ is a Whitchurch businessman who decided to take on responsibility for organising the Christmas lights in Whitchurch
village this year.

For the past couple of years, this has been the remit of the Whitchurch Community and Traders’ Association, but when the committee disbanded, brave Tom took on the challenge.

“Nobody else was doing anything and I’d been involved in helping in the past. Christmas is the best time of the year and there was a potential the lights and event wasn’t going to happen, which would have been a massive loss to the village.

“The lights have been part of Christmasses in Whitchurch for 14 years and the switch on is a huge event. Last year, thousands of people came out on the night to be part of it. The community have always supported the atmosphere in the village and the event is what it’s all about- the spirit of Christmas and celebrating Whitchurch.”

It is apparent that Tom has a particular fondness for this time of year and a love for his village – he supplies the Christmas tree on the Park Road roundabout every year to add to the festive atmosphere.

Organising the lights this year certainly seems to have been a challenge and a story that has had its ups and downs.

“One of the first struggles was to locate the lights,” Tom explained.

“Thankfully, when we located them we realised they had been kindly purchased by Ben Thomas, our local councillor and Whitchurch businessman. And to our relief they all worked! We then had to establish the costs to put them up.”

Tom soon realised the financial scale of the task in hand, with £4,000 needed to install the lights, pay for power, insurance and a compere and PA system on the night of the event.

He set about approaching the local businesses in the village to ask for donations towards the cause.

“Thankfully, there was a really positive response, from both old and new businesses in the village – people seemed really proud of this event and wanted to support it. The organisational help I had from Jason Lewis at Autocraft and to Roger Walters of Walters Hardware store was invaluable.”

But just when Tom thought things were on track, the Council advised that they were going to charge a legal fee for the road closure- a charge they had always covered.

“They also wanted to charge for the provision of staff to manage the road closure.”

After some opposition from various community groups, the Council overturned their decision to charge the legal fee and waivered it for this year. And in a bid to save their Christmas lights, the determined Whitchurch community arranged to police the road closure themselves, thereby avoiding the additional charge.

Despite the event’s success, Tom is keen to highlight that the community still needs to raise as much as possible to make the event sustainable for next year.

“I have lots of ideas going forward to make it even more traditional.Any donations would be greatly received and can be dropped into the Play Loft in Whitchurch with cheques made payable to the Whitchurch Traders’ Association.” 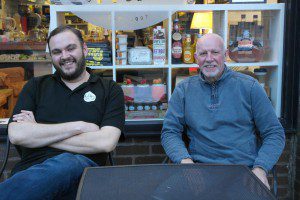 Lewys Wootten and Norman Gettings are the Chair and Treasurer of the Llandaff North Festival Committee, who took over the organisation of the Christmas lights 18 months ago.

“When the committee first took this on, there was no money in the fund,” Norman explained. As a result, the group set to work on securing donations from local businesses and holding raffles to raise the cash. “We just managed to raise enough funds on time and the event last year was very successful with fairground rides, fireworks and Santa on his sleigh.

“Our strategy was to go into the year raising money continuously,” Norman said.

Over the year, the group have organised various fundraising activities such as raffles and quizzes, and they had a particularly successful Summer Festival – which was helped by the great weather on the day and a fantastic turn out.

“We knew we had enough money to pay for the lights,” Norman explained, “but we wanted to have a buffer going into forthcoming events.”

Whilst the group already own the lights, they still have to pay for them to be maintained and installed.

“Everything else is done by volunteers,” Norman explained, “even down to the storage of the lights in someone’s garage!”

The committee’s hard work throughout the year placed them in a comfortable position going into this year’s festivities; however there was a last minute spanner to be thrown into the works.

“We had a good group of volunteers and we were optimistic about the Christmas Festival. We applied to the Council for the road closure license as usual and were informed by email just weeks before the event that we had to pay a substantial fee.”

This was the first year the Council decided to introduce this fee so the group appealed to their local councillors for help who then liaised with the Highways Agency.

“We were only talking about closing 150 yards of road,” Norman explained, “and the cost of the road closure was a third of the cost of the lights on top, which was a huge burden.”

In their appeal, the committee were keen to point out that whilst they understood the tough budget cuts imposed upon the Council, that punishing volunteer community groups was not the way to go.

“We were worried that it was likely to stir up local resentment towards the Council and create negative publicity. After all, community groups are the alternative solutions to running local events and amenities,” Norman highlighted.

Their appeal returned a helpful response from the Council, advising them that if they could provide public liability insurance, the names of eight volunteers and an email from their PCSOs assuring their attendance on the night, that they would allow the group to manage the road closure themselves.

“We have a good relationship with our local councillors and they do their best to support our events,” Norman said.

However, Lewys stressed that the committee are keen to think long term about how to manage things in the future. “We would like to get together with other community groups across Cardiff to meet with the Council to discuss solutions.”

The pride that this community group feel for their village is evident.

“Llandaff North is the greatest little village in Cardiff,” Norman said. “Christmas has been saved!”