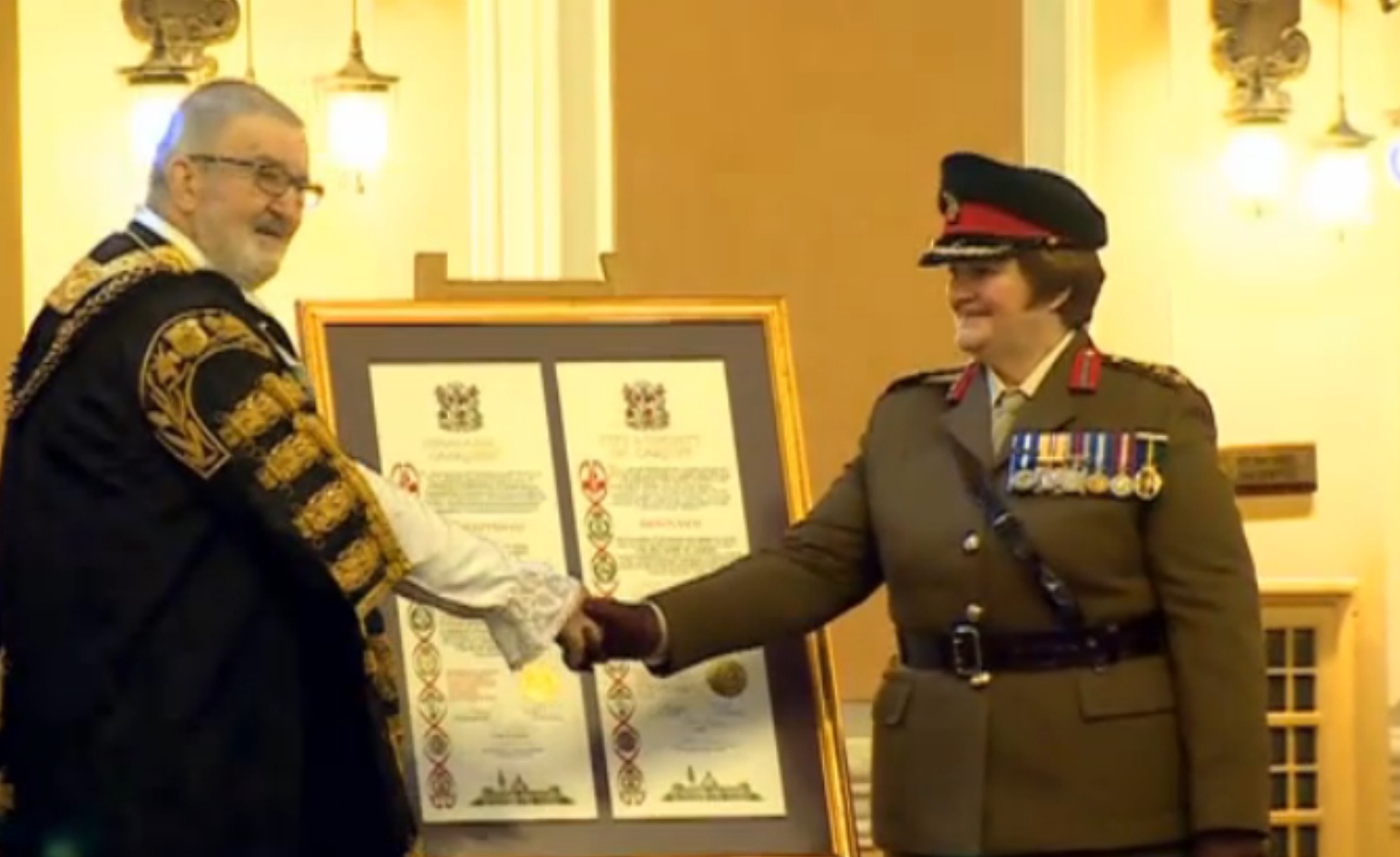 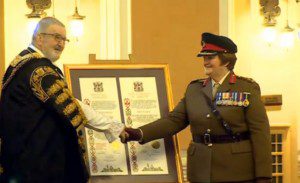 Welsh army medics from Llandaff North have recently marched in Cardiff city centre to honour being granted the Freedom of Cardiff.

Reserve soldiers from 203 (Welsh) Field Hospital in Llandaff North paraded after a Royal Gun Salute in celebration of the Queen’s birthday on Monday 21st April.

Members have recently returned from their second tour of Afghanistan where they had been providing treatment for soldiers at Camp Bastion.

They were awarded the honorary title at City Hall, which was then followed by a city centre parade. The unit is only the ninth organisation given the freedom honour since 1886.

Col Tina Donnelly, commanding officer of the 203 (Welsh) Field Hospital, said the unit was ‘hugely proud’ to be able to march through the city centre.

The current Welsh Medics were established in the 1990s, although there has been a Cardiff-based Welsh reserve hospital support in various forms since World War One. Cardiff council leader, Councillor Phil Bale, said: “By making them honorary freeman, we are recognising the strong links and significant contribution the unit makes to Cardiff.” he said.