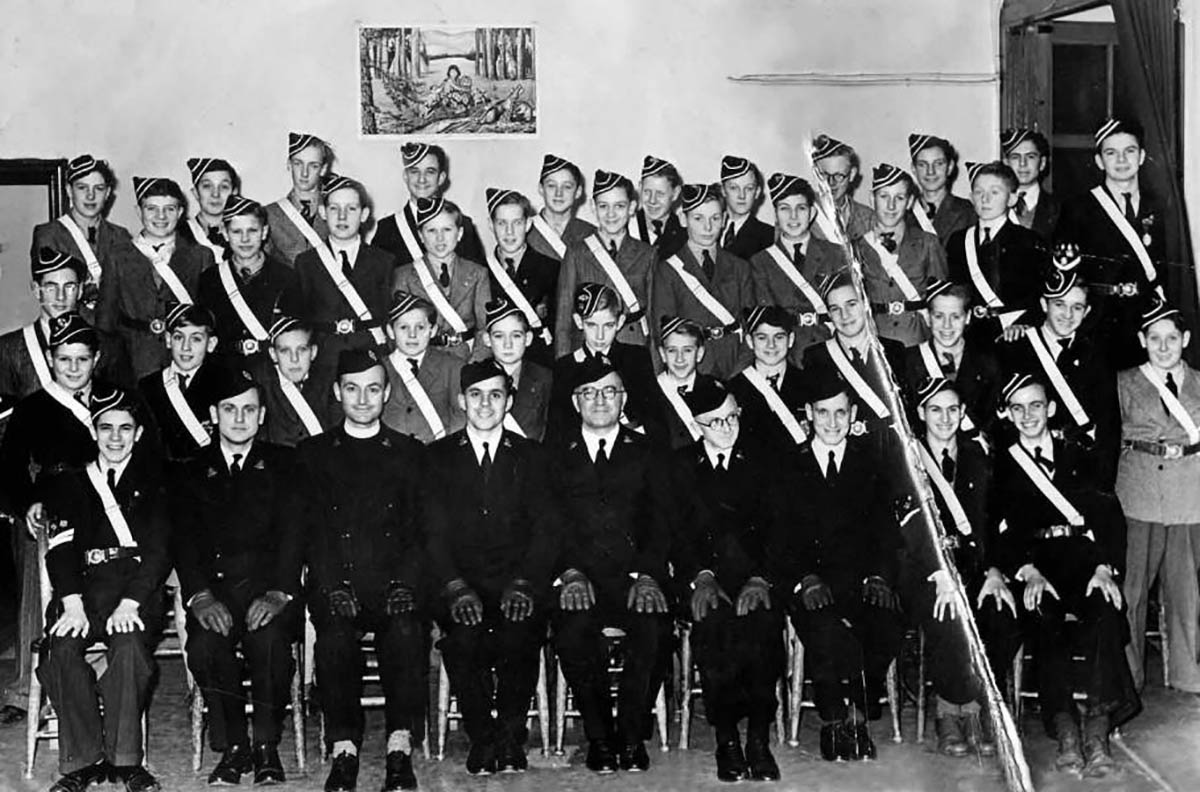 Peter Davies remembers his days at 21st Cardiff Company of the Boys’ Brigade, based at Ararat Baptist Church, Whitchurch

I was like a fish out of water. It was the start of the 1950s and my family had just moved out of the touchy-feely, happy-clappy atmosphere of the Rhondda Valley to the outskirts of Cardiff. What’s more, as the youngest member of Standard 4A, I had accidentally passed the scholarship a year earlier than most kids of my age and was having to leave my newly found friends to travel daily to some highfalutin county grammar school 15 miles away from home.

But as time went on, help was at hand and to this day, well over 60 years hence, I thank my lucky stars for the Boys’ Brigade.

As a kid called Len and I were idly kicking a football about on Whitchurch Common one evening, we fell in with the boys of the 21st Company who had their headquarters at Ararat Baptist Church, across the road. From then on, as I progressed through my early teens, there was never a dull moment, what with Drill Night on Fridays, Bible Class on Sunday mornings and a whole host of other activities to keep me busy on what seemed like every other day of the week.

I quickly made it into the Company football XI and as a result, was soon cycling to every Cardiff Corporation public playing field that existed, from Caedelyn in the leafy suburbs of Rhiwbina, to The Marl in the heart of Tiger Bay. I learned to play table tennis during Saturday night Company Club sessions, modelling myself on Johnny Leach, went on cross-country runs around Ely Racecourse and had regular PT sessions in the secondary modern gym – followed by seven-a-side football. I appeared in Battalion displays in City Hall, in front of the Lord Mayor of Cardiff, carried the Company colours during parades around the city, went on BB courses of various kinds in places like Porthcawl and Hemel Hempstead, and amassed various certificates and badges (that I’ve still got!) for things like Wayfaring, Signalling, Scriptural Knowledge and Athletics.

I Blanco-ed my hat, Brasso-ed my badges and polished my belt and shoes religiously every week and, for my pains, became a lance corporal and then a corporal. I also, more importantly, had a trial for the battalion football team at centre forward. Then there were special occasions, of course, like Company Camp on the Gower Coast – makeshift 1950s safety pin assisted sleeping bags atop straw-filled palliasses, French cricket, sardine and sand sandwiches, potted sports on the beach and naturally, the camp concert at the end of the week.

Although the Boys’ Brigade dominated my life in those far-off days, there were other things that excited my interest like going up to the Festival of Britain with my dad, avidly reading about my hero Dan Dare, and being there at Ninian Park, along with 50,000 people, when Cardiff City beat Leeds United to gain promotion to Division One. There was the radio – Dick Barton, Peter Brough and Archie Andrews, Much Binding in the Marsh, and of course, those crazy Goons.

Len and I watched the last Cardiff tram, festooned with bunting, as it set off from Whitchurch Road to St. Mary’s Street; we regularly supported the Cardiff Dragons speedway team and were often to be seen in the front row of the Rialto, our local fleapit, to lap up the iconic films of the day. But I was beginning to sense that such an idyllic life could not last forever. Whereas I had once greeted the news about Gorgeous Gussie flaunting her lace-trimmed panties at Wimbledon back in 1949 with indifference, I must admit that Little Mo, the 17 year-old ladies champion in 1952, was now having a far from indifferent effect on me.

And it was about this time that I found myself looking forward to Boys’ Brigade drill on a Friday, not because of my camaraderie between us lads, but because I might catch sight of Marcia Williams wearing her Girl’s Life Brigade uniform.

More was to come, including the defining moment in my young life, when on the long journey back to South Wales, after hearing Billy Graham at Harringay Arena, I kissed a lovely Baptist girl called Yvette. But that’s a different story.