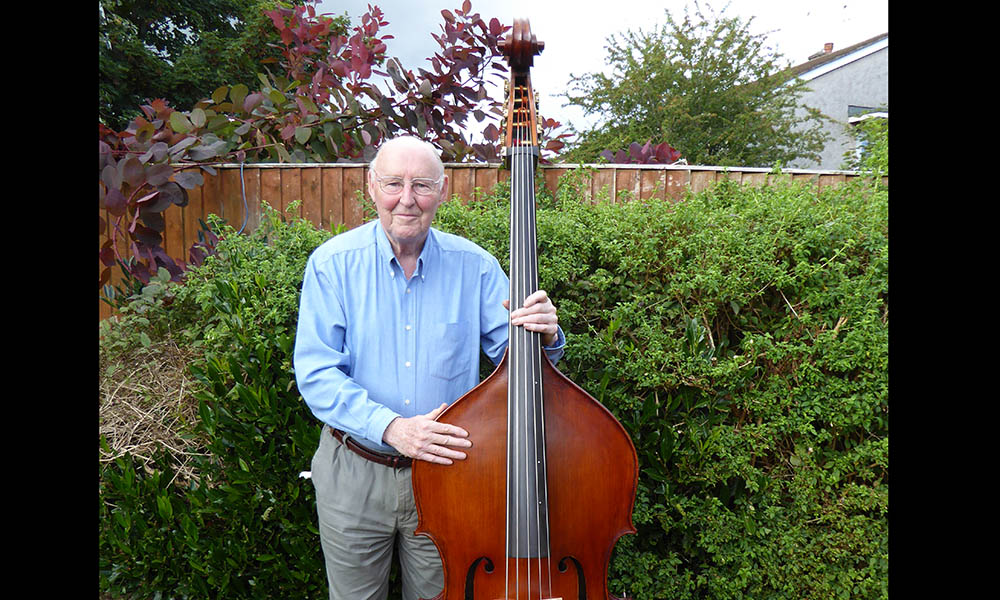 He’s played in more than 2,000 concerts. Yorkshire born, but now a long-term Rhiwbina resident, Dr Edward Hellewell has a story to tell

“My orchestral adventures began in the days of blackouts and rationing towards the end of World War 2. I’d started playing the violin at the age of 7, and by the age of 9, I’d played my first full symphony, sitting at the back of the second violins. It took place in the Memorial Hall in a village in Yorkshire’s Upper Dearne Valley.

“My debut as an orchestra professional came a couple of years later when I was asked to join a local ‘pit band’ accompanying amateur operatic society performances for which I was paid between £1 and 30 shillings for a band call and 5 shows. I was involved with violin competitions too but I never fancied those too much. I did them to keep my parents happy and although I usually ended up in the top 25%, I hated it. A fellow competitor was Rodney Friend and I can’t recall Rodney ever being beaten in a competition. He always performed without music and at the time, I thought what a marvellous memory he must have had. It only dawned on me later that it all came down to the sheer amount of practice he’d put in. Needless to say, he went on to become one of the most outstanding English-born violinists.”

But by the age of 14, Edward had lost interest in the violin.

“I’d realised that violins didn’t have much street cred in the rough and tumble mining and textile district we were living in. I was taking more interest in dance bands, and especially the smaller traditional jazz bands that were getting their own radio broadcasts.

“My violin days ended quite abruptly when I entered a competition and was placed way down the list of competitors. The adjudicator told me that I needed to work on my technique. He was probably being cruel to be kind, but I was so disgusted that I threw the music away and vowed never to play the violin again. I thought my parents, who were both music lovers and competent pianists would hit the roof but to their credit, they took it with good grace and didn’t try to persuade me otherwise.”

Despite music being part of Edward’s life for so long, he didn’t miss the daily practice.

“I honestly felt a sense of freedom and for several months, I did nothing. Then one evening, I happened to call around to see a friend of mine who was a cornet player. His dad was the conductor of a colliery band, and he was sitting in the corner reading a newspaper. He looked up from reading his paper and asked me:

Up until then, I hadn’t thought of playing a brass instrument but I agreed to give it a go. I was given an old, patched-up trombone and I practised hard. The bandsmen taught me a lot. Here they were, working-class collierymen, but also skilled musicians too. I felt like they were teaching me how to be more than a musician – they were also teaching me how to be a grown up.

“I made good progress but some players suggested to my Dad that I would benefit from private lessons. I was taken under the wing of Grenville Richmond, principal trombone of the world famous Brighouse & Rastrick Band. Every Saturday morning for 3 years, I’d have my lesson at Grenville’s parent’s house. Subsequently, three nights a week at Barnsley Technical College after a shift on the coal face eventually won me a County Major Scholarship. During these times I was able to freelance in the brass band, dance band and jazz band worlds.”

Edward went to Leeds University to study mining engineering. He took his love of music with him:

“The trombone went along with me and I joined the university orchestra. During the second year, Frank Mumby the conductor came to me saying that they’d lost their double bass player and asked if I’d like to have a go. I told him that I’d only ever played it pizzicato in a dance band. ‘Don’t worry too much about that. You’ll soon pick it up.’ he said.

“He told me that the bass and its bow were in the practice room and when I got there, I was horror struck to find it larger than I was expecting and worse – it had four strings and I had no idea what they had to be tuned to. In a panic, I rushed down to the nearest music shop where I bought for 2/6d, a 32 page book called How To Play The Double Bass – I still have it today! I reckoned that in no time at all, my virtuosity on the double bass would be guaranteed. Sadly, progress was disappointing. I warned Frank about this and he told me to simplify the parts just as bass players of old.

“As the opening number, we played Beethoven’s Egmont Overture and with dreadful intonation, I just played what I could. I don’t think Beethoven would have been too impressed with what I’d done to his work but I did start enjoying the feeling of providing the low notes to the orchestral sound.” 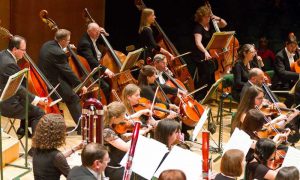 Edward’s gradual move to the double bass came about while he was in his early twenties:

“An invitation saw me playing trombone in the Huddersfield Philharmonic. After university, my interest in the double bass continued and I managed to borrow one from a family on the outskirts of Huddersfield. I was getting bored in the trombone section and mentioned the fact that I was interested in the double bass to the orchestra’s section principal. He immediately thrust his Italian Ceruti masterpiece in my direction and asked me to show him what I could do. A few major scales and a few bars of The Elephant and the role was mine!

“Over subsequent years, thanks to a lot of hard work, my competence as a double bass player grew and I was able to play with orchestras in many parts of the UK. I joined the Cardiff Philharmonic in the late 1980s and have been with this excellent orchestra ever since.

“I’m often asked what it’s really like to play in an orchestra. Leaving aside the emotional aspects for a moment, much depends on the physical environment where the concert is taking place. A nice bright air-conditioned concert hall certainly inspires confidence in a musician. Lighting is also an important factor, especially when you’re looking to spot notes and marks on the score, which can be a devil in gloomy surroundings.

“Perhaps the most trying and sometimes depressing venues are churches and cathedrals. They are often cold and draughty with dreadful lighting. Space restriction can also be an issue. On the emotional side of things, one can only speak from personal experience. But of that experience, emotions range from elation, to inner calm, sheer terror and boredom. For me, Nimrod from Elgar’s Enigma Variations is very emotional and so beautiful to play that I could almost cry. I’m similarly affected by the slow movement of Beethoven’s Violin Concerto.

“Going away on tour from the orchestra’s main base can also be tiring but it’s usually a fun experience. There’s a lot of light-hearted banter and opportunities to get to know your colleagues better.

“Of course, part of the thrill of live music is that there are no second chances. There is constant pressure to achieve perfection which can place enormous psychological stress on a performer. A tough mental attitude can help and in some ways, makes us similar to sporting types such as snooker players or golfers.

“Despite their undoubted skills, professional orchestra musicians, in my view, are seriously underpaid. In what other profession do members begin their studies often well before they have reached their teenage years? From thereon, there is no let up either, with working for grades, competitions and auditions. Despite all the uncertainty, the pool of young talent doing the rounds of auditions seeking a permanent orchestral position is huge.”

Edward is very reflective of his decades in music:

“Over 60 years of bass playing has taken its toll. 10 years ago I had to undergo an operation on my shoulder to have a chunk of bone removed under general anaesthetic.

“The difficulties of playing the bass stem entirely from its size. Transporting such a heavy and unwieldy instrument also presents its own problems. There’s the issue of getting the instrument from the car into the concert hall, wherever it may be. Flights of stairs and spring-loaded doors are a bass player’s nightmare.

“Finally, it is worth noting that the bass is quite physically demanding to play and requires a fair amount of strength, particularly in the fingers, often resulting in chronic arthritis. For this reason, compared to other orchestral instruments, prolonged periods of practice on the bass are not possible. This excuse can be used to good effect by youngsters who are reluctant to practice.”

To celebrate his long bass playing career, Edward has written a light-hearted and informative book You Can’t Get Lower Than This – Notes from a Veteran Orchestral Bassist which has recently been published by Graig Press.