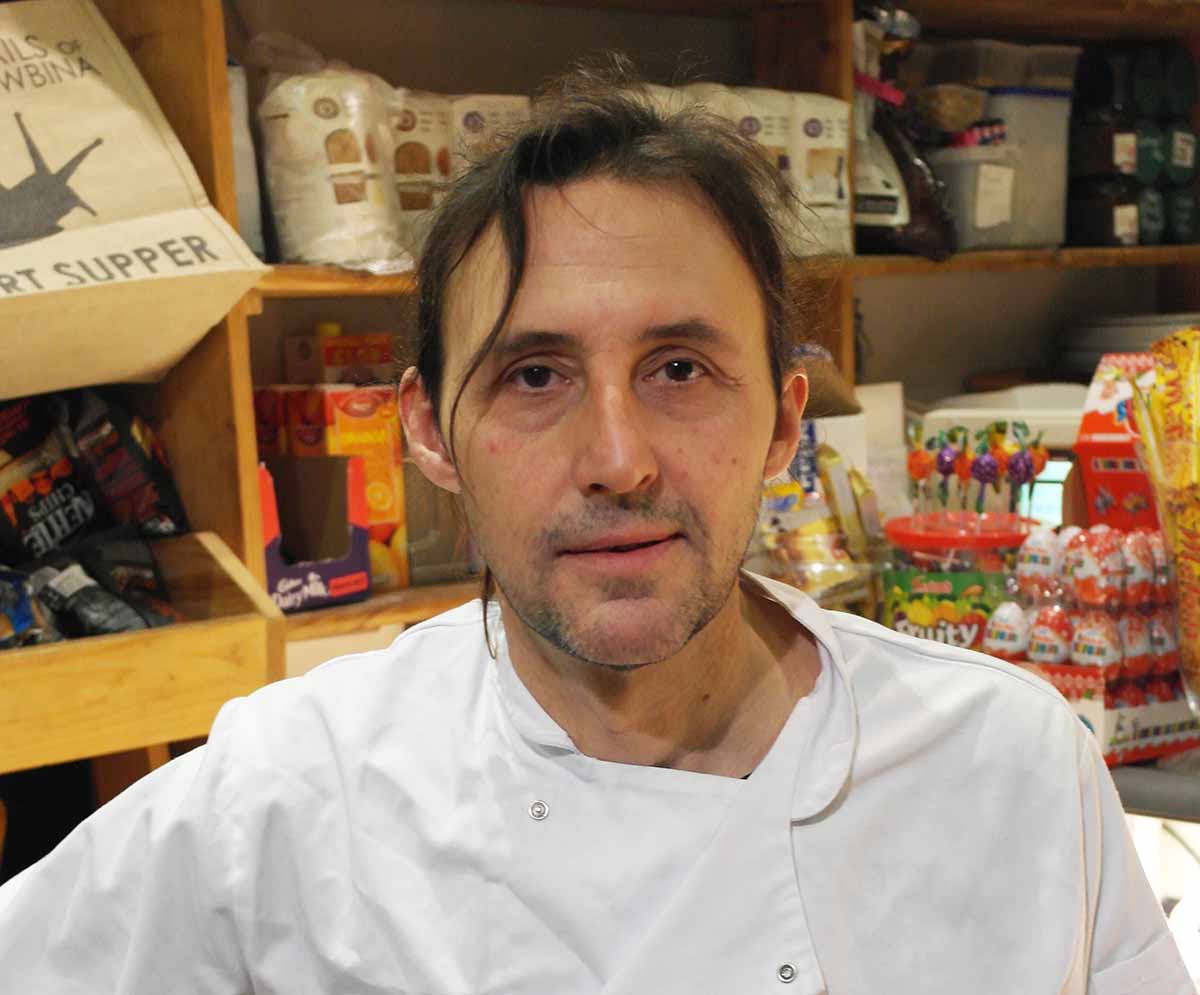 Of all the accents you’d expect to hear in Rhiwbina village, perhaps one that you’re not expecting is one that hails from the other side of the Atlantic.

Andrew DeLaura, or Drew as he’s known to his friends and colleagues, has been evening chef at Snails for two years. But his story goes back to the other side of ‘the pond’.

“I started cheffing when I was 17 years old. I started work at a great cousin’s diner in Groton, Connecticut. My father was always cooking – that’s what Sicilians like to do and he always had something on his stove.”

After living extensively in the States for a few years, Drew travelled to France where he spent 4 months cheffing on a voluntary basis.

“I was cooking for a Tibetan teacher. I learnt a lot from him about life.”

“I arrived here four days before my son was born – I wouldn’t have missed it for the world.

“I managed to land a job at Hooters restaurant in town but I couldn’t bring myself to start there. I knew I had more to give than that. I’d already met Rupert so I called him up and asked him if he was looking for anyone. By pure chance he was and I started work straight away. It confirmed my belief that a new door opens for you just when you need it in life.”

Snails was already employing a full-time chef when Drew arrived.

“He was a very good chef but unfortunately, he injured his wrist and I had to step up to the mark. Rupert showed me the menu and I told him that I could do it and no one would know the difference.”

Drew took charge, creating dishes from the original menu before starting to create dishes of his own.

“When I make a dish, it’s important to me to keep its cultural integrity. I want it to taste the same as ‘when momma made it’. That’s why I cook what I call upscale comfort food. Everyone eats but not everyone eats well. I prefer to cook for others. I find that it’s not about what I want, it’s what the recipient wants. Food is a celebration of life and my favourite thing to do is cook at home for family.”

“We’d been talking about doing it for years. In the end, we decided that we either do it or stop talking about it. We cater for up to 67 covers and we are kept busy all night. That’s why I’m so skinny! There’s an old saying that says ‘Never trust a skinny chef’. I’d like to debunk that myth because it’s simply not true! We’re usually the ones doing all the work!”

Drew has now made Rhiwbina his second home.

“I love meeting new people and the people I’ve met in the village have really made me happy. I have made all sorts of new friends and I enjoy having a laugh and a joke with them when I meet them on bistro nights. We’ve got a great team here – Francesca, our day chef deserves a huge amount of credit for the success of Snails.”

As for his food:

“My aim is to keep it simple because that always seems to work the best. I want to make soul food – food for the soul.”

Drew’s passion for food and for making people happy is at the heart of his creativity.

“You can have two dishes that are the same, one made with love and one without and they will look and taste different. I cook my food with love.”

Drew’s impact on the village is already being felt and hopefully his legacy will be long-felt.

“Several days ago, I checked up on a restaurant I used to chef for many years ago in the States and they still had one of my dishes on their menu,” says Drew.