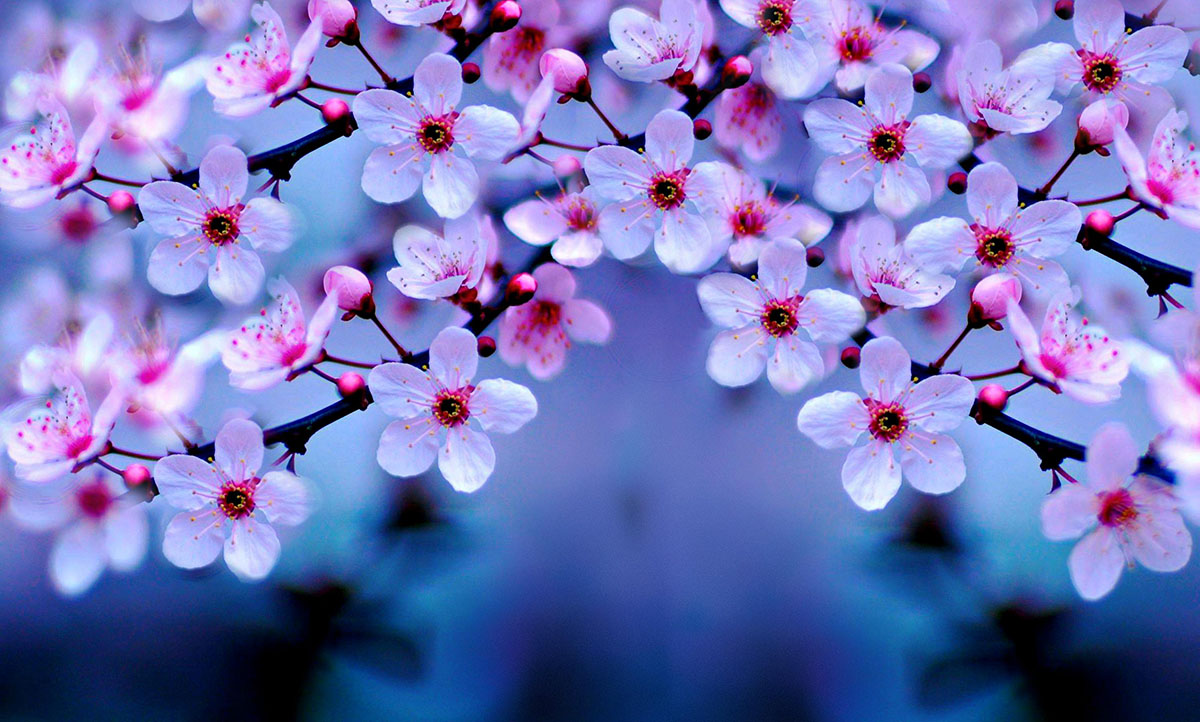 The arrival of spring is celebrated like that of a cherished guest and I almost reach for the bone china and cake stand.

It seems to be the longest of the seasons, stretching from the uncertain flowering of the first bulbs to the voluptuous blooms of the first rose of summer. Winter flowers don’t count – spring is at hand when the snowdrops fade, not when their buds emerge tentatively through residual snow.

The procession of bulb flowers from early crocus, iris and narcissus ‘Tete a Tete’ or ‘February Gold’ are soon caught up by a fanfare of golden trumpets from proper daffodils such as ‘Dutch Master’ and ‘King Arthur’. If spring starts with the dwarf narcissus, it surely comes to a crashing crescendo with the onset of the tulip season – from the subtle small species, tulips, tulipa tarda, through to the huge yellow goblets of Dutch hybrids like ‘Golden Apeldoran’ and the dark and mysterious ‘Queen of the Night’. The stylish lily-flowered forms such as the bright orange ‘Ballerina’ blooms through the warmer days of spring, throwing their petals wide open to greet the sun and any passing bees.

You may still require a winter coat to appreciate the daffodils but tulips can be enjoyed in shirtsleeves surrounded by the hum of insects on the wing.

Another spring bulb to enjoy is the snake’s head fritillary Fritillaria meleagris, whose checkerboard purple and white nodding bells resemble reptilian skin. The tactile, fluffy white catkins of pussy willow, usually grown in the more compact form of weeping Kilmarnock willow are another seasonal treat when the golden anthers emerge and associate well with native primroses growing about their feet, much to the delight of early foraging bees.

Time spent in the garden in early spring is precious as the jobs that used to be done in autumn such as cutting back and clearing leaves can be completed now, having given shelter to wildlife throughout the winter. Missed pruning opportunities will soon be regretted as the weather improves and plants burst into life once more – whether we are ready for it or not. Day by day, the garden changes as leaves unfurl, hesitantly at first but soon with an urgency that is hard to contain. Shoots race up and flowers erupt into an abundance of colour. Even if growth has begun on plants such as roses, it is still best to cut them hard back to encourage healthy new growth which will flower more strongly later in the year.

The large forms of trees are obvious indicators of spring. Prunus subhirtella ‘Autumnalis’ bears an occasional blush pink flower throughout winter whenever the sun shines for a day or so and temperatures deign to stay above freezing. An extraordinary transformation occurs in early February when previously unremarkable trees reveal themselves to be the ornamental plum, Prunus ceracifera, as pale lavender-pink blossom billows across suburbia, there is no going back now – spring is truly sprung.

Ornamental cherry blossom soon follows; Prunus ‘Okame’ is among the first and most striking, shortly followed by a plethora of Japanese hybrids such as the bright pink Prunus ‘Kanzan’ or the Great White Cherry, Prunus ‘Tai Haku’. For a few weeks, Britain’s parks and gardens resemble those of some Eastern paradise, westerly gales and April showers notwithstanding. The flowering season of ornamental trees is multi-layered in its complexity, some requiring longer days, others responding to the increasing warmth of the sun and the two do not always go hand in hand. In some years, the display goes on for months but when a hard winter is followed by a warm spring, the whole display is concertinaed up into a few hectic weeks.

The steady procession of blossom on trees and shrubs slowly builds and threatens to become a riot before the calming green leaves emerge to restore order and outrageous individuals are merged in one homogenous verdant crowd.

Foaming hedgerow blackthorns are mirrored in the orchards and fruit gardens by the damson, gage and plum trees which are star-spangled white, shortly followed by pears and finally the pretty, pink buds opening pure, perfumed white of apple blossom which light up the garden like great white torches before scattering their floral confetti around the garden leaving an unfeasible number of miniature fruitlets behind. Perhaps the epitome of spring is the blossoming of the fruit trees which, given good weather will ensure a fruitful autumn harvest. It is the activity of the wildlife in the garden that alerts us to the onset of spring, the dawn chorus will have gained in volume and length as the season advances; the chirruping of birds alerts us to their constant motion in their quest for food and nesting materials. Bird feeders and bird baths should be topped up as required to help fuel their activity. Now is the time to see wildlife gardening in action as the roses and fruit trees are stripped of their aphids and caterpillars, providing food for their growing broods, an experience denied to anyone impatient enough to spray insecticides about with abandon.

Some days have to be abandoned due to bad weather but increasingly bright dry days are to be celebrated although still on the cold side. Seeds can be sown for the season ahead. Caring for young plants brings out the protective tendencies in all of us, for they must be cosseted against the cold until they can stand up for themselves. Slowly the days lengthen and hastily grabbed moments spent in the garden between spring showers are soon replaced by long sultry evenings spent dead-heading roses in the honeysuckle perfumed air, as the nights shorten to indicate summer has finally arrived.