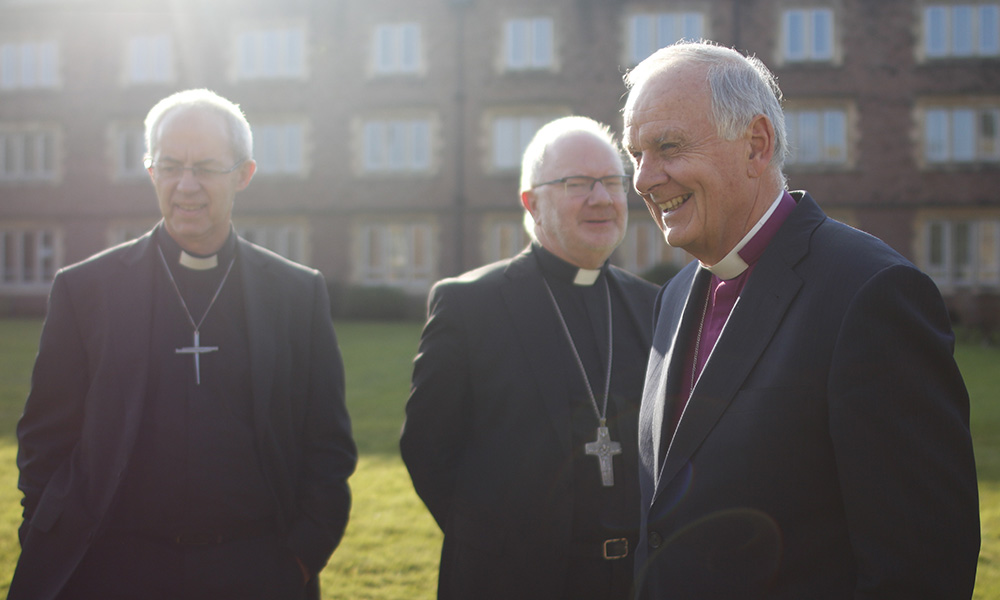 Until January this year, he was the longest-serving archbishop in the worldwide Anglican communion. For 17 years, he was also the Bishop of Llandaff. For Dr. Barry Morgan, a life dedicated to the Church was always something that was more than a possibility.

“I was born into an Anglican family in Gwaun-Cae-Gurwen, near Neath. Our nearest church was three miles away and my mother and grandmother would take me there for Evensong. However we attended chapel for the morning service as there was one close to our house.

“My family will tell you that I always wanted to be ordained but there was a time when I wanted to drive a double decker bus.”

After leaving school, Barry studied History at University College London, graduating with a Bachelor of Arts degree in 1969.

“During my first year at university, I didn’t attend worship at all. It was only in the second year that I visited the university chapel. From then on, it was a gradual realisation that I was running away from the calling by not attending church.”

Barry was ordained as a deacon into the Church of Wales in 1972. He became a priest the following year in 1973, becoming a curate in the parish of St Andrews Major with Michaelston-le-Pit.

From 1977-84 he was chaplain and lecturer at the University of Wales, Bangor, and Rector of Wrexham for two years before being appointed Archdeacon of Merioneth in 1986.

“I was made Bishop of Bangor in 1993 before being translated to Bishop of Llandaff in September 1999. I became Archbishop of Wales in 2003. Of course, there were challenges in doing the two jobs at once. There was a lot of juggling and I had to work hard to give the two roles the justice that they deserved. It was very demanding because as Archbishop, I was asked to do a lot of other things internationally.”

During his tenure as Archbishop, Barry has championed many changes throughout the Church in Wales, including a change in its law to enable women to be ordained as bishops. He also oversaw the implementation of a radical strategy, 2020 Vision, which aims to help the church grow and prosper in the approach to its centenary year. In public life, he has also campaigned for various causes, most notably for a fair devolution settlement for the Welsh Government, and speaking out on matters of moral concern.

“Being in such a public role also challenged me in certain aspects, especially when it came to my personal opinions on current affairs. Giving the official viewpoint of the Church was something I had to maintain but sometimes I felt that I had to lead the way on certain topics.”

Barry announced his retirement last year after more than 17 years as Bishop of Llandaff.

“I was supported through the challenging times by my wife Hilary, who I sadly lost to cancer last year. Without her, things would have been much more difficult.

“The role brought me great joy at times though. I’ve been very privileged to meet lots of people I would never have met, and I have been to places that I would not have visited, had I not taken on these very special roles. Two days have never been the same because the job was so varied.”

Llandaff is one of six dioceses that cover Wales, and one that covers most of Glamorgan.

“Llandaff will always be a special place for me as that’s where I was first ordained as a deacon back in 1972 and where I finished my career many years later. It’s such a compact area geographically but it’s a very important area because nearly half the population of Wales lives within the Diocese of Llandaff- well over a million people. It’s the most densely populated and industrial area of the Welsh dioceses.” 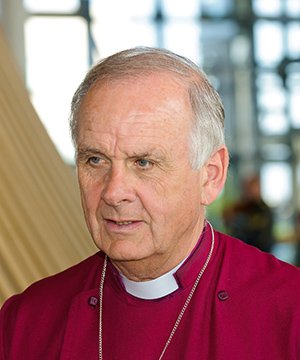 Shortly before his official retirement, the Church In Wales made history by electing its first female bishop. Canon Joanna Penberthy was consecrated as Bishop of St Davids at Llandaff Cathedral in January.

“I’m enormously proud that we have elected a woman bishop,” says Barry. “It’s something that’s actually been possible since 2013 but hasn’t happened until now. Bishop Penberthy has got there on her own merit. The great thing about our women clergy is that they did not give up or become cynical or bitter.

They dared to trust and dared to hope and so are part of a long and distinguished company of people in the Old and New Testaments who trusted in God’s promises and hoped against hope that all would be well. What matters is not gender but suitability, character, gifts and that was why Joanna was elected as bishop.”

With Barry now retired, the search is on for the next Bishop of Llandaff.

“As for the next Bishop of Llandaff – well, I for one won’t be offering any advice. Every person who takes on the role is different and will bring their own qualities to the job.”

As Barry heads into retirement, he reflects on what has been and also what could have been:

“It has been an enormous privilege to serve as Archbishop of Wales and Bishop of Llandaff and to do so during such a momentous era in Welsh life. It’s been a rollercoaster ride, but all along I have been sustained and inspired by the people I meet, day in day out, who live out God’s love in every part of Wales through their commitment and devotion to their churches and communities.
“Retirement will be more difficult than I imagined as it won’t be the one I was expecting without my wife Hilary. I’ll make the most of seeing my children and my grandchildren though.”

Reflecting on Barry’s ministry, the Archbishop of Canterbury Justin Welby said Barry would be deeply missed.

“Barry was one of those on the interviewing panel for my appointment as Archbishop of Canterbury, and was notable for the quality and courtesy of the questions he asked. More than that, his follow up and every contact since has been gracious, encouraging and full of the presence of Christ. Caroline [Justin’s wife] and I stayed with him and Hilary about two years ago and we realised the depth of their partnership, the contribution she made to his ministry and the deep loss he has felt since her death. Barry has been an extraordinary servant of those places where he has ministered, of the Church in Wales and of the whole Anglican Communion. We will miss him very deeply indeed.”