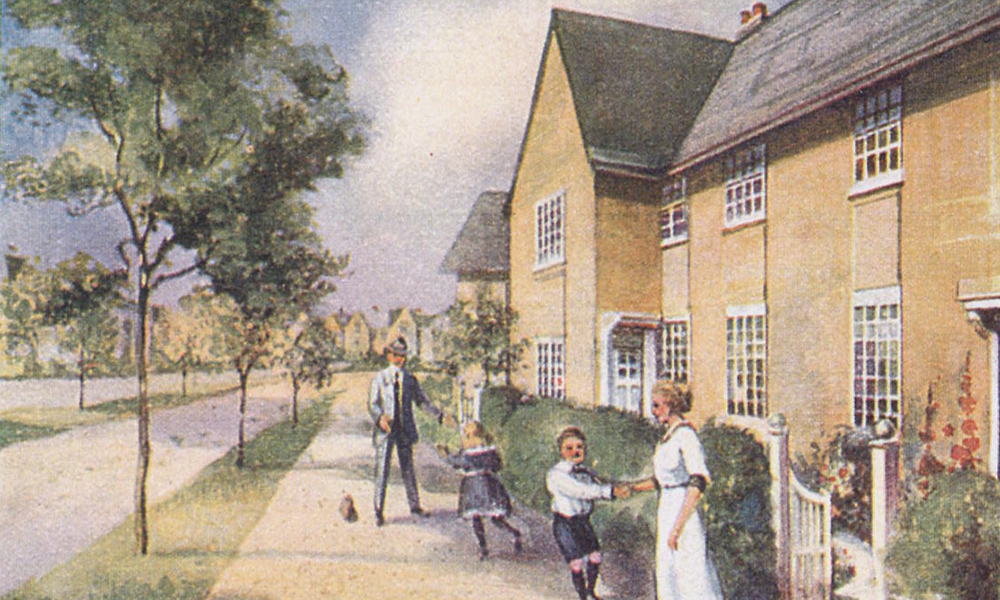 The Garden Village maintenance team was once a common sight around Rhiwbina. It was led by the irrepressible Jim Heath

Rhiwbina residents Mary Clarke and Jeff Heath share one big influence in their lives – their father, the late Jim ‘The Plumber’ Heath.

Jim was a familiar face around the village for many years. As part of the Garden Village maintenance team, Jim visited many of the houses in Rhiwbina. Like his Dad, Jeff also became a plumber.

“I regularly go to people’s houses around Rhiwbina to fix things. I have to take out cylinders from people’s airing cupboards and take up floorboards and everywhere I go, I find Woodbine packets that belonged to my father who had been there many years before,” says Jeff.

“When we first moved to Rhiwbina, the foreman of the maintenance crew was a chap called Ted Rees. Our Dad came here in 1932 and when Ted Rees retired, our Dad took over as the foreman. I left school in 1958 and took an entrance exam to the Metropolitan Police and was accepted but I couldn’t join until I was 16. Because I was only 15 at the time, my mother and father didn’t want me just kicking around for a year so they gave me a job as an apprentice plumber with my Dad.

“After a year, I liked it so much that I wrote back to the Metropolitan Police and said that I was happily employed. There were nine of us in the maintenance team then – painters, decorators, plumbers, carpenters, plasterers and gardeners. In those days, the Garden Village was run as a company so we were responsible for the maintenance of the houses in the Garden Village.

“My first job of the day was to cycle to the shop and pick up 20 Woodbines for Dad, which would last him until about 5 o’clock in the afternoon,” says Jeff. “The shop also sold fireworks. I didn’t have much spending money back then but one autumn, I asked for a pound’s worth of penny bangers for Guy Fawkes Night. Back in those days, there were 240 pennies to the pound so there I was, cycling back to the village with these bangers bunged up in elastic bands. I had 50 in one pocket, 50 in another, a 100 here and a 100 down my shirt. The shop owner was worried that I was going to fall off my bike and set them off. The fireworks scared the hell out of Dad!” 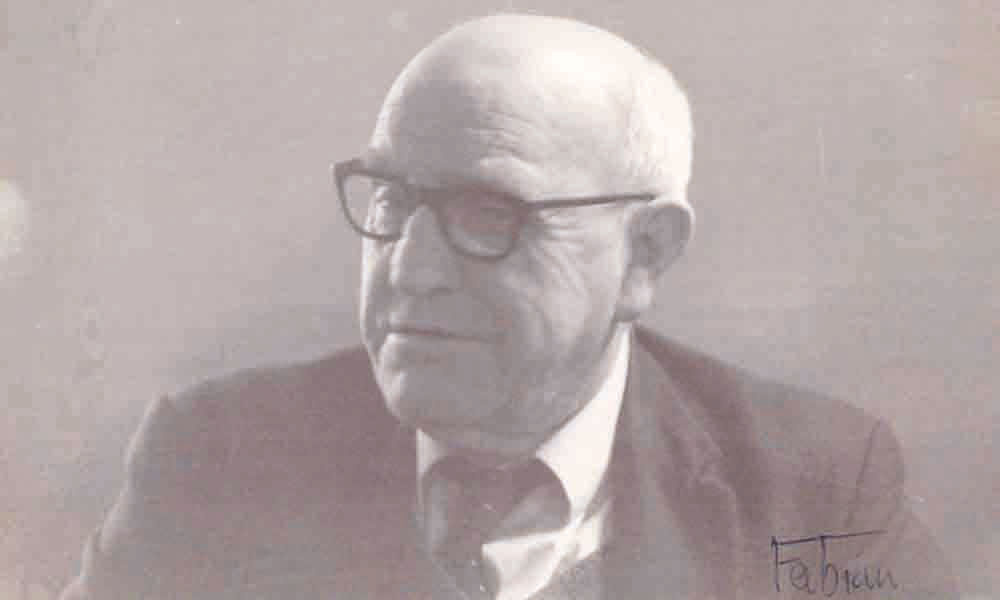 Jim was an unforgettable character around Rhiwbina.

“As a 15 year old, I couldn’t believe how much Dad would swear in front of people when we were visiting the houses. ‘If I can’t bloody fix it, I’ll bloody make sure that no other bugger will,’ he’d say.

“He had two hammers – one for hitting nails in and a bigger one for banging things around. There used be a very popular pianist around at the time called Winifred Atwell and she would play honky tonk music on one piano and then head over to the grand piano to play classical music. As she moved between the two pianos, she’d say ‘Now over to my other piano.’ When Dad wanted his other hammer, he’d always say ‘Pass me my other bloody piano.’ It’s a phrase I still use today!”

Everywhere I go, I find Woodbine packets that belonged to my father who had been there many years before

The residents of Rhiwbina themselves featured in some of the more memorable events over the years:

“We had a call from a woman one day who could hardly talk because she was crying so much. We knew everyone in every house very well. This time, it was Mrs Walford on Heol-y-Deri so we went running around to see what the problem was. She’d bought a carpet, nailed it to the floorboards and hit a water pipe. She could hear all this hissing.”

But that wasn’t the end of the story:

“She’d lit a match to see where the water was coming from and BOOM! It was actually a gas pipe. Her eyebrows had gone, her eyelashes had gone, her hair had gone and when we got there, there were still flames shooting out from under the floorboards. All she had to do was turn the gas off but she didn’t do that. She went next door to phone us and left the house burning instead.”

“Novelist Jack Jones lived in a house on Pen-y-Dre where a cylinder had exploded and it brought the entire ceiling down in his lounge. We cleaned it all up but Jack told us to leave it as it was, even though they had no ceiling. A few months later, a house became empty on the other side of the road so as the maintenance team, we went in to decorate it. We put in a new kitchen and a new bathroom – completely decorated it from top to bottom. Bill Roberts, the secretary of Rhiwbina Garden Village, gave me the keys and told me to see Jack and his wife Gladys, and to tell them that they could come and have a look at this house that we’d just decorated. We told them that if they wanted to move in, they could. Gladys was absolutely thrilled to bits with the new house. Jack however, said ‘Tell Mr Roberts that it’s a very kind offer but we are happy where we are’ and that was that.”

For Jeff, every part of Rhiwbina holds a memory of his father.

“On the corner of one street, there was a house with a large front garden and a goldfish pond and if we had hard rain, the pond would overflow. The whole garden would disappear under water from the pond. If my dad was passing, he’d get off his bike, go inside their gate and put the fish back in the pond. I always remember seeing these fish drying out on the garden and Dad putting them back in the pond.”

Jeff’s sister Mary, now herself a well-known resident of the village held her father in great esteem:

“Dad’s bike was held together with a lump of putty and on top of the putty was usually a wonderful Webb’s lettuce because he used to grow them – someone would always be having a lettuce delivered. And if he wasn’t doing house maintenance or delivering lettuces, he would be repairing their clocks at our home. He forever had a big easel in the room and we’d all have to walk around it. On the easel, he’d hang these clocks that he was trying to get working.

Our father had a great ability to think outside the box. There was no such thing as ‘We can’t do it’. There was always a way around things

“Dad also had a Dai cap that he’d use for all sorts of things. As a youngster, I used to like catching dragonflies. Dad would take us up Cefn Onn for a picnic, alongside the stream and he would take the cap off his head and catch these dragonflies in it. He also used his cap for putting out fires.

“People only ever knew me as Jim’s daughter. They never knew me by my name. But he taught me a lot. Our father had a great ability to think outside the box. There was no such thing as ‘We can’t do it’. There was always a way around things.”

For Mary, the true sense of community that was such a feature of Rhiwbina when Jim was alive, still resonates today.

“We lost our way a little bit over the years but more recently, it has crept back. Every year, I stand around that Christmas tree in the village and sing carols with the other villagers. A few years ago, there were just a few of us, but these days you can’t see to the back of the crowd. It’s lovely to think that we are all Rhiwbinans, all living together, all pulling together and all putting life back into the village.

“Hopefully, it’s something we’ll build on for the future.”