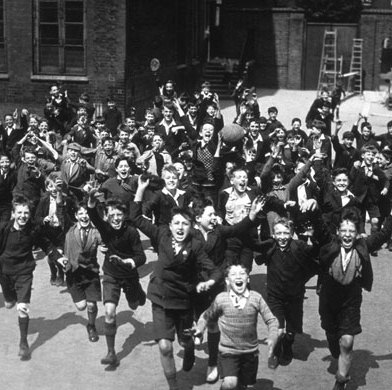 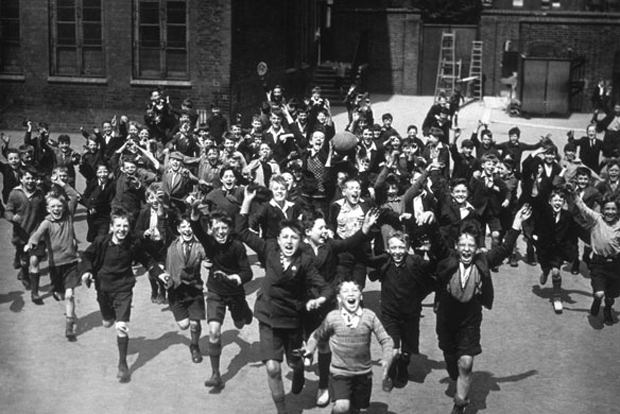 You could tell I was worried – just as most ten year olds had finished with that sort of thing. I had started to wet the bed.

I had come to live in Whitchurch having spent an idyllic early childhood in the Rhondda Valley. Mind you, Whitchurch could have been Garmisch-Partenkirchen as far as I was concerned. It was a different world, a world where freshly-scrubbed kids went around wearing socks without holes; a world where my mother tried to put on a posh accent when talking to the neighbours; and where my uncle, whose butcher shop we lived behind – as we had done in the Rhondda – started fiddling his middle class customers, a thing he would almost never have done up in the valleys.

At Whitchurch junior School, they didn’t know quite what to do with this strange-sounding, podgy little urchin who stood before them in his bendy tortoiseshell National Health specs. But eventually, they stuck me in the back row of Standard 4A. I had descended upon them as the annual ‘sitting the Scholarship’ fever was gripping the place. In those days, as well as grooming the swots in Standard 5A for exam, they also entered a few children from Standard 4A, picked at random – ‘just for the experience’.

Dear reader – I passed the Scholarship!

I reluctantly took the letter home from ‘Tosser’ Thomas, our Headmaster, to give to my mother.
“I doan wanna go, Mam.”

“Well, let’s see what your father has to say when he comes home from work shall we, cariad?”
“I doan wanna go, Dad.”

“You’re bloody going and that’s an end to it!”

And so, as I prepared for another traumatic move, the scene was set for me to become the youngest kid ever to Amo Amas Amat. And to add insult to injury, they told me that I wouldn’t be going to the perfectly good school right opposite Hughes the Butchers in Penlline Road, Whitchurch – that would be too easy. Instead, I was going to have to travel, each day, to some toffee-nosed place out the other side of Cardiff.

Now this is where the worry and lack of urine retention that I mentioned earlier comes in. Not only had they made me leave my beloved home in Ton for the concrete wastes of Cardiff suburbia. But in no time at all, they were interfering with my inside leg at Bon Marche and putting a tape-measure round my head so that I could be togged up with something they called grammar school – and one that was 10 miles away by train, in the bargain.

At ten past seven, on the first morning of term, trembling with fear underneath a massive plastic satchel, and luminous cap, I set off on the long trudge down Church Road to the station.

I will not bore you with every detail of my first day at Penarth County Grammar School. Suffice to say, that the Initiation Ceremony on the train, traditionally masterminded by the Lunatic Fringe of Form 3C, saw my season ticket ritualistically ripped in half and each half placed in each of my shoes which, in turn, were thrown up onto the luggage rack of the compartment. But the extreme wing of Form 3C did not have it all its own way and I did manage to deploy my pencil, sharpened to perfection by my father the previous evening, sufficiently well to put Fatty Llewellyn off his stroke and so prevent my cap from going out of the window during the ‘I throw/you pull up the window strap’ part of the proceedings.

Wetting the brand new short trousers so early in the day because I didn’t know what the word ‘urinal’ meant seemed quite a catastrophe but I’m glad to say that Pongo Daniels, my form teacher, miraculously came to my rescue when he made me stand facing the radiator for half an hour – a punishment for eating my Marmite sandwiches while singing Forty Years On, half-way through Assembly.

My free-floating fear of the unknown continued into the afternoon and manifested itself quite dramatically when the effect of eating my first ever portion of school dinners’ frogspawn coincided with my first ever intake of breath in the Physics Lab during a double period of that strange subject.

The journey home on the train was fairly uneventful except that one of the girls from Form 2B, Myfanwy Evens, who was from the rougher end of Llandaff North, took a fancy to me. That would have been fine if it wasn’t for the fact that the way to pledge my undying love in her particular neck of the woods, was apparently, to smash the object of your affection full in the mouth!

I turned into Penlline Road from Church Road with the strap of my plastic satchel broken the yellow braid of my erstwhile pristine blazer a horrible brown colour, the stiffening of the peak of my cap poking through the material and with half a season ticket clasped in each hand.

In a split second, my mother, who was out talking politely to the neighbours, took all this in, as mothers do – as well as noticing the congealing blood down the front of my white shirt from Myfanwy Evans’s right hook, not to mention catching a whiff of the stale urine gently wafting upwards from my trousers area.

“Oh! My poor cariad!” my mother cried loudly, regressing into her Rhondda Valley vernacular, much to the disgust of the neighbours.

“Whatever sort of day have you had a Big School, my bachgen bach?”