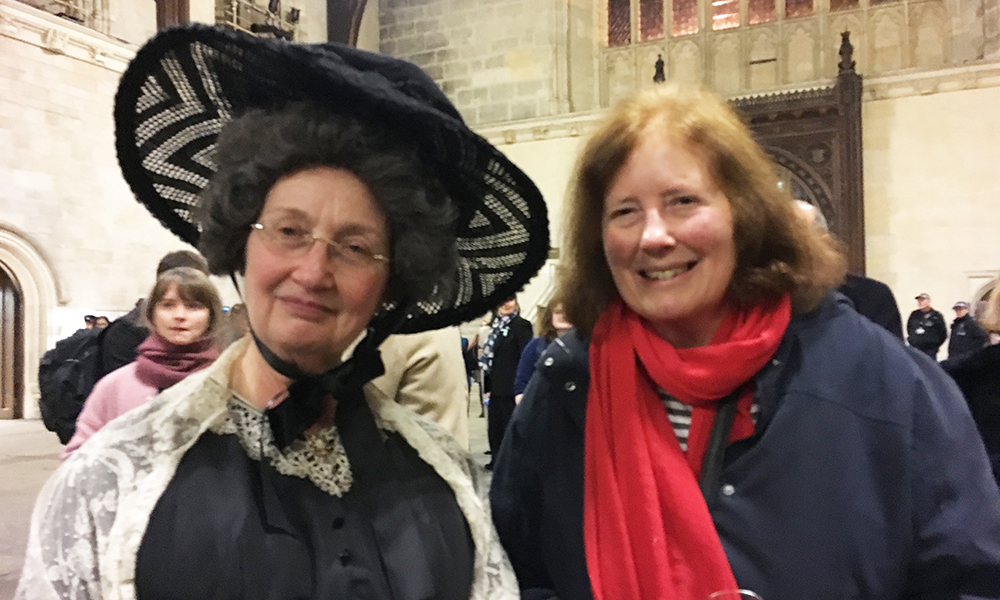 This year is the centenary of women getting the vote and on February 6th (the anniversary of the Representation of the People Act), I was very pleased to be invited up to the House of Commons along with other former MPs to mark the occasion.

Not all women got the vote in 1918 but it was an important milestone. I urge all women, particularly young women, to make sure they’re registered to vote and to use this hard-won right at every opportunity.

In January, I attended the launch of a comic book written by a constituent to encourage more young people to study STEM subjects. The comic book – aimed at Year 6 and 7 pupils – stars a female heroine which I was really pleased about because girls still tend to shy away from careers in science. We know the number of girls studying sciences at GCSE is improving but the number studying A level sciences and degrees is still disappointing.

On January 9th, I held a ‘Caring 4 K9s’ event to highlight the dangers of dog attacks faced by public and postal workers. We heard from a postal workers’ representative about some horrific injuries to posties. We also heard about the work of the Dogs’ Trust which is promoting training and education to encourage people to be responsible dog owners.

At the end of January, I held a ‘Get On Your Bike’ event to promote cycling to non-cyclists and returning cyclists. The idea was to encourage people to use their bikes for short journeys – the school run, trips to the shops and commutes – as often as possible to help promote fitness and cut pollution and congestion.

The event in Whitchurch Rugby Club was packed out and attracted a wide variety of ages – from young to old – and a mixture of experienced cyclists and new enthusiasts.

If you’d like to find out more about guided and social rides, see www.letsride.co.uk.

If you have any concerns or issues please contact my office on 029 2061 4577. I can also be contacted via my website at www.juliemorgan.org.uk, by email at julie.morgan@assembly.wales or through Twitter @JulieMorganLAB