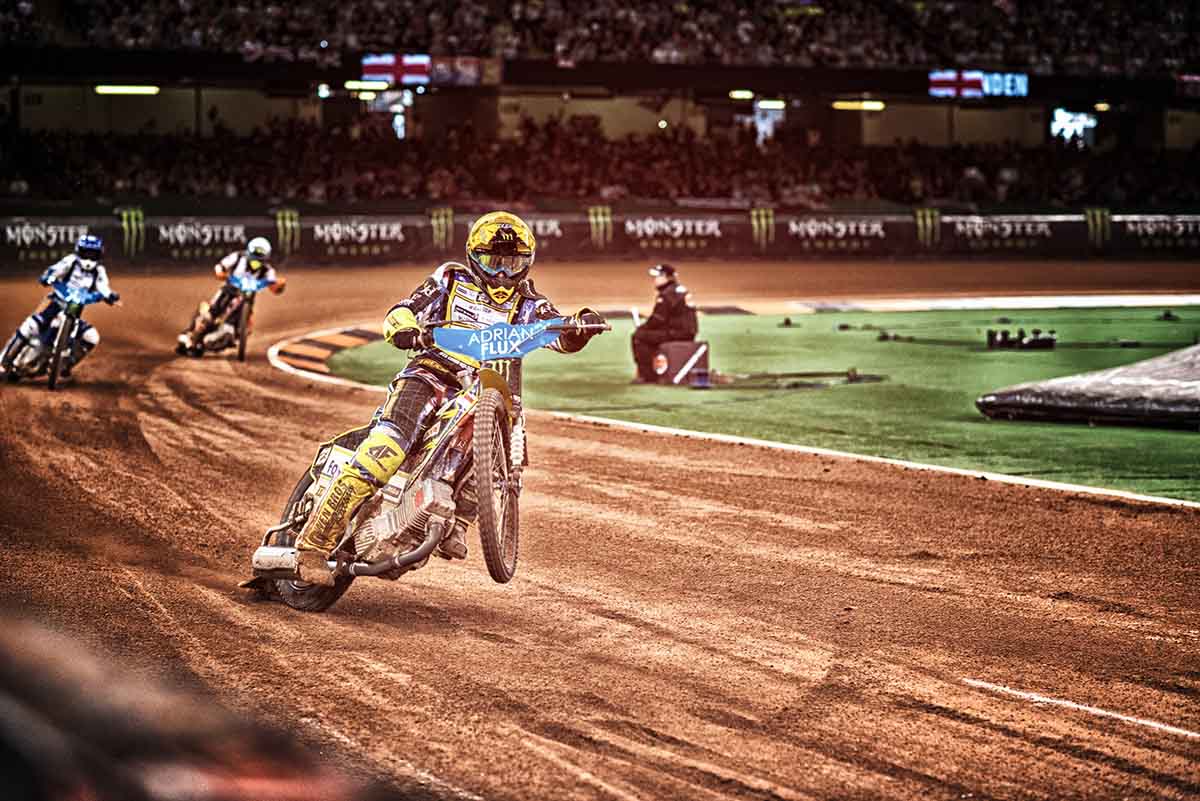 The Adrian Flux British FIM Speedway Grand Prix will once again roll into Cardiff’s Principality Stadium on July 9th, where current British World Champion Tai Woffinden will defend his title. And Rhiwbina Living has teamed up with the organisers to offer you the chance to be there.

From dedicated Speedway followers, to families seeking some high octane entertainment, the exhilarating, non-stop action never fails to thrill and ensures that spectators return year after year. The 500cc bikes with no brakes means nothing is predictable, with the winner only being decided in the last second of the suspense-fuelled evening.

Tai will return this year in a bid to become only the second British rider to win in front of home fans after Chris Harris’ victory at the stadium in 2007.
We have a pair of tickets for the Adrian Flux British FIM Speedway Grand Prix 2016 up for grabs and all you have to do to be in with a chance of joining in the thrilling action and cheering on your favourite rider is answer this question:

Who is the current Speedway World Champion?

Send your answer on email to editor@livingmags.co.uk by June 30th at the latest to be in with a chance of winning.
If you’re not lucky enough to win, you can book your Adrian Flux British SGP tickets online from www.seetickets.com. Tickets will also be available on the day from the WRU Box office.