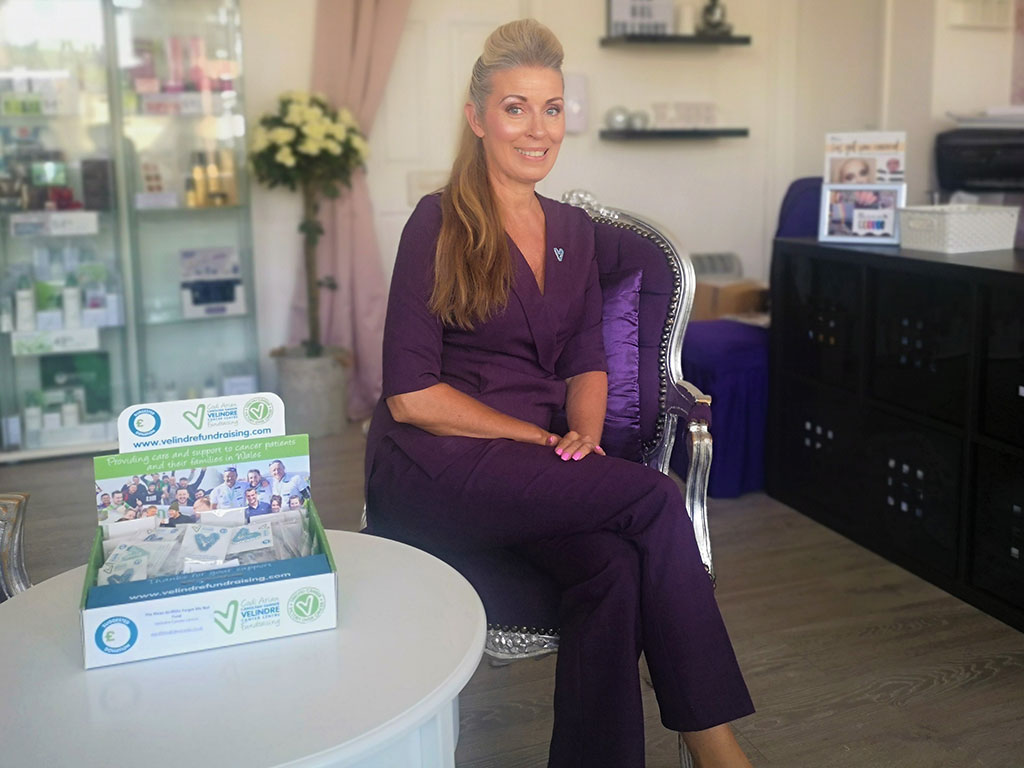 The owner of a Cardiff-based beauty Salon is spearheading a ‘prepare to smear’ campaign to encourage women to attend their cervical smear tests.

Lacy Farrow, of La Beaute Boutique in Whitchurch, is inviting women for a free intimate wax to help them feel more confident when attending their smear appointment.

Cervical screening aims to prevent cancer from developing in the cervix and is often perceived as embarrassing and painful. Lacy often has conversations about cervical smear with her clients, who squirm at the very thought of it.

“I have been in the beauty industry as an advanced practitioner for many years and actively drum the importance of cervical screening into my clients. I am also a campaigner to lower the age of invitation to attend screenings from 25. I’ve told waxing clients that the waxing procedure is more painful than the smear test itself.

“I feel blessed to own my award-winning salon and want to give something back to the community. Cervical cancer is the most common cancer in women under the age of 35, but it can affect all ages. Early detection can save lives and if I can encourage a handful of women to attend screening, by offering a simple, free service that makes them feel better about themselves, then I will.”

In Wales, around 160 women a year are diagnosed with cervical cancer. A cervical smear test will look for high-risk types of the virus human papillomavirus (HPV) that can cause cell changes. Treating the changes early can prevent the cells developing into cervical cancer.

Supporting Lacy’s campaign is Wayne Griffiths, a retired solicitor from Llantrisant, whose daughter, Rhian, died aged just 25 from cervical cancer. He is an Ambassador at Velindre Cancer Centre Fundraising and a is Chair on the Welsh Volunteering Forum and a member of the UK Forum at Macmillan Cancer Support.

“I very much echo the sentiments and aims expressed by Lacy set out in her ‘prepare to smear’ campaign. My daughter Rhian, was 25 when she died of cervical cancer in 2010, after being diagnosed at 23.

In 2013, the age people were invited for a smear test was controversially increased to 25 in Wales. Therefore, below that age there is no effective method of monitoring the health of young women and when symptoms present in smear tests, there may be a lost opportunity at an early stage to detect cancer and save lives.

With regards to poor uptake on screening of women aged 25 and above, Lacy’s proposed programme of encouragement is a very pivotal step forward. I speak regularly to groups of young women as well as young men regarding the need to increase the awareness of cancer and stressing the necessity of not being too embarrassed to attend a GP surgery to attend checks. “

Lacy, originally from Alabama, US, single-handedly runs La Beaute Boutique and fits the free service around commitments she has to her paying clients. The salon has been named as the Most Wanted Salon in south east Wales and was awarded a place in the Top 100 salons in Wales, in the Welsh Hair and Beauty Awards 2019.

Encouraging women to attend their smear tests is not Lacy’s only objective; she wants to inspire and encourage other beauty salons to follow-suit and offer similar ‘prepare to smear’ incentives too.

“This is about raising awareness and proactively trying to make changes. It’s not about dictating how women should groom or about making money, this is about using a successful business model to create something positive. I want the whole beauty profession to join in.”

Lacy asks that women bring a confirmation letter for their cervical smear to their appointment and she will wax away the fear of the smear.