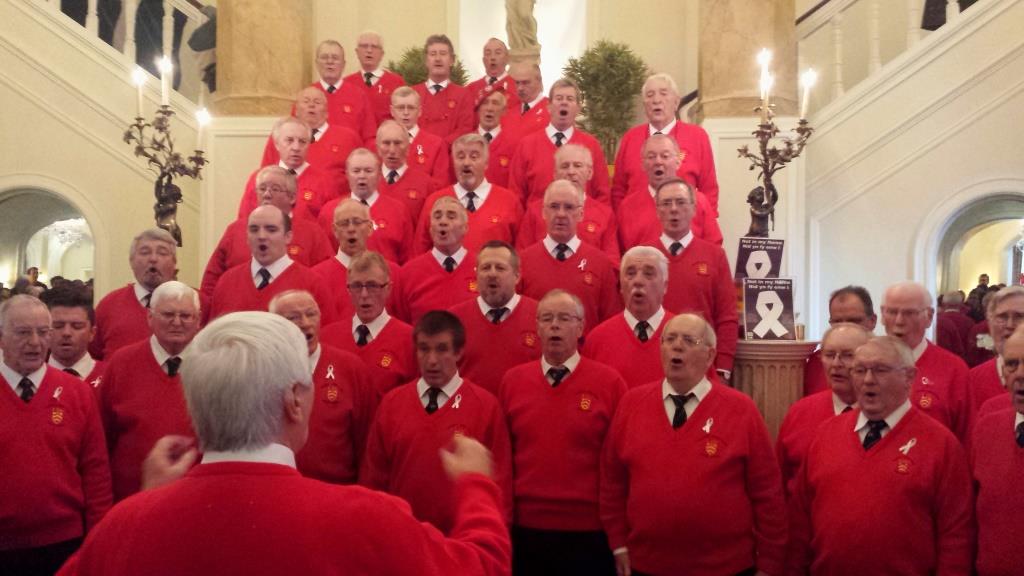 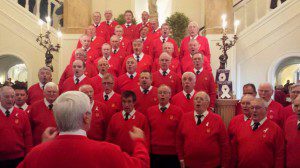 The Cardiff Arms Park Male Voice Choir recently performed at The Angel Hotel in Cardiff ahead of the victorious Welsh rugby win over South Africa.

The choir were performing wearing white ribbons, in support of the Not In My Name campaign, which engages men in speaking out against violence towards women.

The National Federation of Women’s Institute Wales and Joyce Watson AM, Assembly Member for Mid and West Wales, are urging groups, clubs, associations and workplaces in Wales to pledge their support for the campaign.

Every year, men and boys are encouraged to pledge their support to never commit, condone or remain silent about violence by wearing a white ribbon for one or two weeks, starting on the 25th November, the International Day for the Eradication of Violence Against Women (also recognised as White Ribbon Day).

In recent years, the campaign has been supported by the Cardiff Devils, Only Men Aloud, the Welsh Rugby Union and male voice choirs and sports clubs across the country.