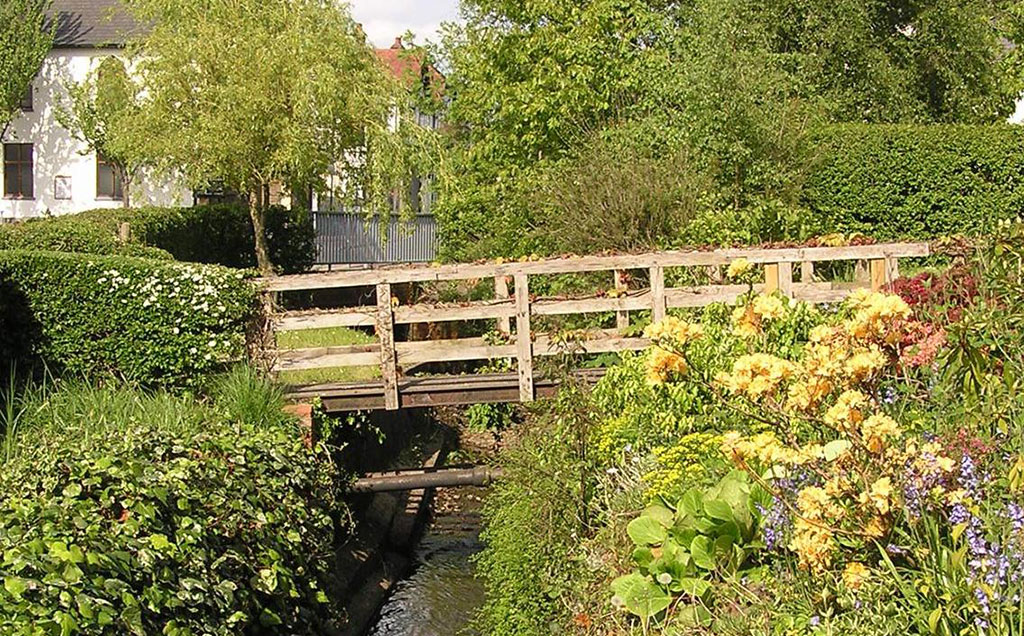 By Gareth Neale the bloody brook

The Battle of Hastings in 1066 started the Norman Conquest but the conquest of the part of Glamorgan by the Normans of which now includes Rhiwbina took another 27 years. The Bloody Broo

By 1081, the Vale of Glamorgan from the coast to Cowbridge had been captured by Robert Fitzhammon, Lord of Gloucester. In that year, he built the keep of Cardiff Castle. But the Great Heath, Mynydd Bychan, together with the rest of Glamorgan, remained in the hands of Iestyn the Welsh Lord of Glamorgan.

Then, and even up to the middle of the 1700s, the whole area north of what is now Cathays Cemetery, from the River Taff to the River Rhymney, was rough open ground with occasional farms. This was Mynydd Bychan, which is, of course, still the Welsh name for the Heath area of Cardiff.

In the years after 1082, Iestyn and his men constantly attacked the Normans. Robert decided to remove Iestyn and seize his territory. Iestyn had promised the hand of his daughter Nest to his cousin Einon but he broke that promise. Einon turned to Robert Fitzhammon to revenge Iestyn’s betrayal and they agreed to join forces to overthrow Iestyn. As a reward he would have a share of Iestyn’s territory which, until the arrival of the Normans, had covered the whole of South Wales from Cardiff to beyond Swansea.

In 1093, Robert and Einon marched on Iestyn and the result was what the Chronicles called ‘The Battle of Mynydd Bychan’. But the actual site of the battle was an area known as ‘Butchers Fields’. The open area to the north of All Saints Church is now all that is left of it, but it was a huge open space each side of the stream.

Robert cleverly suggested that Einon’s men should form the front of the attack and in the very fierce battle, Einon’s men were decimated by Iestyn’s forces. Einon survived and was later rewarded by Robert with a Lordship, west of Swansea, evidenced by the village of Port Eynon on the Gower. However, Iestyn’s men were no match for the heavily armed Normans and they were killed in their hundreds. Iestyn’s fate is less clear. He may have fled and taken refuge in the Monastery at Whitchurch. More likely is that he was killed.

The dead and wounded, it is said, shed so much blood that the stream running through the field of battle turned red with their blood, and became known as the Nant y Waedlwyd (the Bloody Brook). The ford where a road crossed it near what is now the end of Beulah Road became known as the Rhyd y Waedwlyd (the Bloody Ford). It is said that over half of all the men who took part in the battle were killed and that, as burying them was not practical, they were piled up and covered with earth and rocks forming the Tympath. However, archaeological excavations on the site in the late 1800s disprove this as a myth. The Tympath was probably a small motte (a mound upon which a small fort could be erected), from which a Norman occupying force could prevent future incursions.

Rhiwbina streams run red from the hills to the north that contains large deposits of Red Marl. In heavy rains, even today, these give the water a reddish brown tinge. So maybe in reality it was not just the blood of the battle that gave the stream its ‘bloody’ name. But that battle certainly did take place right here in the middle of Rhiwbina in 1093.