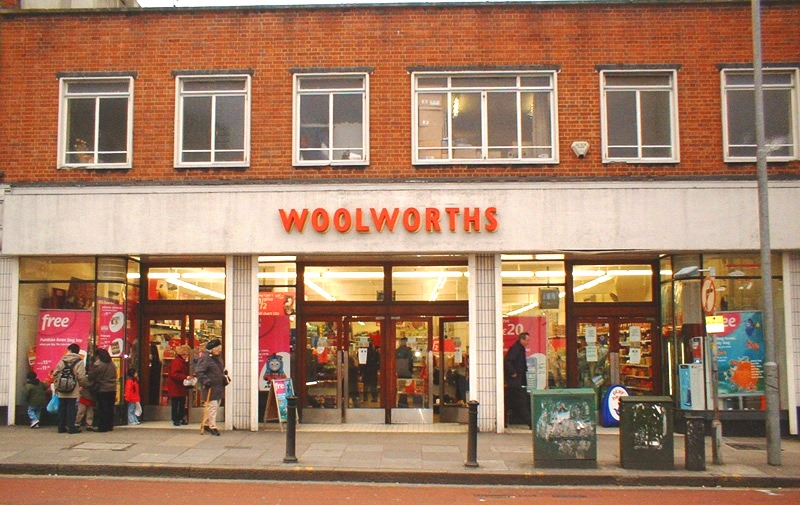 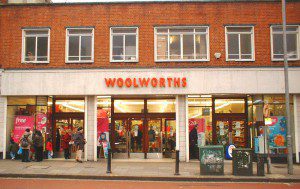 BACK TO SCHOOL Autumn nights

These are the words that would be splashed all over the windows of Woolworths on the very first day of the summer holidays.

It wasn’t the thing any kid would want to see on a sunny July day. Oh no. There were six weeks of pure bliss ahead. Back to school could wait until the far-off land of September.

As the weeks went by of course, the weeks ahead would diminish. Halfway through, you’d think to yourself that you only had three weeks left. Then two. Then only one. Those last three weeks were the long slide down back into the mire of stuffy classrooms and homework.

The night before the first day back was the worst – typically a Sunday night, trudging home through the lanes after another insipid but calming Evensong. There was the golden underfoot crunch of the fallen leaves that we had spend summer with, to take our minds off school as we made our way home. But the thought of school darkened our evenings.

“What did you do?” would be the first question you’d have to answer on your first day back.

Out came the pencil case with its obligitary batch of new pens. None of them worked and when you eventually did find one that did, you’d forgotten how to write anyway. Is that all it took to wipe your mind of the ability to write? Six weeks?

Still, teacher would give you a tantalising glimmer of hope:

Christmas Term? The leaves have only just started tumbling from the trees. How is she already thinking about Christmas?

But she’d be right. Technically speaking anyway. It was Christmas Term. In between, there were the delights of Hallowe’en and Bonfire Night to look forward to.

Eventually, you’d get back into the routine of school and it wasn’t so bad as you thought it was going to be. That’s until the homework started stacking up. Most of the time, it was pretty pointless. ‘Answer the ten questions on page 13 of the text book’ or ‘do some research about Shakespeare’. Do some research? How were you supposed to do that? We had no internet to cut and paste from back then. We’d have to ask our family what they knew instead.

“He was that writer guy wasn’t he?” Dad would say. “Get yourself down the library.” would be Mum’s answer. Sigh. That was too much like hard work. 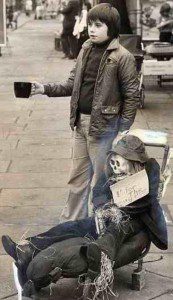 The nights would get darker a lot earlier and soon the shops down the road would start stocking up on Hallowe’en paraphernalia. Slumped against the warmly-lit shop windows, you’d find some snotty-nosed kids, freezing their scruffy pants off and asking a ‘Penny for the guy’. Their ‘guy’ would more often than not, be a few old clothes stuffed together with rags and a filled plastic Tesco bag for a head. I would always be disappointed if they failed to attached any kind of feet to the guy. Who were they out to impress? No-one, clearly. For them, it was all about the money. We did have a few kids knock on our door once. They were asking for newspapers for some strange reason. The following day, the nearby tyre depot went up in flames. Kids eh?

And when Hallowe’en itself came round, there was more mischief to be had. We had a Hallowe’en party in the house once. This was to avoid us getting egged by the other kids out on the streets. I bought a green-coloured light bulb for the ‘big light’ that hung from the ceiling. A few cousins came around and we did the whole bobbing apple and musical statues thing (very scary). But after they went home, we thought we’d scare a few passers-by. To achieve this, we leant out of an upstairs bedroom window and threw mugs of water onto them (pulling our heads back in as soon as the water left our mugs so as not to be seen) as they walked past the house.

Sadly, it all ended in disaster as the handle of one of our mugs (it was a SuperTed one) snapped off, hurtling the mug out onto the pavement, where it smashed into a thousand pieces.

The guy who we had hoped to spook, simply looked up at us with no expression in his face whatsoever. His dog, who had been sniffing the old sycamore tree outside our house, simply cocked his leg and put the mug beyond any hope of rescue.

And that was the end of our Hallowe’en party.

More from Patric Morgan at www.patricmorgan.co.uk