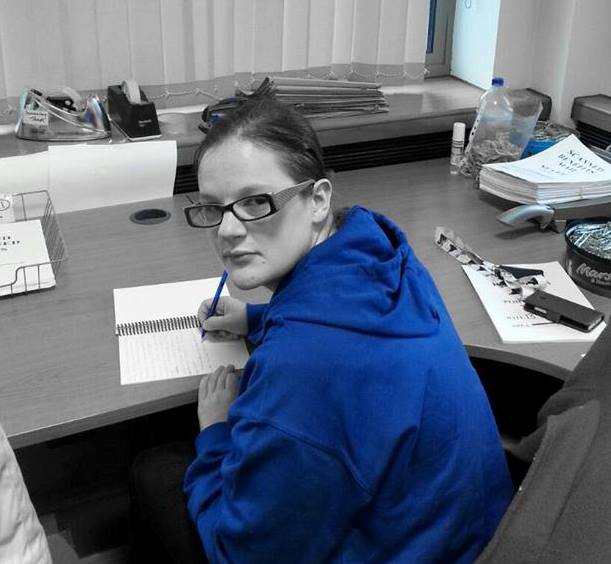 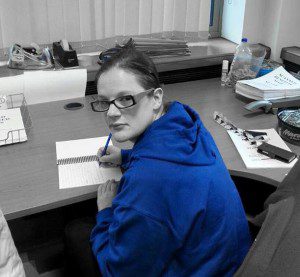 Charlotte L R Kane resides in Wales. She has a degree in Business Management and started writing in 2006 although it was only in 2012 that she thought about publishing some of her work. She writes a variety of topics but prefers to write short stories as she likes quick reads, especially for those who have little time to read due to other commitments. Living Magazines spoke to her about her work.

1. What got you into writing in the first place?

I started writing fanfiction when I was 16 years old, due to a friend getting me into it and it started from there. At first it was just writing small pieces here and there and then I started to get bigger ideas. A colleague of mine had self-published so I asked him to take a look at my work, he did and said that he would like to publish it and it went from there. I am now self-published with all my books and having new ideas on a regular basis.

2. What links to North Cardiff do you/your books have?

My novel, my first one as my others are short stories, is based around Cardiff and Tongwynlais. Although I have never been to Castell Coch as of yet, it is on my list of places to visit. The novel is based on a woman who is possessed by a ghost who was murdered on her wedding day when she visits the castle to view for her wedding day.

3. What or who inspires you?

There are many things and people that inspire me. Inspiration comes from a lot of places for me, and some of it has even come from work – I started as a short story when my colleague told me that she was getting married in a castle on Hallowe’en. My biggest inspiration is JK Rowling. She had so little and yet she made it big and she is still down to earth and caring even though she is one of the biggest names of our time. Harry Potter got me through my childhood and Rowling is my idol and inspiration every day. Another inspiring person for me is Stuart Brennan – he is an actor, writer, producer and director. I saw him in a play that he wrote/starred in called Houdini and for the past year he has become something of an inspiration for me. He was told that he wouldn’t make it and he has gone on to make and produce his own movies and to me that is something to inspire by. Both of these people have taught me never to give up and to follow your dreams no matter what obstacles are in your way.

4. What is your writing routine? Are you an early riser or night owl?

This depends on my mood. Sometimes I like to get a few hundred words out before work, sometimes I like to get out a few thousand in the evenings and weekends. But like every author I write everywhere and everything. I have even been known to write chapters on my phone whilst being at the gym – the inspiration hit so I went with it. I write when I feel the need to. For me, having a routine and a set time to write just not does not work.

5. How long does it take you to write an individual book?

My first two were based on fanfictions I had been writing for years so overall they took about 2/3 years. My novel took a year as I first wrote it as a 15k story, left it a year, then added another 40k. Houdini was only a few months and 1943 was a few weeks. It really does depend on how often I write and how much time I have. I have made the mistake in rushing work, so I try and take my time now – especially with the editing. I haven’t had much time to write at the moment so my works are taking longer, but I am planning on cracking down in the New Year.

I would love to say thousands, but the reality is it has been a few here and there. As I am self-published and rely heavily on social media to advertise I have found it difficult to make many sales. I do not have the money to promote on bigger sites so I have to use what I have. I have done a book signing and I have spammed people on my Facebook and at work with my books. I find that having free books for a short time can help, but at the moment I am still searching for the right method of promotion of me. But I am happy with the few that I have sold – that was more than I expected when I started.

7. Which of your books are you most proud of?

Houdini. Hands down. That is my baby. That book means so much to me. It has been endorsed by the two male leads (one of whom wrote the play) and they have enjoyed the book and thanked me for writing it. This is everything to an author and something that does not happen a lot to many of us. It is about the Houdini brothers – Harry and Theo – and looks at how their lives are brought together by magic but then they are pulled apart by it. Definitely my best seller as well.

8. What future projects do you have lined up?

Too many. I need more of me. Things have been tough lately so writing has taken a back seat but the ideas haven’t. I am working on a short story about a guy whose abusive father dies and leaves him a box of memories – helping to alleviate the pain of the abuse he endured by his father’s hands.

I am also working on a couple of novels – a crime one set on the Bakerloo tube line, a vampire one and hopefully a dystopian one. Not sure when I will get round to publishing these but they have been started and they have been planned, so fingers crossed I will be able to finish them within the next few years.

9. Where can people buy your books?

All my books are available from
www.amazon.co.uk/Charlotte-L-R-Kane