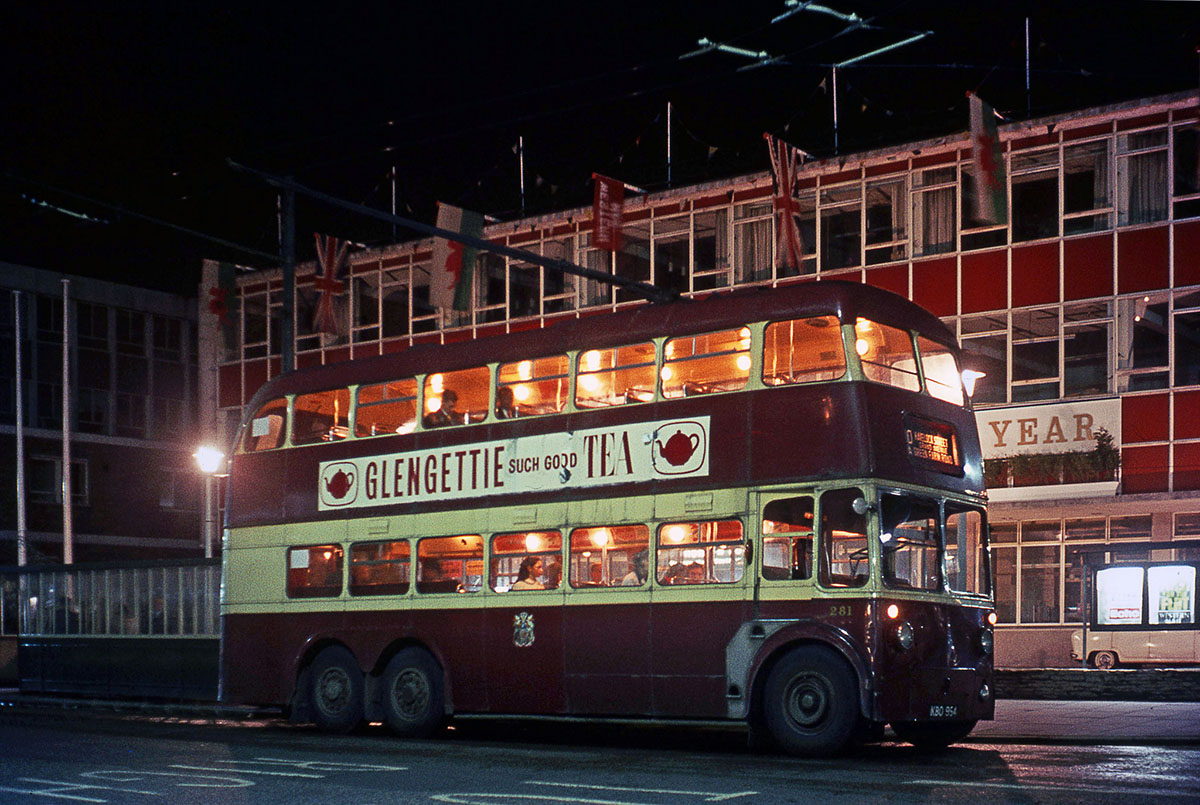 The Cardiff trolleybus service opened on March 1st 1942. Keith Walker charts the rise and fall of the much-loved service

Transport in Cardiff today involves road, rail, bus, water and air. But 75 years ago, the city introduced a fleet of buses driven by electricity collected from overhead wires.

Britain had 50 operators between 1911 and 1972 running in many large towns and London suburbs. By the standards of the various now-defunct trolleybus systems in the UK, the Cardiff system was a medium-sized one, with a total of 14 routes, and a maximum fleet of 79 trolleybuses.

The trolleybuses were introduced to Cardiff as an option as replacement for the ageing tramcar fleet. After many years of discussion and debate, the first route was opened on St. David’s Day, March 1st 1942. It became operational from Wood Street to Clarence Embankment via Grangetown and later extended to Llandaff Fields via Cathedral Road.

The council transport department purchased ten new vehicles and over the first twelve months, they covered around 250,000 miles on the 3.19 mile route carrying over six million fares. 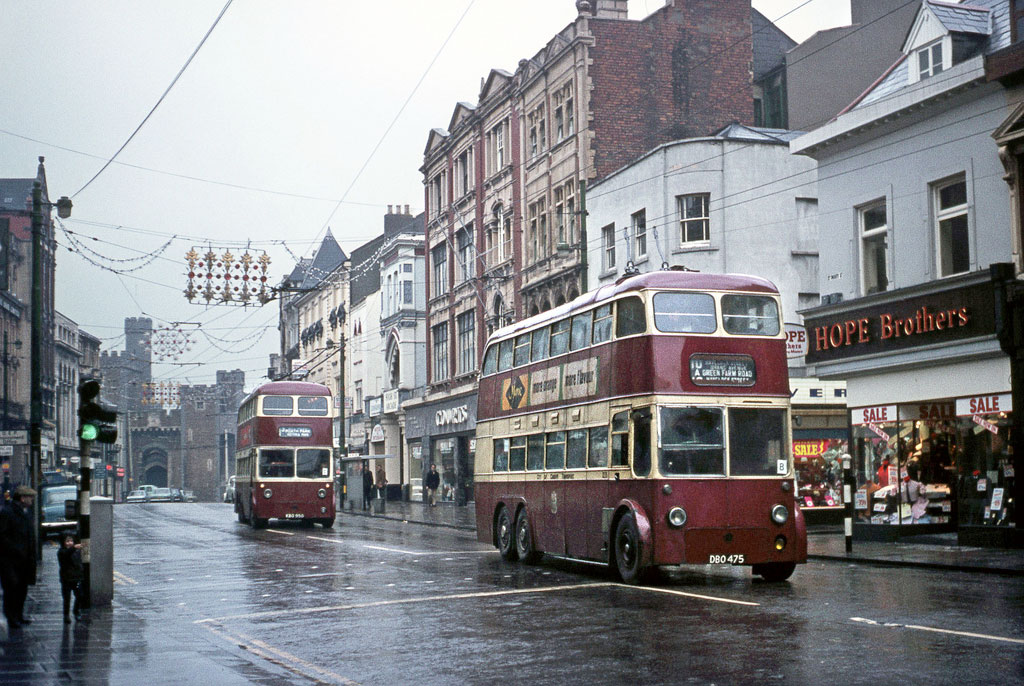 The vehicles were designed to a low height standard to allow for passing beneath the numerous railway bridges in Cardiff. As this first route was on the western side of the city, the vehicles were accommodated in the Clare Road tramcar depot. The Newport Road depot that had been built in 1902 contained the bulk of the tramcar fleet, but as other routes were developed across the city, trolleybus services to the west were located there. Once the tramcars were phased out, all trolleybuses were based at Newport Road from 1953 onwards.

The expansion of trolleybus services recommenced in 1947. The tram track along Bute Street had deteriorated so much that Cardiff’s second trolleybus route was introduced there. This wasn’t that straightforward however as the railway bridges at the city end would not permit double deckers to pass beneath. An order was placed for five single deckers but due to a backlog in orders, there was a delay. Nearby Pontypridd had seven single deckers, and although they were eighteen years old, they were soon purchased as a stopgap.

Due to the age of the trolleybuses, there were limitations on their speed. There was also a noticeably distinctive whine from the motors, which after the recent conflict, sounded similar to the Doodlebug flying bomb. The vehicles adopted this nickname which was passed to their successors from 1948.

The original aim was to replace each tramcar route as it became too expensive to maintain, but the grander plan was to operate trolleybuses across the city which would have seen them reach Whitchurch, Heath, Llandaff, Rumney, Splott, Llanishen and Cyncoed. To this end, the Council had applied in 1934 for powers to run to these areas but decisions made in 1960 saw the end of the trolleybus operation by 1970. The only significant extension outside the tram network was to be the extension from Victoria Park to the expanding Ely housing complex in 1955.

At its zenith, the Cardiff fleet operated 79 vehicles and all were three axled six-wheelers being one of only two systems in the United Kingdom to do so. It is interesting to compare the Cardiff fleet which operated over around nineteen miles of overhead wires, to the largest fleet in London with approximately eighteen hundred vehicles using two hundred and fifty miles of overhead. Cardiff was one of only fifty systems in the UK and it is thought that when London decided to scrap their system with undue haste, this led to a collapse of the market which saw many systems close.

During the final decade as the routes closed, the final service was to Ely – the 10a and 10b. With the depot being the opposite side of the city, enthusiasts had some consolation of seeing the vehicles running over the longest section of overhead. The final week of operation was during the first week of January 1970, when the preserved Cardiff trolleybus owned by local preservationists Number 262 was the last trolleybus to enter Newport Road depot. The power was then switched off and Cardiff was the last trolleybus system to operate in the country. It was also the furthest operational in the west of the UK. 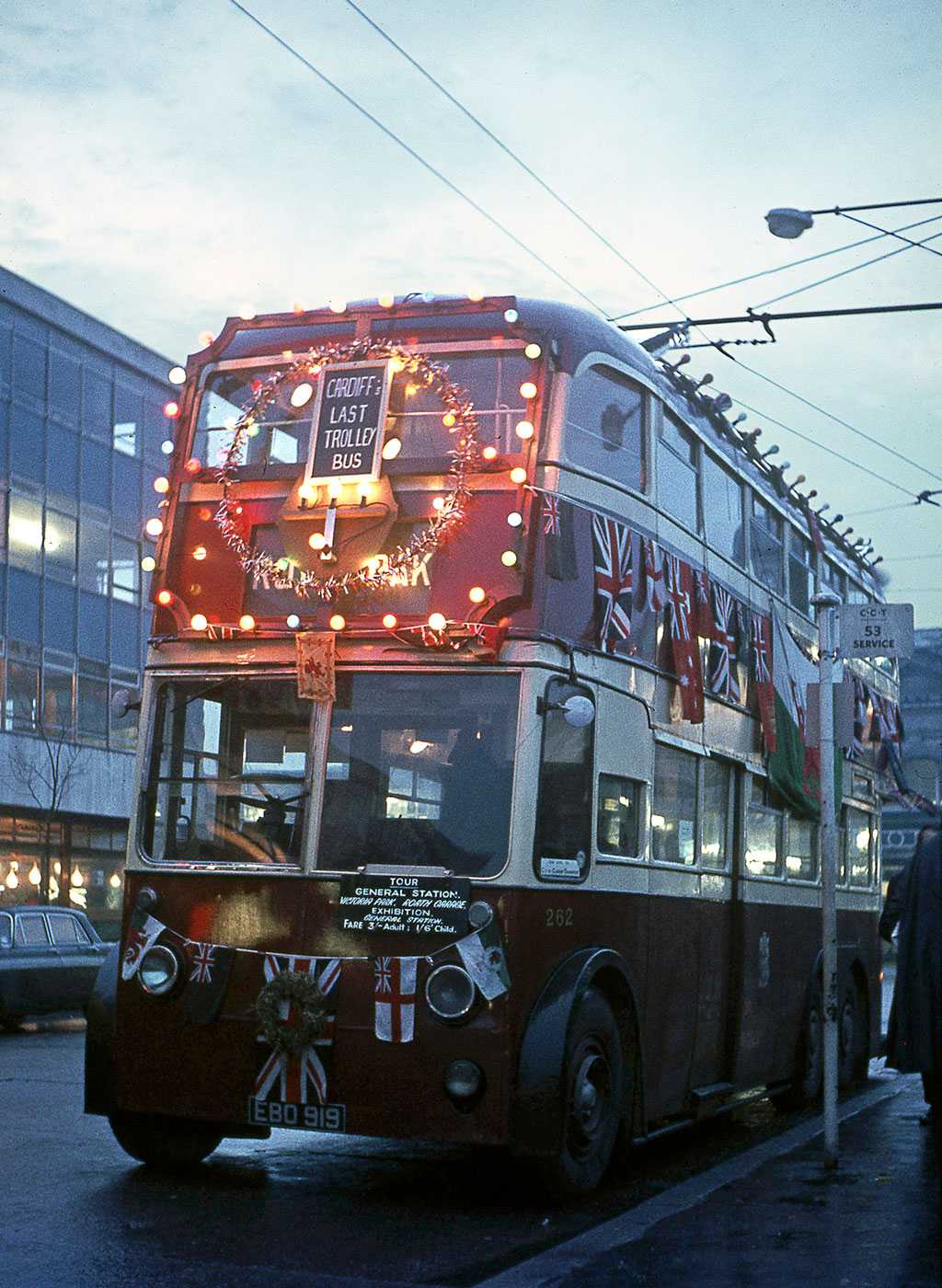 In the early 1970s, vehicle restoration was very limited but four of the Cardiff fleet have survived. One is with a national group, another is within the National Museum and Galleries Wales at their Nantgarw centre, but of more interest, two examples are within the care of a self-funded non-charitable group founded in 1992.

The Cardiff and South Wales Trolleybus Project has quite a story to relate, having brought two vehicles home from exile in Yorkshire, established a workshop over the last sixteen years and commenced their extensive restoration. Both vehicles are very unique – the double decker fleet number 262 as mentioned, closed the Cardiff system. It is the sole survivor of a batch of twenty-five built in Cardiff. Because Bruce Coachworks in Tremorfa only ever built this amount, it is the only Bruce-bodied trolleybus in the world. The single decker delivered in 1955 is the last three axled single decker built in the UK. Both are worth saving and restoring, preserving for future generations.

Although the present group restoring the vehicles have achieved much, there is still one objective to be realised – the establishment of an overhead circuit in the Cardiff area to run the vehicles on. The project is considered an important part of our transport heritage, an education facility, a leisure addition, a tourist attraction and is the only group of its kind in the country. It’s also right on our doorstep.