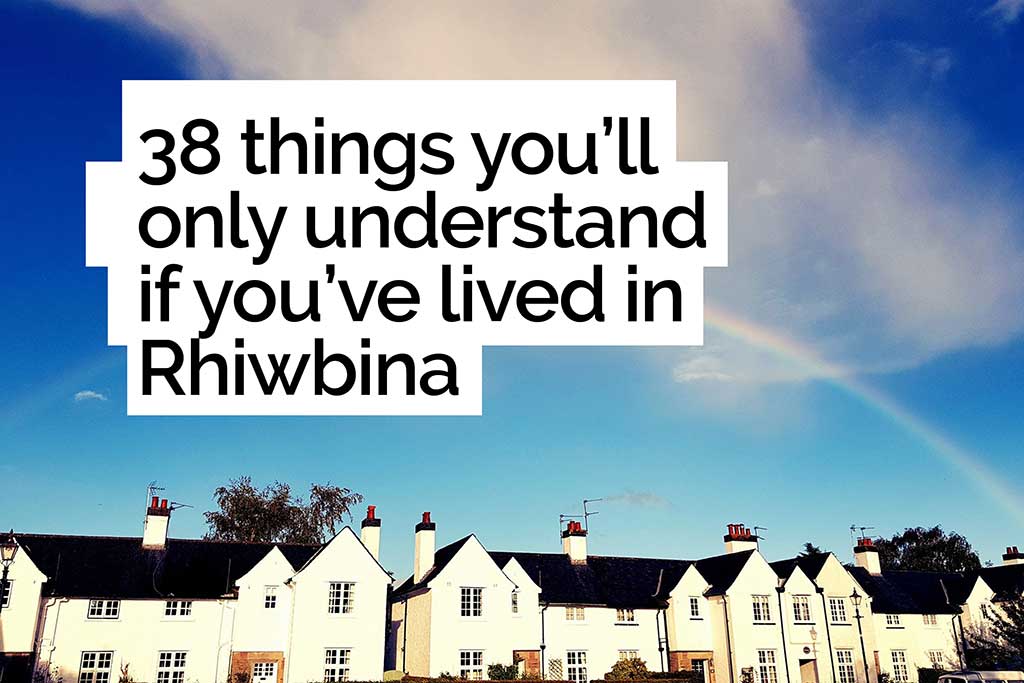 Whether you’re new to the area or whether you’ve lived here all your life, there are a few things that other people just won’t understand unless they’ve lived here

1. You stop in your tracks when you get the waft of warm bread and cakes from the bakery on Maes-y-Coed Road.

2. You know the most popular place in Rhiwbina after the kids’ football on a Saturday morning is going to be Parsons bakery.

3. When you mention to someone outside of Cardiff that you live in Rhiwbina, you have to smile politely when they say ‘You live in Ribena?’

4. You think you’re cheating the system when you pop into the library to pick up your green bags, and then send your other half in a few minutes later to pick up a second batch.

5. You’re never quite sure what day is black bin day so you have to look out onto your road to see what your neighbour has put out.

6. You wish you had a smaller car, or possibly a bike, when you are coming down Beulah Road in rush hour.

7. You secretly get excited when you see the village’s Christmas tree being put up.

8. You dread going to Morrisons because it means you have to use the roundabout at Thornhill crossroads.

9. You’ve met at least one person who is over the age of 70 and still lives in the Rhiwbina house that they were born and brought up in.

10. You’ve discussed the fact that Rhiwbina doesn’t have a chip shop at least twice in the last year.

12. You always curse the person who’s reverse parked at a very odd angle outside the shops on Heol-y-Deri because it means you have to wait for all the traffic to come down the hill before you can go up it.

14. You mix up visiting different coffee shops in the village so that you feel like you are supporting all of them.

15. You know if there’s an important event happening in the village because Jayne, Adrian and Oliver are there.

16. You swear you used to see a guy walking around the village with a sheep on a lead.

17. You’ve always wanted to whizz down Rhiwbina Hill on a bicycle with your legs in the air like those people did on the Hovis advert.

18. You know when there’s sport being played at Caedelyn Fields because you can hear them from your own living room.

19. You didn’t like the thought of a Papa John’s opening up on Beulah Road when they first announced it but you’ve had one from there at least once since.

21. You’ve been told off at least once for parking on the grass verges.

23. You reminisce wistfully about the days when Rhiwbina had a Post Office.

24. You bump into at least three people you know when you pop out for a pint of milk.

25. There’ll always be someone cutting their grass or trimming their hedge.

26. You can’t decide which is your favourite festival – summer or winter.

27. You love that warm smell of curry that hangs over the village in the evenings.

28. You’ve had to wait in the rain and wind at Rhiwbina train station while the train you need to get on to head into town, heads up to Coryton to come back.

30. You’ve been for a walk up the Wenallt and when you’ve got there, you say to yourself ‘I should come here more often’. But you don’t.

31. You’ve gone to the Co-op to stock up on fresh vegetables and come out with a pizza, a packet of Giant Chocolate Buttons and a bottle of wine.

32. When someone mentions the Monico cinema, you go all dreamy eyed and drift away to years gone by. You’ll also not be able to help saying what film you remember seeing there.

33. You’ve heard of the Twmpath but you’re never quite sure where it is.

34. You miss the village having two banks and a petrol station.

35. You’d love to live in the Wendy House but think it’d be too small in practice.

37. You’re not exactly sure where the Garden Village ends.

38. You wouldn’t want to live anywhere else.