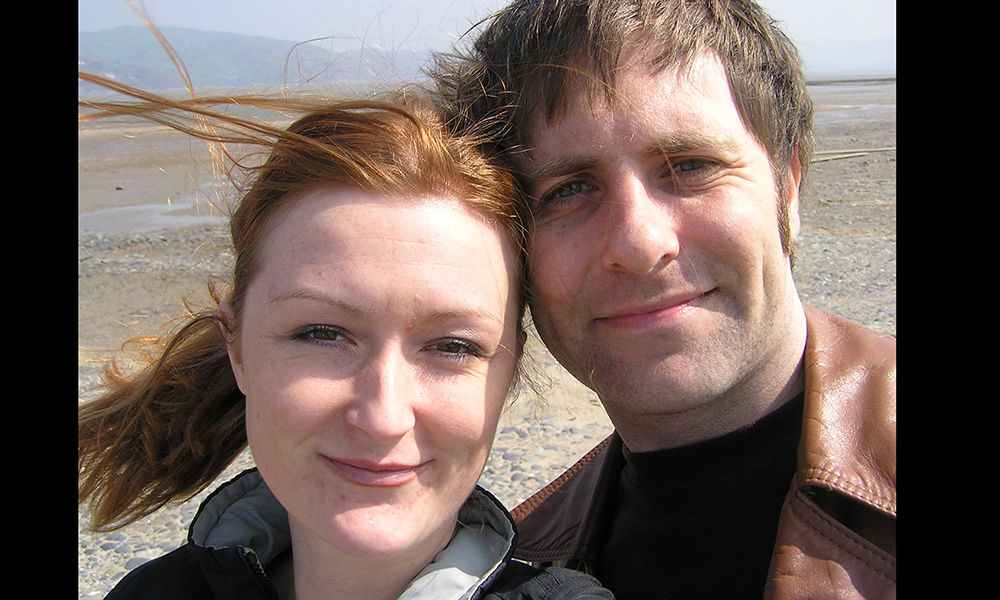 Ten years ago, two Rhiwbina friends decided to create their own community magazine. This is the story of Rhiwbina Living

Soon after moving into their new property in the village, the two long-time friends, Danielle and Patric were keen to find out what was going on in their local community.

“I knew that Rhiwbina had a great community spirit as I’d had friends who lived here when I was in school and it always seemed like a special place,” says Danielle. “When I started to try and find out what was happening here, I realised that there was no central place pulling together all of the information, and that even though there was in fact lots happening, it was hard to access the information.”

At the time, Rhiwbina also seemed to be losing businesses with a few shops closing during that summer.

“It was just before the recession hit and I think the small businesses were beginning to feel the pinch,” says Danielle. “This combined with the inaccessibility of information, prompted me to have the idea of setting up a magazine to be a resource for the community, to provide a forum for organisations to promote events and crucially, to support local business which is the very lifeblood of the village.”

So armed with nothing more than a cup of tea and a blank A4 pad and a pen, Danielle and Patric got some ideas down on a sunny August afternoon in the garden.

“We decided that the magazine had to be a quality magazine. It needed to have relevant and readable features. We didn’t want it stuffed full of adverts and puzzles. We planned on having our first issue out in time for Christmas.”

With no capital behind them to fund the first issue, the pair visited the local shops to source advertising.

“The response wasn’t great. We had one shop owner who told us that Rhiwbina had a magazine back in the 1980s and that it never worked because they couldn’t get enough advertising; then we had someone telling us where to go with the words ‘Don’t you know there’s a bl**dy recession on?’.

“It wasn’t until we visited Paul and Mags in Serenade that we got our very first advertiser. Paul smiled at us and said ‘Count us in.’ Once Paul was in, everyone wanted to go in!”

The pair eventually raised enough funds to finance their first issue, which was published in November 2007 but the hard bit was still ahead of them.

“The magazine work was done whenever we could – usually in the small hours,” says Patric. “Worse was to come. Our second issue was due out in March and once again, we entrusted a company to do the deliveries for us, as we had done for the first issue. About a week after the deliveries were finished, we started getting phone calls from local advertisers who said that they hadn’t received their copy. Since they lived locally, they should have had one. We did some digging around to find that only 12% of our stock had been delivered. Two battered boxes containing what was left of our magazines was handed back to us.”

“We really felt that we’d let our paying advertisers down,” says Danielle. “While we sought expensive legal advice, we decided that we’d run all of the spring advertisers in our summer issue at cost to ourselves. Before we could make any decisions from a legal point of view however, we were floored by news that Patric’s teenage sister Alice had a rare form of aggressive cancer in her knee. She spent 9 months in hospital having chemotherapy and surgery, and had to learn how to walk again after having a replacement knee. My step-dad also died suddenly in October that year, just as Alice was recovering.

“But 2008 did have its good points. In November that year, after much demand, we launched our second title – Whitchurch and Llandaff Living.”

In 2010, Patric left his teaching post for good to concentrate solely on the magazines.

“Around that time, we published a letter from a lady called Norma in Australia who had read our magazine online. Norma recalled living on Pantbach Road and a bomb landing on one of the houses opposite hers during World War Two. She wondered what had become of the two brothers who lived there.

“A few weeks later, we had a knock on the door. It was a man called Bob, who explained that he was one of the brothers. He had written a memorable account of what had happened that night, which we published in the subsequent issue. Bob and Norma were also put back in touch,” says Danielle.

It’s stories like these that have kept the pair driving the magazines forward.

“Everything we do has all been self-taught,” says Patric. “Back in the early days, we were producing the magazines on a bashed up computer and using Microsoft Publisher. We’d then upload all our pages onto a memory stick and it’d usually be about 4 or 5am by the time we hand-delivered it to our printer who lived in Y Groes.

“After our disaster with the deliveries on Issue 2, we decided to do them all ourselves – something we still do to this day. For the first few years, I never had a car so I literally had to carry each box individually to different parts of Rhiwbina, deliver its contents and then go all the way back home to get another box.

“One day, I thought I’d be enterprising and popped four boxes in our wheelie bin. I wheeled it to the top of Rhiwbina Hill but the wheels broke. I then tried it with a suitcase. The wheels fell off that too.”

2011 was the year that Danielle stepped away from the business after the birth of her daughter, Evie. In fact, her ‘maternity leave’ from the magazines was to last a few years. In the meantime, Patric looked after all aspects of the magazines and even by his admission, standards did slip.

“Danielle was busy being a first time mum and I was struggling to do it all on my own, especially as my dad was diagnosed with cancer and eventually passed away in 2013,” says Patric. “We have back copies of every magazine and I can’t bring myself to look at them – not because they remind me of bad times but because the standards left a lot to be desired!”

It was in late Summer 2015, when Evie started school, that Danielle expressed her desire to get back on board with the magazines.

“We sat and had breakfast in Whitchurch and over the course of the hour, we decided that the magazines were in desperate need of a revamp,” says Danielle. “Patric had done an amazing job keeping the magazines going on his own for so long but they were really looking dowdy and the content was pretty poor. We felt that we needed to go back to our roots and involve the community more. We wanted more interaction, more vibrancy and extra local interest.

“We were so proud of our autumn issue that year. We promised ourselves that we’d make each subsequent issue better than the last one which has proved quite a challenge!”

“One of the biggest things that we have learnt over the 10 years is that there lies a story behind every door in Rhiwbina,” says Patric. “The everyday people we see around our village all have a story to tell. And in a way, it has been our duty to document these for generations to come.

“In 2017, after a significant growth in the business, we became a limited company and registered for VAT. Our distribution was extended to include Pantmawr and some of the other outlying areas that had been missed off the original map, taking our distribution to 6,000.

We also installed a magazine stand in Sainsbury’s Local on Llanishen Fach to tap into the passing trade heading up Caerphilly Mountain.

“Recognising the importance of social media, we’ve established a following of over 36,000 people across our platforms, which we utilise to help promote our advertisers. We are always very grateful to our advertisers and do our very best for them because we know that without them, the magazines wouldn’t exist.”

In 2014, Living Magazines picked up two prestigious awards at a UK awards ceremony. And in 2017, they were crowned Community Business of the Year at the Cardiff Business Awards. They were up against some big names like the Wales Millennium Centre and Big Learning Wales.

“To be recognised as Community Business of the Year for the whole of Cardiff meant so much to us, especially since we were approaching our tenth year. The judges commended us for our passion for the magazine which we feel because of the contribution it makes to the community.”

And what about the squirrel that graced the covers for many years? Where did he go?

“We took him off the covers late in 2013. We felt that we needed a more professional look. We hid him inside the magazine for a while but he finally retired in 2014. He lives on in Squidgy Squirrel who comes down from the Wenallt for the Summer and Winter Festivals,” says Patric.