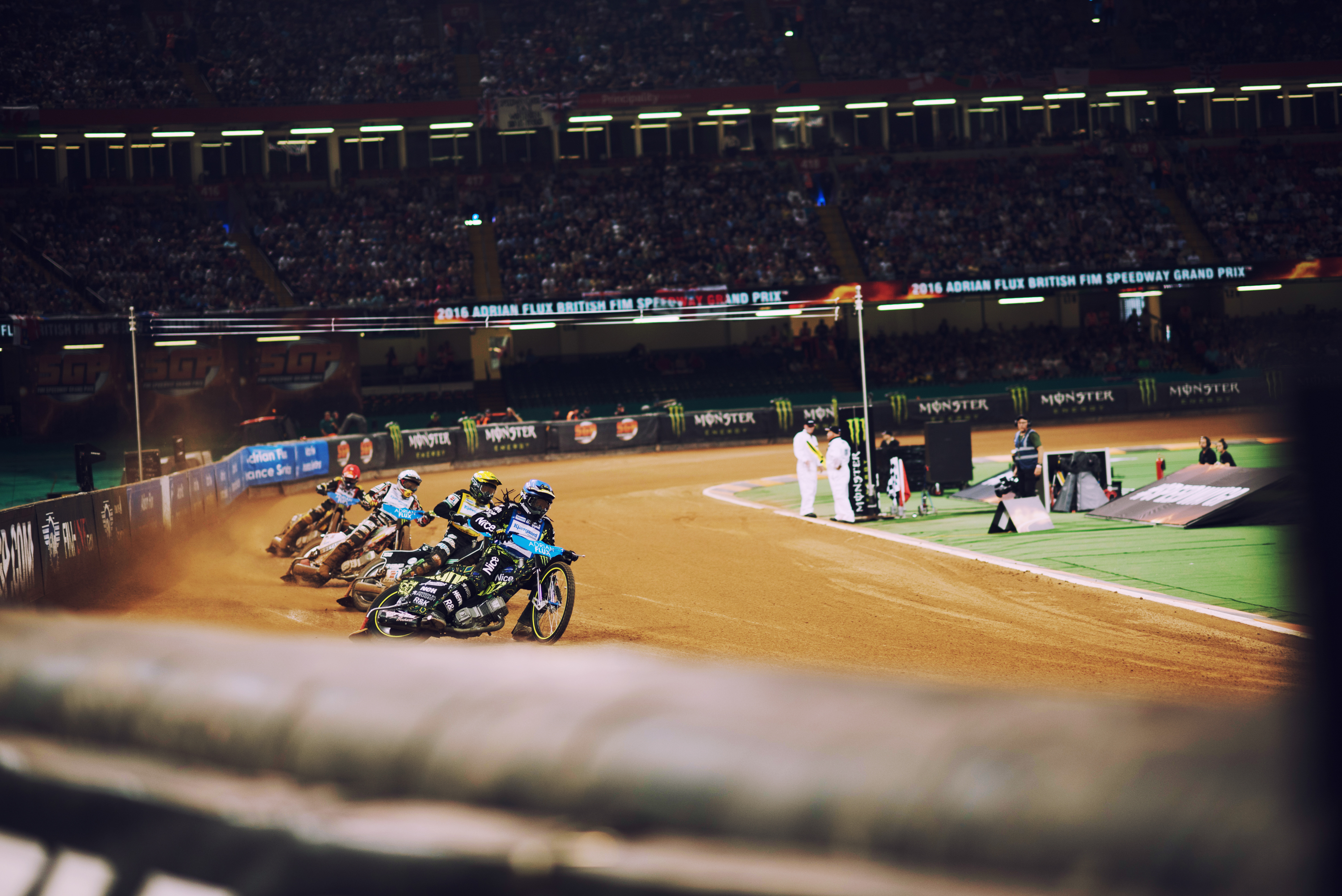 The Adrian Flux British FIM Speedway Grand Prix is set to raise the roof in Cardiff this July – and you could be there!

The Grand Prix returns on Saturday 22nd July for its 17th year in the Welsh capital and looks set to be one of the most thrilling SGPs ever with multiple World Champions competing including Great Britain’s double series winner, Tai Woffinden and reigning champ, Greg Hancock.

15 permanent riders will compete on 500cc bikes with no gears and no brakes over 23 exhilarating heats until the winner is decided in the final, nail-biting race. Fans from across the globe descend on Cardiff to watch the action-packed event, while 114 territories worldwide tune in for the action.

Outside of the stadium, Cardiff city centre will come alive with a carnival atmosphere as it plays host to the hugely popular and family friendly fan zone, this year featuring racing bike simulators, freestyle mountain bike stunt performers, Capital FM DJ Matt Lissack, Monster Energy entertainment and the chance to meet and greet the stars of the SGP.

We’ve teamed up with the Adrian Flux British FIM Speedway Grand Prix organisers and have a pair of tickets to the SGP up for grabs. All you have to do to be in with a chance of joining in the thrilling action is answer this question:

Who is the reigning SGP World Champion?

Send your answers by email to competitions@livingmags.co.uk no later than 12 noon on 14th July 2017.

Tickets for the 2017 Adrian Flux British FIM Speedway Grand Prix start at just £25 and can be purchased at www.speedwaygp.seetickets.com. Family tickets and VIP packages are also available. Further information about the event can be found at speedwaygp.com.