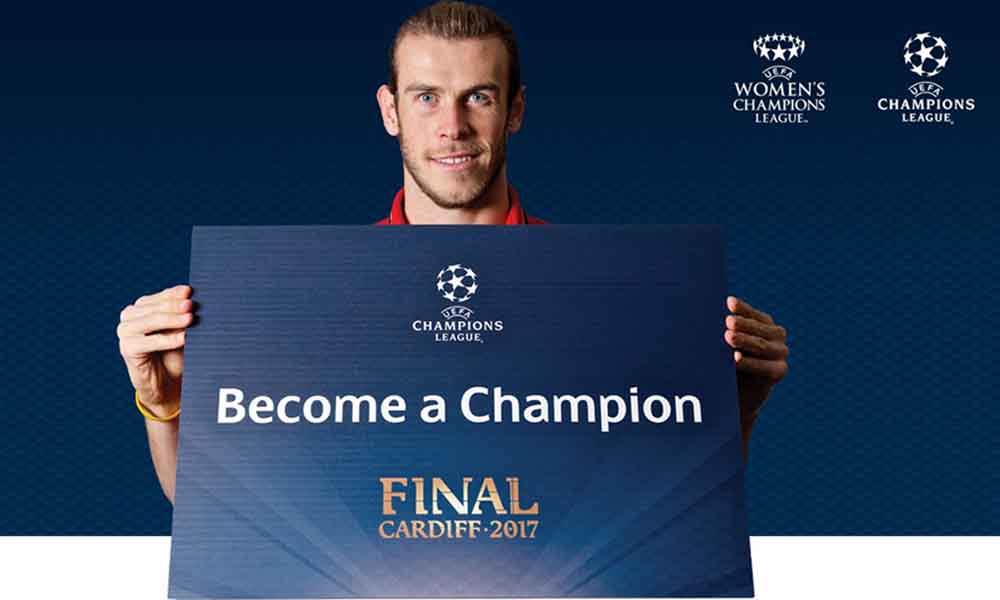 Over 1000 ‘Champions’ are invited to play a part in delivering Wales biggest ever sporting event.

The 2017 UEFA Champions League Final will be the biggest event to have ever been staged in Wales – it will also be the biggest single sporting event in the world this year. No major sporting event would be the same without the tremendous contribution of its volunteers and Cardiff 2017 will be no different.

The Football Association of Wales has launched the ‘Become a Champion’ volunteer recruitment campaign, to source over 1000 ‘Champions’ to assist in the successful delivery of the UEFA Champions League and UEFA Women’s Champions League Finals. Volunteers will be needed in various areas of operation, including accreditation, transport, marketing, ticketing and VIP services, to mention only a few.

An additional 500 volunteers could be offered an opportunity to perform in a pre-match ceremony, in front of a packed National Stadium of Wales and a TV audience of over 200 million viewers worldwide.

This is a once-in-a-lifetime opportunity for people in Wales to participate in the delivery of the 2017 UEFA Champions League Finals and to contribute to the success of one of the biggest sporting events in the world.

“The UEFA Champions League Final and UEFA Women’s Champions League Finals represent the pinnacle of European club football. For the players who compete in Cardiff this June, and the clubs’ supporters cheering their team on, it will be an unforgettable moment. Our aim is that everyone in Wales also has an opportunity to experience unforgettable moments when these iconic events come to Cardiff.

“The ‘Become a Champion’ volunteer programme offers such opportunities. We know that Cardiff and the whole of Wales will truly embrace these finals in June, what better way to do so than to be right in the thick of the action.”

The FAW’s UEFA Champions League Local Organising Committee (LOC) has been to a number of universities across Wales to discuss available opportunities ahead of today’s application opening date and will continue to travel across the country to speak to as many potential Champions as possible over the coming weeks.

“Our volunteers will be crucial to the success of the Finals and will play an important role in welcoming the world to Cardiff and Wales.

“There is no need for people to have volunteered before. We have a wide range of general roles available as well as specialist positions and we have always emphasised that what matters most is a smiling face, a winning attitude and for volunteers to be available in the days running up to the event as well as the Finals to commit a commitment to make these the best Champions League Finals ever.

“I would encourage everyone – regardless of background or experience – to apply to become a Champion and be part of something very special.”

Each volunteer will receive:

The volunteer recruitment process is now open. Applicants can apply via www.faw.cymru/Cardiff2017.

All applicants must be 18 or over (Ceremony performers: 16 years). Recruitment will depend not only on each applicant’s professional qualifications, but also their motivation, availability and team spirit. Prior experience of volunteering is not a requirement.