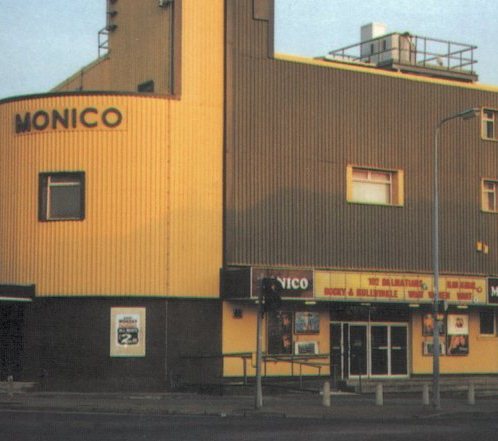 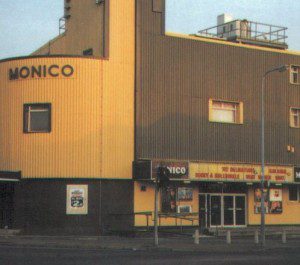 It was once the landmark of Rhiwbina. For decades, it entertained the people of North Cardiff and the valleys. Its name still trips off the tongues of locals, and its demise over eight years ago was seen by some as a travesty. The Monico cinema on Pantbach Road will forever be etched into the minds of film-goers both old and not-so old. Monico Cinema in Rhiwbina

Opened on the 19th April 1937, with Gary Cooper in ‘Lives of a Bengal Lancer’, it had an original capacity of 950. The Art Deco cinema quickly became a popular part of Rhiwbina life. Screen One had a ‘Conn’ theatre organ and the whole cinema reflected the 1930s period in which it was built.

But no sooner had the theatre opened, than it was put to more unconventional use. The cinema was used as an air raid shelter during the Second World War. The cinema was even daubed in camouflage to hide from the German bombers, who regularly targeted the Royal Ordnance factory a few hundred metres away on Caerphilly Road. The camouflage colours stayed on the walls well into the 1950s.

The cinema was well-attended by locals:

“Back in the 50s, I used to go to the Saturday morning manitees. My friend would call at my house and we’d make our way down through the Garden Village and cross over the railway bridge. If there was a train there, we’d stand on the bridge and get covered in smoke before heading down Pantbach Road. We’d sit in the 3d seats on Saturday mornings and watch amongst other things, the offering of the Children’s Film Foundation. We could stay in the cinema as long as you wanted. I’d sometimes watch the same film over and over as my father would be playing down the tennis club. He’d come and pick us up and we’d call in at the chippy on the way home.”

“I remember seeing a trailer for Goliath and the Barbarians which was on in the afternoon. I wasn’t allowed to stay in the afternoons so I begged my parents to allow me to go see it. They steadfastly refused. I never got to see it until more 40 years later when I saw it on TV. (It wasn’t that good).

“When I was a bit older, I got a bit wiser. My friend Tommy would pay and go in, and then roll up the admission ticket and push it through the hole in the window of the gents. I’d make some excuse to the attendant about popping down the shop for some sweets until they eventually cottoned on. We’d then open the emergency doors at the front of the cinema and crawl under the seats on our stomachs. We’d pop up somewhere near the back and stay there all day.”

The Monico, for many, was the place of firsts – the first place many had watched a certain film for the first time, the first place for a date, that first kiss perhaps. It also became the first independent cinema outside London to install Dolby Sound for the film Grease and was converted into a twin cinema in 1979.

The Monico had been owned by the Rank Organisation for 40 years but was taken over by Brian Bull in the late 70s. He also owned the Cinema Royal in Barry. Brian ushered in the change of ownership with the film ‘Two Minute Warning’ by Charlton Heston.

Crowds flocked back to the cinema in the mid 90s when cinemas suddenly became fashionable again.

“I remember seeing the original Star Wars trilogy there when I was a kid.” says another resident.

“What a day that was! It was a triple-bill, back-to-back. They used to run quizzes every week at the Children’s Club. I won a remote-controlled car (one of ‘Uncle Ian’s prizes’) there one week which were all the rage back then. We’d have cards stamped to get badges. These were the times when I first discovered 25p packets of millions sweets! Chico the Rainmaker was one thing I didn’t want to see again. It was the story of a Mexican shrunken head that would come alive when the children played the pan pipes. That gave me nightmares for years!

As popular as the Monico seemed, the large multiplexes being across and around Cardiff began bleeding it dry. The cinema complex just up the A470 in Nantgarw in particular hurt the Monico. Unable to compete with up to 12 screens, large foyers and a high level of facilities, the Monico’s customers deserted. Sadly, the cinema closed its doors in 2003.

“I remember turning driving past and not seeing its great shape. Instead, diggers and bulldozers were scavenging over its corpse. I had a tear in my eye when I looked in my rear view mirror and saw my kids looking at it. They will never experience the Monico. Horrible.”

Today, a block of flats sit on the site of the Monico.

Its red curtains may have closed for the last time but the smells, the sounds, the sights of the Monico still live on in the memories of both locals, and ex-pats the world over.