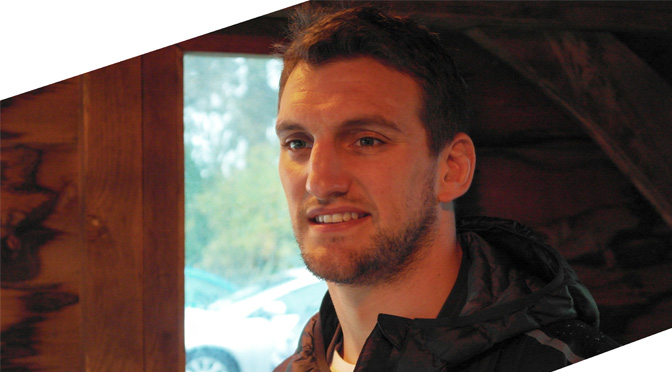 It was just before we played our last game in the World Cup last month. Dan [Lydiate] and I were sat on the end of our beds in our hotel room. Both of us were nervous – that time leading up to the game is the worst.

“Dan turned to me and said:

‘Why do we do this to ourselves? Right now, all I want to do is work for the Council and be sat on a lawn mower, cutting the grass in the local park.’

“I had a little chuckle to myself and told him that all I wanted to be was a professional dog walker.”

It is perhaps a situation that only a small percentage of the population ever get to experience. For Rhiwbina’s Sam Warburton, it’s something that he still hasn’t quite got used to, despite playing rugby at the highest level for nearly ten years.

Sam has, of course, recently returned from the Rugby World Cup, where a Wales team, depleted by injuries, bravely bowed out at the Quarter Finals stage.

“It was like someone sticking a pin in a balloon after we lost in the quarter finals. Four years ago, we knew that we had two weeks ahead of us because we were in the semi-finals. We knew that worst case scenario, we’d have to stay for two weeks to play in a third-place playoff.

“This time round, I just suddenly found myself sat in front of the TV watching a tournament I’d just given two years of my life to.

“People have been kind since the World Cup. People have been very complimentary and the injury crisis we endured did unearth some depth to the Welsh squad. It gives us a lot of confidence going into next year’s Six Nations.

“I’m looking forward to playing some rugby at the Blues now in the run-up to Christmas. The pressure is off a little bit at the Blues. As it’s not knock-out tournament rugby, I can always rectify anything I’ve done wrong the previous week instead of being sent home! It means we can enjoy the game a bit more.” 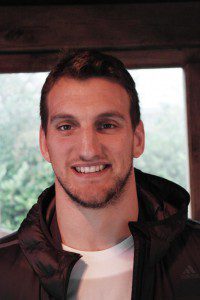 Sam has spent all of his professional career at the Cardiff-based club.

“I’m not sure quite how it all happened but I now feel that I’m in the second half of my career. It’s all happened so fast – I can’t quite get over the fact that I’ve been contracted to the Blues for ten years now. I remember getting signed to the Senior Academy when I’d just finished my GCSEs. I was paid £500 a year and thought I was living the dream!”

Sam was made Wales captain for the first time in 2011, when Wales took on a Barbarians team at the Millennium Stadium. It’s a position that he’s never taken for granted and he is always on the look-out for up-and-coming talent, who might one day take the captain’s armband from him.

“I’ve been really impressed with a player down at the Ospreys called Sam Underhill. He’s an openside like me and he’s the sort of player I could see going on to be captain material.”

For now though, Sam is grateful for the time off.

“After all the work spent on the World Cup, it’s nice just to take the dogs out for a walk around the village and switch off. Spending time with my nieces and nephews is one thing I enjoy doing – I spend half my life at Jump but it is great fun there. I get stopped a fair bit and asked to have my photo taken – I don’t mind that at all. I do find it strange sometimes because I see myself a normal guy from Rhiwbina.

“Only 1% of my life is me playing for Wales. It is such a high-pressure situation. After a game, I try to get as far away from rugby as I can; it’s something I need to switch off from. I had a friend call around with his little one a few months back and he asked if his son could throw a few passes with me out the back garden. He was a little put out to discover that I didn’t have one rugby ball in the house.”

Rhiwbina is Sam’s spiritual home. He recently moved back to the village after spending a year over in Thornhill.

“First and foremost, I’m a member of the Warburton family. And as most of the Warburton family and most of the Thomas family (my wife’s family) live here in the village, it made sense for my wife and I to move back. I enjoy family time when I’m away from the game – it’s something I make a point of doing. When there is a big rugby tournament going on, I get stressed because of the pressure and life under the microscope. Then my family get stressed because I’m getting stressed and then I get stressed because my family are getting stressed. So you can see why I like just walking around the village with the dogs or going to the local shops!”

Rhiwbina is a special place at Christmas, particularly for Sam and his family.

“I’ve got fond memories of Christmas in the village – heading down to the Deri with my family when I was a kid is one vivid memory. I also remember heading down Rhiwbina Hill one Christmas in my mate’s car when I was in my late teens. It had been snowing heavily and we thought it’d be a laugh to throw snowballs at people as we drove past. I was sat in the passenger seat with a huge snowball in my hand and the window wound down.

“I was all ready to go – the snowball I had in my hand was massive and I had my arm cocked back ready to launch. But before I knew it, I got smashed in the face by a snowball myself. I didn’t see it coming until it was too late.

“A few years ago, this lad came up to me and asked if I remembered having that snowball hit me in the face. I told him that I did and he shook my hand and admitted that it was him who threw it.

“I love Rhiwbina at Christmas and I’m glad that my wife and I are back in the village this year. I enjoy meeting up with my old mates from Whitchurch High School for a drink, although the last time I got slightly tipsy was just after the last Lions tour. I never touch alcohol over Christmas – not even a glass of sherry – and never have done. The best bit of all is that we live just four doors down from my wife’s family so after we’ve had Christmas dinner at our house, we’ll be nipping down the road to join the in-laws.

“My family have made it a tradition over the last 15 years to visit the Juboraj at Christmas so I’ll be looking forward to that too. Rhiwbina at Christmas is such a lovely place to be. I turned on the village Christmas lights a couple of years ago. I was blown away by the amount of people who turned up to see it and it made me feel very proud to be from here.”

It’s clear how proud Sam is of Rhiwbina and in return, the residents are proud of the man who has become a true ambassador for the village.

“There’s nothing finer than living in Rhiwbina,” he says.