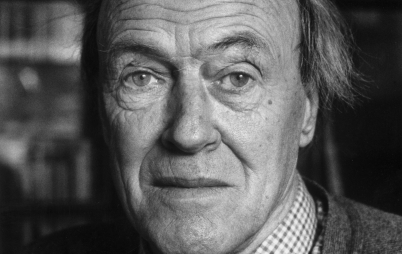 Cardiff-born Roald Dahl will be remembered in autumn 2016 through a series of spectacular productions and events.

Next year sees the centenary of Dahl, who was born in Fairwater Road in 1916.

The Welsh Government-backed two-day extravaganza will coincide with a nationwide literature programme of events. Plans for ‘Roald Dahl 100’ were launched at Cardiff Bay’s Norwegian Church recently – the building where Dahl was baptised.

The National Theatre Wales and Wales Millennium Centre will be putting on a production called City of the Unexpected that’s set to transform Cardiff through the eyes of the author. The event is likely to be the largest theatrical event Cardiff has ever seen.

John McGrath of National Theatre Wales and Graeme Farrow, of Wales Millennium Centre, said the first co-production between the two Welsh arts institutions would be ‘an extraordinary response to the world of Cardiff’s greatest story-teller.’

They told the press:

“Both our companies are used to creating big, beautiful and surprising productions, but with City of The Unexpected we will be on our largest ever stage – the whole city of Cardiff. Expect to see everyday places utterly transformed – seen through the eyes of Roald Dahl – and get ready to meet some of your favourite characters in the most unexpected ways! After all, as Dahl said ‘the greatest secrets are always hidden in the most unlikely places.’”

The event will take place from September 16-17 2016. It will be directed by Nigel Jamieson, who previously worked on the Sydney Olympics opening ceremony. The Roald Dahl 100 logo will also feature on a flag that will be flown from the Norwegian Church Arts Centre during 2016.