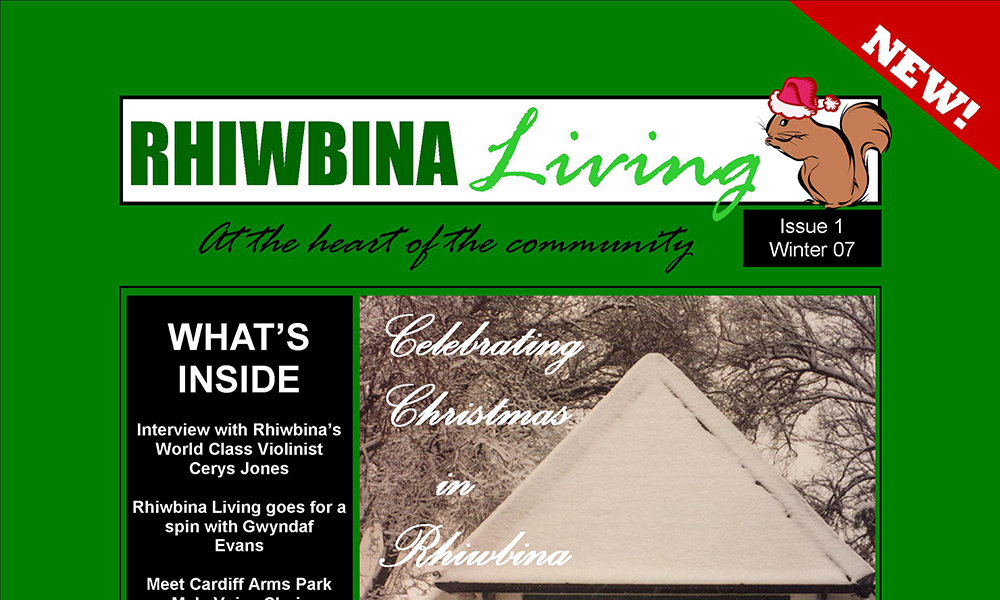 Rhiwbina Living magazine is celebrating its 10 year anniversary this month.

“When we first sat down and decided that we were going to create this magazine, we had no idea that we’d still be going strongly 10 years later. Our aim was to produce a high quality publication that captured all the latest news from the area, and to provide an effective promotional tool for local businesses. In the last 10 years, we’ve kept residents entertained and informed about their local community and we like to think that we’ve helped bring the community together in some way.”

Following the success of Rhiwbina Living, a sister publication Whitchurch and Llandaff Living was launched a year later in 2008. The magazines have won several high profile awards and are Cardiff’s official Community Business of the Year 2017.

“We’ll be producing a 10 year anniversary commemorative issue in the spring to look back on our ten years. Creating and distributing these magazines takes an enormous amount of work but we love it and it makes us happy that people enjoy them.

“We are very proud of what we do so we’re hoping for another 10 years of Rhiwbina Living!” added Danielle.