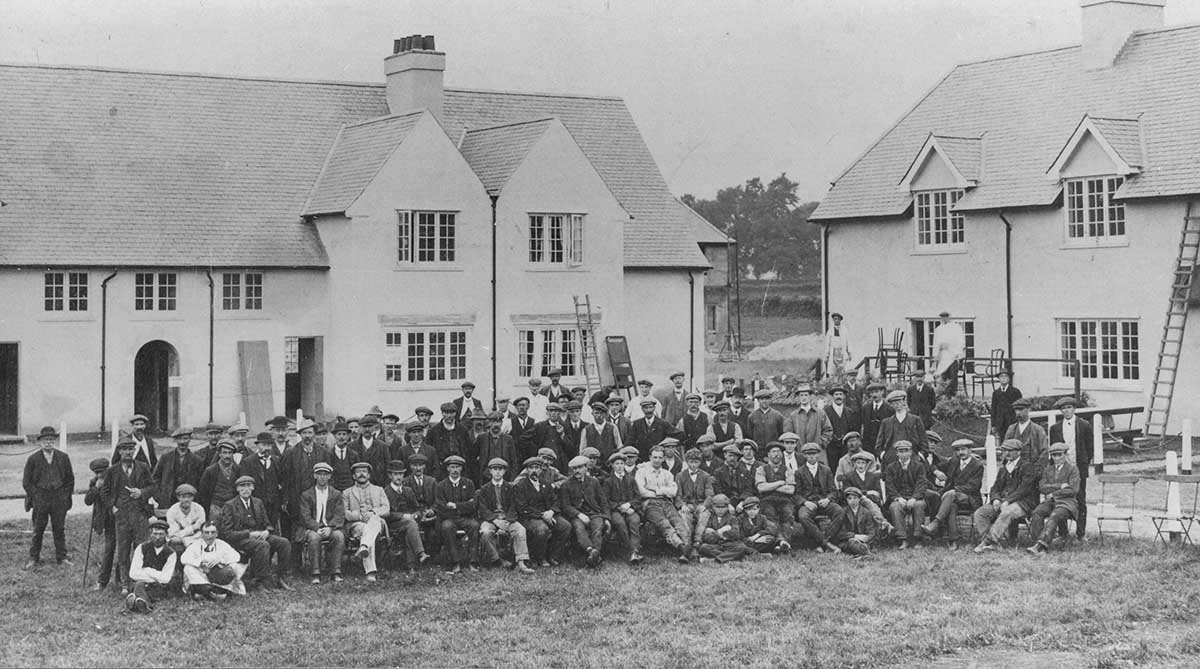 The Garden Village movement began in the 1890s in response to the industrial revolution’s side-effects of slums and poor living conditions. Its rhetoric championed better living conditions for the working class, as well as the middle class, and by the turn of the century several Garden Villages existed in Britain. Its principle of co-operative ownership appealed to many and in 1911, a group of Cardiffians met to consider the idea of their own Garden Village.

The main objective of the Rhiwbina Garden Village Ltd. was the provision of modern houses located in pleasant and healthy surroundings in the Rhiwbina area. They bought 110 acres of land from the Pentwyn Estate, at £200 per acre, and by Christmas 1913, 34 houses had been built. Each house was fitted with running water and gas for lighting and cooking, a boiler, a water storage tank and even a dustbin. Hedges and fences were put up and paths were laid.

The village continued to grow and by 1920, tenders were accepted to build 83 more houses. Business during the 1930s eventually recovered from a mixture of a sluggish economy and flooding. Events took an unexpected turn in 1939 though with the outbreak of war. The Wendy Hut suddenly became an Air Raid Warden’s post and the village accepted many evacuees – the village being considered a safe place to be. 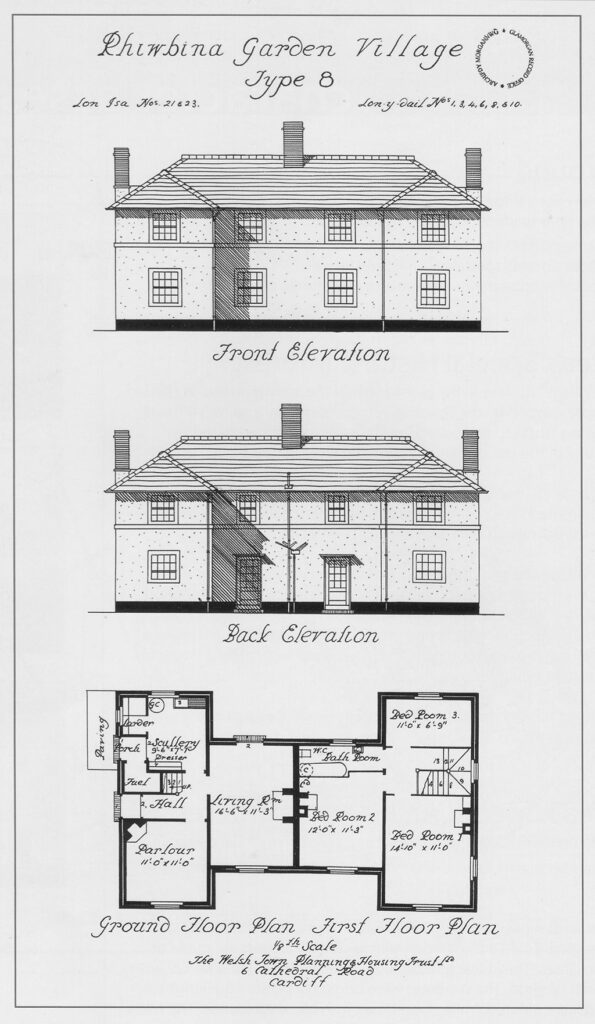 Story has it that the children viewed the air raid sirens as welcome breaks to school lessons. Their ignorance seemed justified as no bombs ever fell on Rhiwbina. For the Garden Village Ltd though, their position was strengthened by the fact that all of their houses remained intact.

Post-war, Garden Village Ltd. found themselves with increasing costs. By 1947, production costs had risen to four times the level they were pre-war. Maintenance works were kept to a bare minimum.

Rhiwbina Village was no longer in a position to develop. In fact, by 1952, the only way that the village could keep up with maintenance was to sell some of their houses.

By the 1960s, the Welsh Town Planning was urging the Rhiwbina Village company to pay back the capital that had been borrowed to pay for the construction. Since the company was a non-profit making organisation, they had cleared their debts and held substantial assets in the form of the property they had built.

A special AGM was called in September 1968, where the chairman announced to the unsuspecting tenant holders that they could buy the leasehold to their properties on very favourable terms. His words were met with stunned silence before a rapturous round of applause. Tenant holders were seen running to the office the following day to take up the company’s excellent offer. 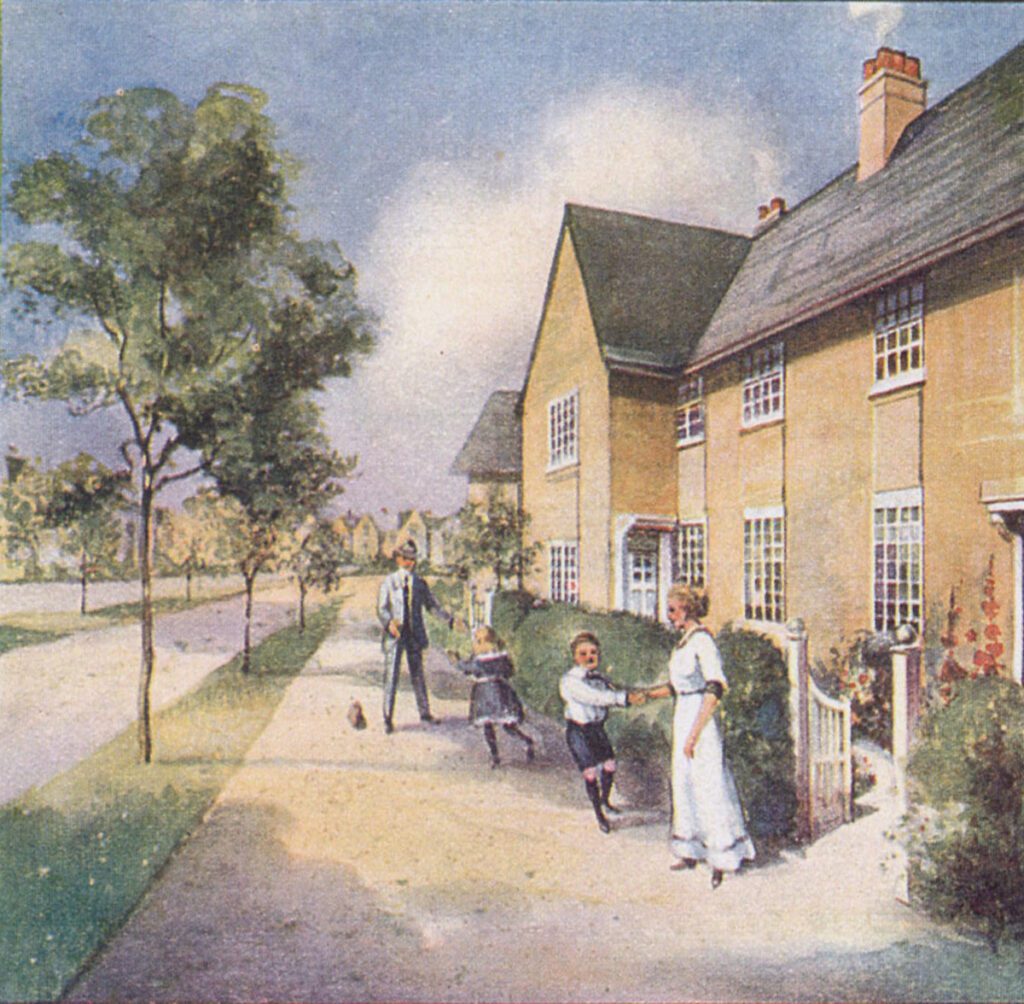 By 1978, it was decided to dissolve the company since it had served its purpose. In 1981, the committee announced that all company assets had been disposed of, but had a surplus of £6,742. Under the rules of the company, no one person was allowed to profit and so the surplus money was distributed to local charities.

Following Cardiff Council’s decision towards the end of the 1970s, Rhiwbina had now come under the designation of a ‘Conservation Area’, having been deemed ‘of sufficient architectural and historic merit’. Since then, the upkeep of the village has been carefully looked after by the residents and as such, the village has become one of the most desirable places to live in South Wales. The original vision of hundreds of houses, public buildings and shops did not perhaps materialise as had
been hoped.

Considering that the village was built with no help from the Government, lived through two World Wars and economic depression, Rhiwbina’s Garden Village is testament to sound investing and a firm sense of optimism.

Those who laid the foundations for the village would be proud of their efforts. Its co-operative ownership paved the way for a great sense of community, which still thrives today for all to enjoy.