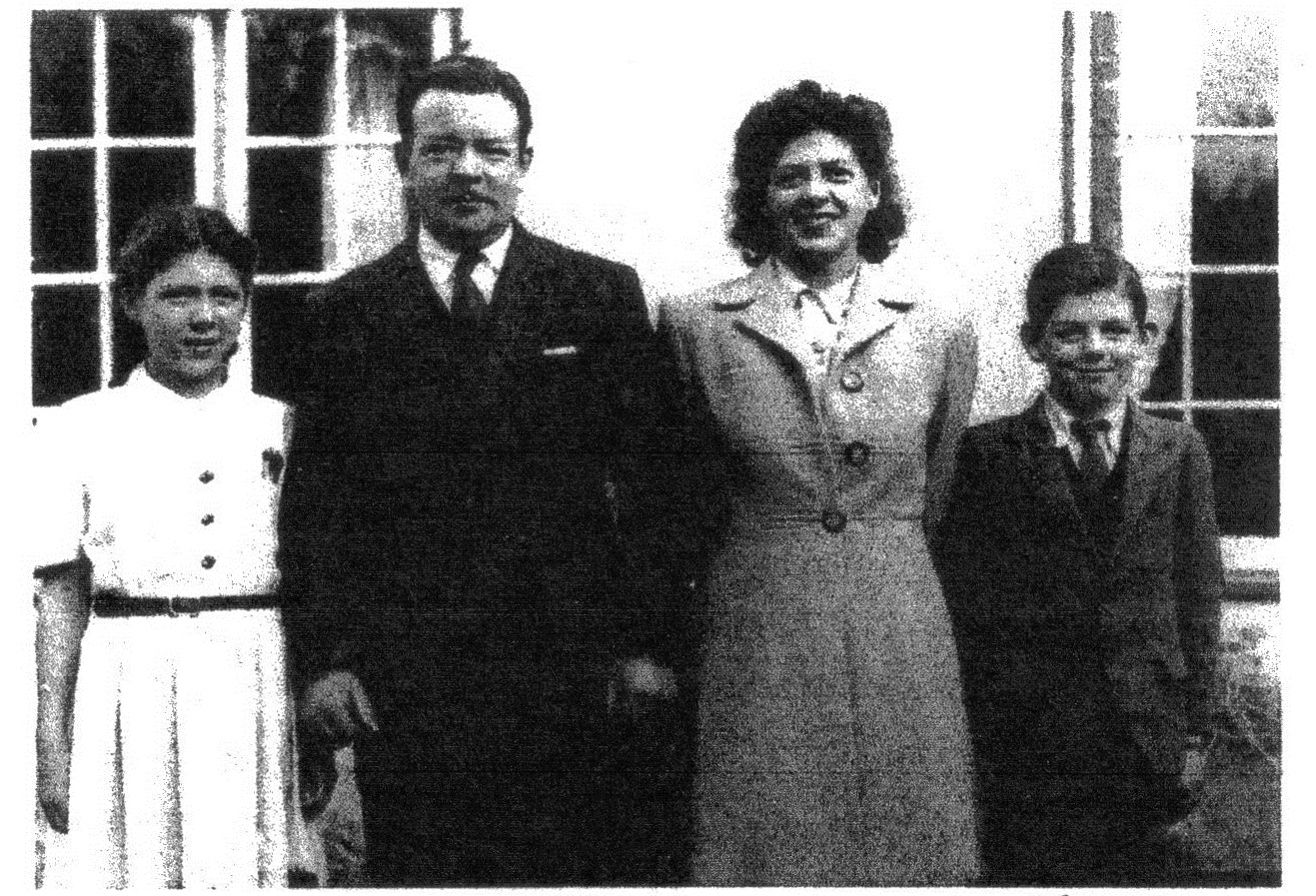 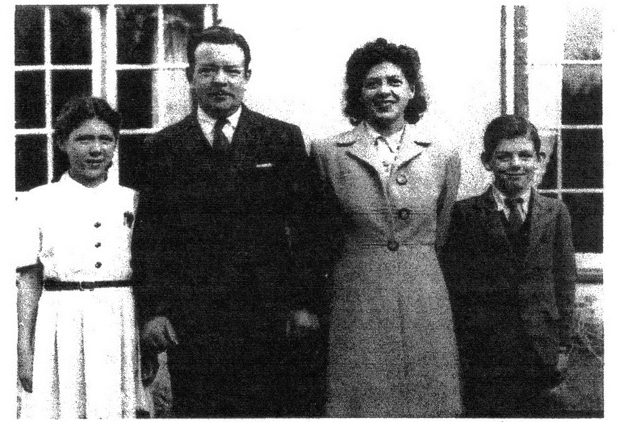 My father, John Evan Thomas, was on duty with the Home Guard. My mother, Gwenllian, was in bed upstairs and my sister and I were asleep in our Morrison air raid shelter, in the downstairs front room.

The first we knew of the air raid was terrific explosions. We went to the window to see what was happening, and all we could see was fire and bombs exploding all around us. A high explosive bomb had landed outside No.32, the home of Mrs Jenette. It was very close to us – about 40ft away from our window. It had hit the gas main and the flames were leaping as high as the houses.

The house opposite and to the right, No.26, the home of Mrs and Mrs Davies, was completely on fire, but luckily, they all managed to get out safely. The house had apparently been hit by fire bombs.

Suddenly, there was a knock at our front door. By this time, my mother was out of bed. She answered the door to an air raid warden who told her that we must leave immediately, as it looked as though an unexploded bomb had landed in the garden of next door – No. 25 – and may have gone under our house.

We left immediately, dressed only in our pyjamas. Once outside, I remember seeing Mr Sidney Pugh – he was the owner of the garden centre, and lived at No.28. He was trying to kick a burning firebomb out of his hedge. I don’t know if he succeeded as our mother took us up the Wenallt, where she thought it would be safe. We spent about three hours up there, eventually walking down by way of Rhiwbina Hill.

Mr Lewis, who lived at No.36, saw us walking down the street, guessed what had happened, and invited us into his house. After giving us refreshments, he insisted that the three of us make use of his bed for the rest of the night.

The next morning, we were told that it was not safe to go back to Wenallt Road so we went to Pentrych and stayed with our relatives for a few days. On returning to Wenallt Road, we could clearly see the result of the air raid. Pugh’s Garden Centre (which has since moved to Morganstown, Radyr), had taken quite a pounding with high explosives and incendiary bombs. There was glass everywhere.

The fire at No.26 was now out but only the shell of the building remained. A mine had landed in Pugh’s field, just behind the garden centre. The crater it caused was so big that you could bury a house there; it was later used for years by local people as a place to put their household and garden rubbish. An open space between the Wenallt Court flats now occupies the crater site as it was not possible to build on it – subsidence would have been inevitable.

The area where most of the bombs had landed was covered in clods of earth thrown up by the explosions. Many windows had been broken. The lath and plaster ceilings of most houses in the immediate area had either come down or were cracked.

For a few weeks after the raid, my friends and I would search the area and collect any pieces of shrapnel and all burned out firebombs that we could find. I kept mine for years, only to find that my mother had thrown them all out while I was away in Egypt with the Royal Air Force – believe it or not – working on bomb disposal.

I believe that the target of the raid was the Royal Ordnance Factory, but the greenhouses of the Garden Centre were mistaken for it – good aiming, wrong target.