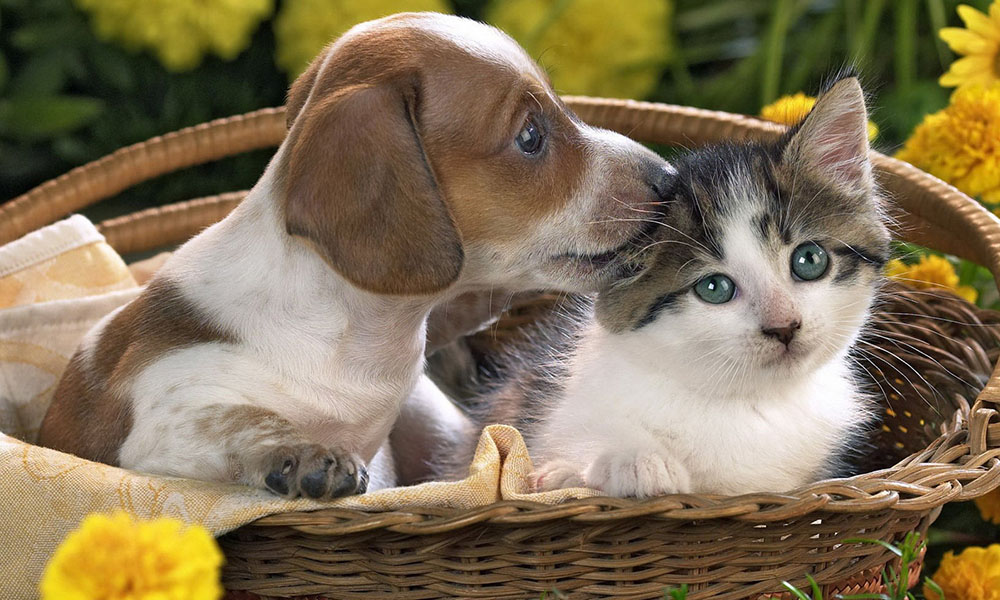 I was shocked to find out that a colleague of mine feeds raw chicken wings to her dog. I’d consider that dangerous on several levels, but she assures me that she’s been doing it for years without any problems. Who’s right?

Feeding raw meat to dogs is a subject that provokes great controversy among animal health experts and pet owners. Advocates of the practice claim it is natural and that some of the ‘goodness’ of the meat may be damaged by cooking. On the other hand, others are very concerned about the health risks.

One of the reasons for cooking our food, particularly chicken, is to sterilise it: cooking kills the bacteria on the surface and in the meat. Without cooking, bugs such as campylobacter and salmonella are present which could cause illness in anything – human or animal – that eats it. Remember that raw meat is not fresh (as in recently killed) but has been slaughtered at an abattoir, then passed through a distribution supply chain to arrive in the shop. This provides many opportunities for contamination.

So when giving raw chicken to a dog, you are hoping that it is not contaminated, or that his digestive system is able to cope with any bugs present. However, dogs are no more resistant to campylobacter or salmonella than people, and we do see them with these illnesses from time to time.

In addition, having eaten raw chicken, the bacteria could be present in the dog’s mouth, and could be spread over his coat when he’s licking himself. Humans can then be infected by simple social contact with the dog. This is particularly a risk with children, elderly people and anyone with a poor immune system (for example, chemotherapy patients).

So I would be very cautious about feeding raw chicken or any other raw meat, and just because an incident has never yet happened to your colleague, it doesn’t mean it never will!

I’ve been treating my dog for the last six months for ear mites but I’m concerned that nothing seems to be happening to make it any better. What else could it be?

Ear mites are tiny parasitic spider-like creatures that infect the ear canals of dogs and cats. Symptoms are usually itchy ears with a profuse dark, dryish waxy discharge. Often in longstanding cases there will be secondary infection with bacteria or yeasts.

It’s usually quite easy to get rid of ear mites, if proper prescription medicines are used. So the first thing to do is get your vet to check the ears and see if there really are ear mites present, or if there is some other ear problem going on. If they are there, the vet will be able to give you effective treatment, but there are a couple of potential pitfalls to avoid:

• Firstly, ear mites lay eggs which take about 4 weeks to hatch out. The eggs cannot be killed, so it’s important to continue treatment until all the eggs have hatched and the mites killed – in other words, at least 4 weeks of treatment is needed.
• Secondly, ear mites can easily pass to other dogs and cats in the home if they spend time close together, so all the pets in the house need to be treated simultaneously, even if they aren’t showing symptoms.

Is it possible that cats can get heart disease? I had a cat a few years back who just fell asleep one day and never woke up. My vet at the time said it could have been heart disease and I’ve always wondered how much truth there was in what she said.

Cats certainly do get heart disease, and on rare occasions this manifests as sudden death. Cats are very good at hiding signs of ill-health by modifying their lifestyle, so a cat with covert heart disease might become more inactive so that he doesn’t put any strain on his heart. You could easily have missed that symptom, particularly if he was getting older. Look on the bright side – that was a peaceful way to go!