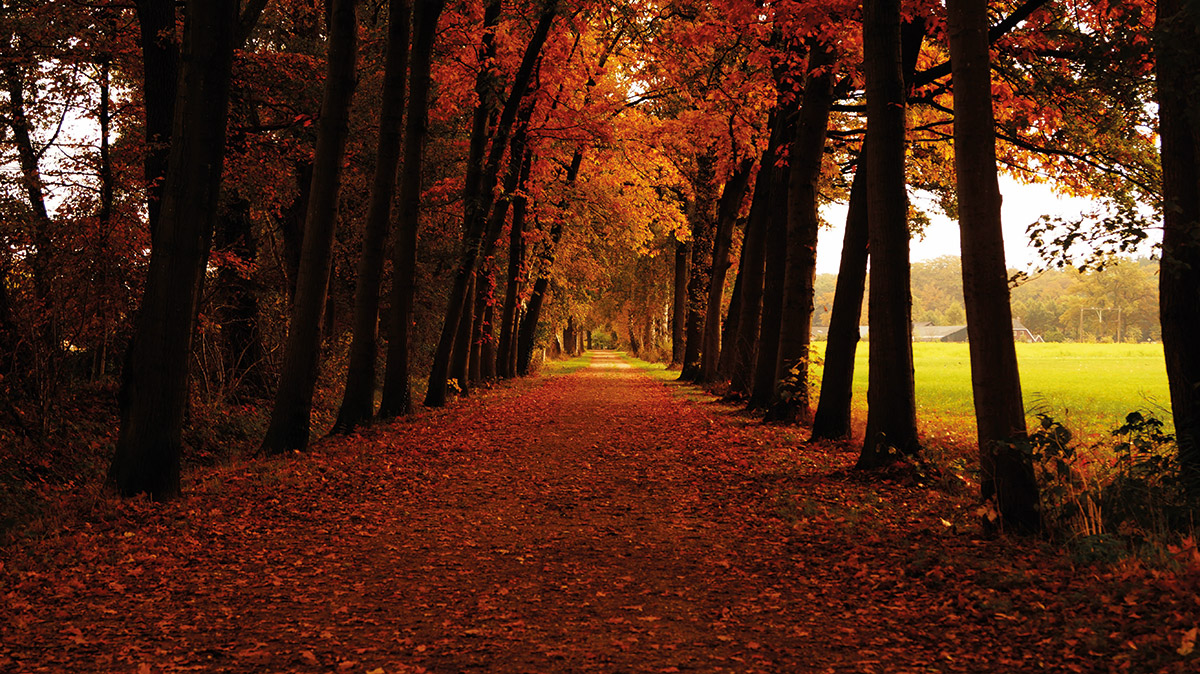 Foxes are found across all of the UK and can adapt to living in almost any kind of habitat. These days, you are more likely to find a fox in an urban setting rather than out in the countryside as food sources are more plentiful. The UK’s urban fox population may be as high as 150,000 which means that our local parks have now become their home. They are mainly active around dawn and dusk but it’s not uncommon to see a fox in a park in broad daylight.

Foxes live in loose family groups that are normally comprised of a dominant male and female and their four or five cubs.

One of the largest British bats is the noctule bat. The brown fur, wings, ears and face of these species are darker, making it one of the easiest bat species to identify within the UK. They live in holes within trees, created either by rot or left by woodpeckers.

Autumn is a busy time of year for noctule bats as they mate and seek hibernation places. They are also eating to build up their fat reserves to see them through the winter. The bats also experience periods of torpor, a state of decreased physiological activity which sees a reduced body temperature and metabolic rate. Torpor enables the bats to survive periods of reduced food availability.

Throughout November, these periods of torpor increase and some bats start their official hibernation.

Round, brown and covered in spines, the European hedgehog is one of the UK’s most familiar and popular wild mammals.

You can commonly see them in parks where bushes and hedges provide the perfect daytime hideaway. Parks also provide excellent feeding grounds, and you can often see hedgehogs scuttling about looking for food.

Hedgehogs eat all kinds of invertebrates, as well as amphibians, birds’ eggs and anything else they can catch. They particularly like big, crunchy beetles, earthworms and slugs. Hedgehogs hibernate over the winter, from about November to April, in a nest of leaves or logs called a ‘hibernaculum’.

As well as looking to the ground, cast your eyes to the sky.

Autumn is when many birds form flocks – from parties of long-tailed tits to huge flocks of waders on coastal estuaries and murmurations of starlings. Look for flocks of jackdaws, rooks and carrion crows flying to woodland roosts on Autumn evenings. If you live near the coast, look for great skeins of migratory geese which arrive from Arctic breeding grounds to spend the winter with us.

You know it’s Autumn when blackberries gleam in the hedgerows.

Pick the berries that are dark in colour, almost black. If you pick them too early, they will be red and bitter. Put your forefinger and thumb just behind the berry and gently pull towards you. If it easily pops off then it is ripe. It should leave the white end of the stem behind.

Be careful approaching these bushes as they are covered in thorns and you could get hurt!

The popular grey squirrel is most active at dawn and dusk, searching for available food. North Cardiff has become synonymous with grey squirrels due to the high population.

During Winter, the grey squirrel does not hibernate as it cannot store enough energy to survive for long periods without food. To survive the lean cold months of Winter, a large, thick winter drey is built, usually on a strong branch close to the trunk of a tree. The squirrel will lie up in the drey in very cold weather, coming out now and then to search out hidden stores of nuts buried in the ground in Autumn.

The stored nuts are spread around rather than in a single cache and are found by smell, rather than memory. Often they are not found at all and later may grow, helping the dispersal of trees. Winter dreys are often shared for warmth. As it sleeps, the squirrel curls its tail around its body to act as a blanket.

With an estimated population of 2,520,000 across the UK, grey squirrels now heavily outweigh their red counterparts.

Fungi pop up all over the place: on lawns and in parks, on piles of wood chip, on dead logs, on the ground and on the trunks of trees.

Bracket fungi cause decay and rot in the heartwood of trees and produce bracket-shaped fruiting bodies on the trunk or main branches. These fungi usually lead to weakening and sometimes to the eventual breakage or fall of affected trees.

Be careful when touching any type of fungi though as some are poisonous and can cause harm.

It’s only where there’s been a cold Autumn frost that you realise how many spiders there are out there!

You may be wondering how a spider is able to reach between two branches, which is often more than several feet.

The answer lies in their web silk. They simply cast out a very fine thread that catches on the breeze, and which then attaches itself to a nearby branch. From there, they can construct their web, usually at night.