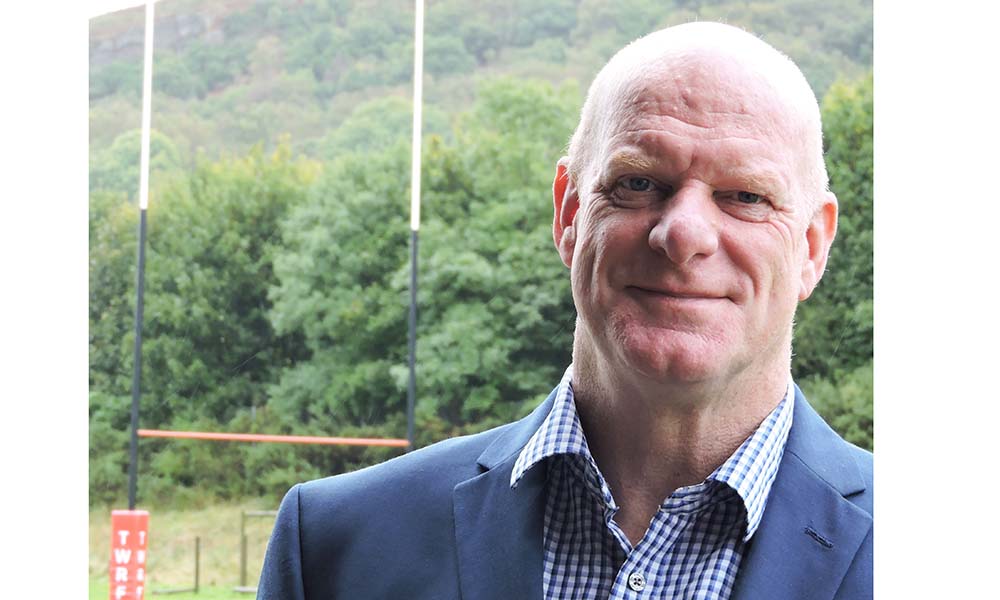 Among the mums, prams and coffees of Whitchurch’s Fino Lounge looms a giant of a man. Instantly recognisable, Phil Steele makes his way over to the table and places two piping hot coffees down.

“It was black you wanted wasn’t it?” he asks.

The broadcaster is promoting his autobiography which was published in December. Such has been the success of the book that it’s already gone for a second reprint.

“Where do you want to start?” he asks. “I was born in Ely in 1961 into a staunch Catholic family. I went to Archbishop Mostyn Secondary Modern and left school with 4 A Levels – Geography, Geology, Biology and Guilt!

“I remember watching Wales playing for the first time on an old black and white TV with my Dad in 1968. Bill McLaren was commentating and it was an 11-11 draw against England at Twickenham. I was hooked.

“As a kid, I played rugby in school and regularly went down to watch Cardiff. At the age of about 12, I became a ball boy for Cardiff RFC. I loved everything about it – watching my heroes playing and that winter-greenish smell of the turf and the Deep Heat.”

Phil’s earliest memories of the game were to have a lasting effect on his career in later life.

“I saw my first Welsh game live in 1973 at Cardiff Arms Park. I was over on what was then the West Terrace. I’ll always remember it – England came sprinting out first and then there came this overwhelming, rolling crescendo throughout the stands as we waited for Wales. It was almost as if the crowd’s roar was sucking the Welsh players out of the tunnel. And then they appeared in these scarlet jerseys and pristine white shorts. It made the hairs on the back of my neck stand up.

“The second game I went to was THAT Baa Baas game against New Zealand. I’ll always remember it – my ticket was just 30p!”

Phil’s love for the game took him to some of the European capitals that featured in what was then the Five Nations tournament.

“My dad used to work on the railways. I remember getting a train up to Holyhead and a ferry over to Dublin to watch Wales beat Ireland in 1978 to win the ‘triple’ Triple Crown. I was still only a teenager then. After the game, among the buzz of the fans, I walked onto the pitch. I walked over to the piece of turf where JJ Williams had scored and picked up a clump of grass.

“The following year, I jumped back on a train and went all the way to Paris. Memories like that stick with you.”

Soon Phil turned from spectator to participant by joining his local club. 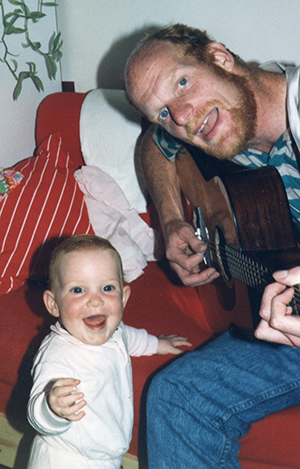 “I had ambitions to play for Wales. I’d watched the greats playing – the JJs and the Gareth Edwards – and I wanted to be part of that. I went to study Physical Education at the famous Cardiff College of Education in Cyncoed because Gareth, JJ, and many other internationals had gone there. I played through college and played against Newport at Christmas 1982 and we had a right drubbing. I think the score was something like 55-15 but I really enjoyed playing at full-back. I ran the ball whenever I could though in hindsight, I probably lacked that killer instinct. I came off thinking that I’d thoroughly enjoyed myself when I should have been beating myself up for the scoreline.

“But one of Newport’s committee came over to me and asked me if I’d like to play for them the following season and I agreed.”

Phil sits back in his seat with a big smile on his face.

“There was a captain there by the name of Mike ‘Spike’ Watkins. He played for Wales four times at hooker and if there was some way of bottling what inspiration he gave to me, my life would have been a lot easier. He’s the only person I’ve ever met who ‘got me’. He understood my personality and knew how to motivate me.”

Not long after Phil had joined Newport, he was picked for the Wales B squad. Unfortunately for Phil, he was struggling with a groin injury that seemed to be getting worse.

“We’d not long had the Adidas scandal of the 70s where the company illegally paid some of the game’s top stars to wear their boots. For the Wales B squad, I had to be measured up by Adidas for a kit that would have only ever fitted me. It was a great-looking kit too.

“The day came for us to collect our kits but my injury was worrying me. Spike told me to take a few Ibuprofen, run it off and to go and collect my Wales kit. But my conscience got the better of me. I told them that I was injured and so they refused to give it to me. I felt like I was being too honest. I saw my kit on the table but I ended up skulking away. I never got my kit and I never knew what happened to it.”

The injury kept Phil out of action for an entire season but he returned a year later to score a try on his first game back for Newport. Then a couple of months later against his old team Glamorgan Wanderers.more bad luck struck as Phil heard a tearing noise and found out that he’d injured his knee in the seventh minute of injury time.

“I was sent to see the doctor and in those days, they just put you in plaster. I remember waking up at 2am and panicking that I couldn’t get the plaster off. It felt like I had a python wrapped around my leg and I phoned my then fiancée and broke down in tears. 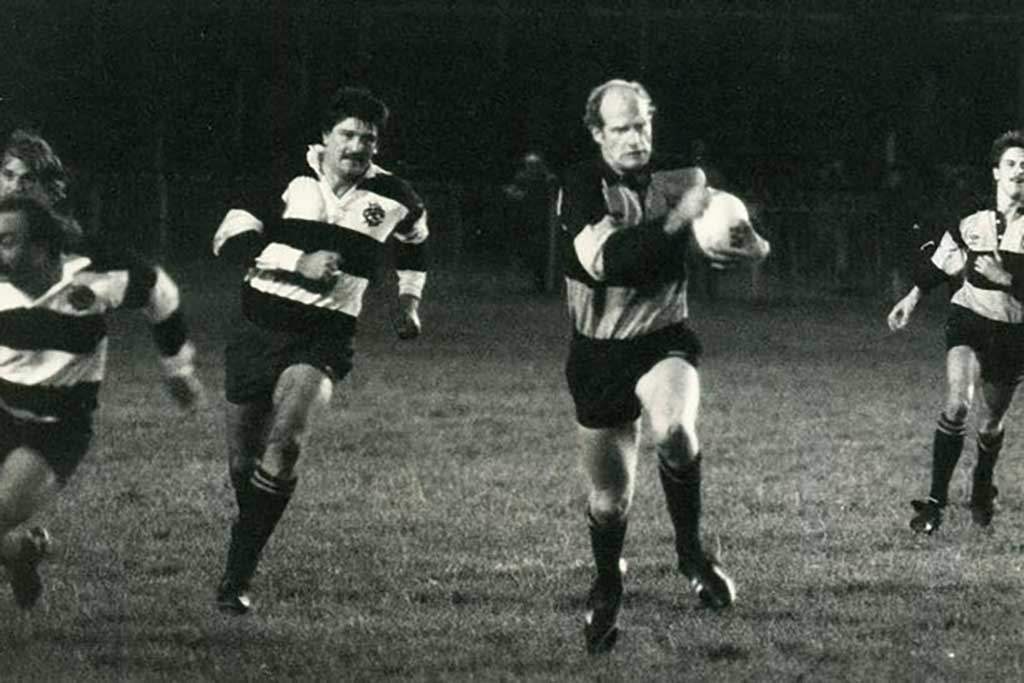 “I didn’t realise it at the time but I’d suffered a panic attack and went on to suffer deep depression while in recovery. I eventually got back into the game but I was never the player that I was before the injury.”

Today, most people will recognise Phil for his jovial pitch side banter on TV and radio. But behind the affable exterior, Phil has struggled with anxiety and depression for over 20 years.

“I was a teacher at the point in my life when I was injured and I remember going to church once and thinking that the priest had a nice life. I decided that I’d become a priest but then started battling with the idea in my head. These conflicts in my mind were driving me crazy and I was eventually put on tablets before I decided to flush them down the toilet.

“I married my first wife Liz in 1985 but I was still struggling with my mental health. They say that when it comes to fear, number three on the list of people’s biggest fears is financial ruin. Number two is dying, and number one is public speaking. More people are afraid of speaking in public than they are of dying. I have done both at the same time and that’s worse!”

Phil’s battle with depression has now been documented in his new book, Nerves of Steele, which has already drawn praise from both readers and critics.

“I was approached by St. David’s Press to write my autobiography and the first thing I thought was why anyone would want to read a story about me. But then I realised that I had a story to tell – my battle with depression is not an isolated case, and I thought that if the book could help at least one person with their problems, then I would have done something to help.”

Phil’s book, that was co-written with Merthyr author Anthony Bunko, has already received rave reviews. Phil takes out his phone and shows me a message he’s recently received from another rugby player who’d read the book and had been inspired by it.

“That makes me very proud,” he says beaming.

Phil celebrates his 23rd year as a freelance reporter and public speaker this year. He regularly features on Scrum V and BBC Radio Wales and his style is one that has endeared him to the nation’s heart.

“I talk about this a lot in the book but my style is just the way I am. I don’t fear the broadcasting side of things because as far as I’m concerned, I’m only speaking to one person and that’s the camera operator. I like to connect with my audience through empathy. As a former player, I’ve got an understanding of what their thought processes are. I’d never go ripping into a player who’s had a shocker of a game because I know exactly how that feels. I still have that passion for the game that I had all those years ago and I feel that my broadcasting and public speaking is a way for me to feel validated as a person. It makes me feel a bit more in control of my life.”

Tragedies in Phil’s life have been enough to challenge anyone.

Despite this, Phil now feels more at ease with life:

“I consider myself happy now. I’ve been well for the past 12 years or so. I met my now wife Kate just before Christmas in 2011 and we got married in 2013. Kate loves her rugby too and we went on the Lions tour for our honeymoon.

Nerves of Steele is available from www.st-davids-press.wales