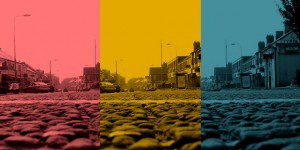 Our AGM for this current year was held on 18th November 2014 at the Whitchurch Rugby Club. I had someone standing against me this time, namely Mrs Jo Huntley, Neighbourhood Watch coordinator from St Francis Road, Whitchurch. I was re-elected on the evening and I am pleased to say that Jo has agreed to become one of our Committee Members.

Our activities since the last issue of this magazine have included attending the ‘Cheese and Crime’ evening at the Western Leisure Centre, Ely, which was a great success. This was the third year we have attended this event and it is very rewarding to watch the young people getting involved with the various displays that are available e g Crime Scene Investigation, Home Security and Safety etc. Of course, they really enjoy the cheese element during the evening.

I attended an Operation Perception in the Ely area in late November which was quite successful. In relation to this, one of our projects for this year is to try to re-launch Neighbourhood Watch groups in the Ely area that have fallen by the wayside for whatever reason. I have liaised with the local Neighbourhood Policing Team Inspector so hopefully we can get this exercise up and running very soon. The Operation Perception in conjunction with Small Business Saturday in Whitchurch in December last year was very successful, with the possibility of another new Neighbourhood Watch Group being set up.

We held our Operation Christmas Spirit again in Queen Street on 17th December using a Mobile Police Station as our base but, unfortunately, the weather was against us and it was not quite so successful this time – better luck this year hopefully. I attended the launch of the Pentrebane Dementia Café in December which was a great success and hopefully we can engage with the Carers Support Group once they are up and running, hopefully in March.

Myself and two committee members represented our Association at the National Holocaust Memorial Service held in the City Hall which was a very moving experience indeed as there were five survivors from the Auschwitz/Belsen camps in attendance. One of them spoke about her experience while in these camps – it must have been absolutely horrendous.

Following an Operation Perception in Rhydlafer recently, I hope to re-launch the Neighbourhood Watch Group on the estate at a meeting to be held on 10th March. Interest from the residents has been most positive. Counting this one, I have eight new watch groups interested in becoming active very soon with another two ‘waiting in the wings’ so our Association is continuing to grow.
Some advance notification for your diaries of future events we will be involved in:

If anyone is interested in setting up a Neighbourhood Watch Group where they live please contact your local Neighbourhood Policing Team or call our office on 02920 527301.
Bill Farnham
Chairman