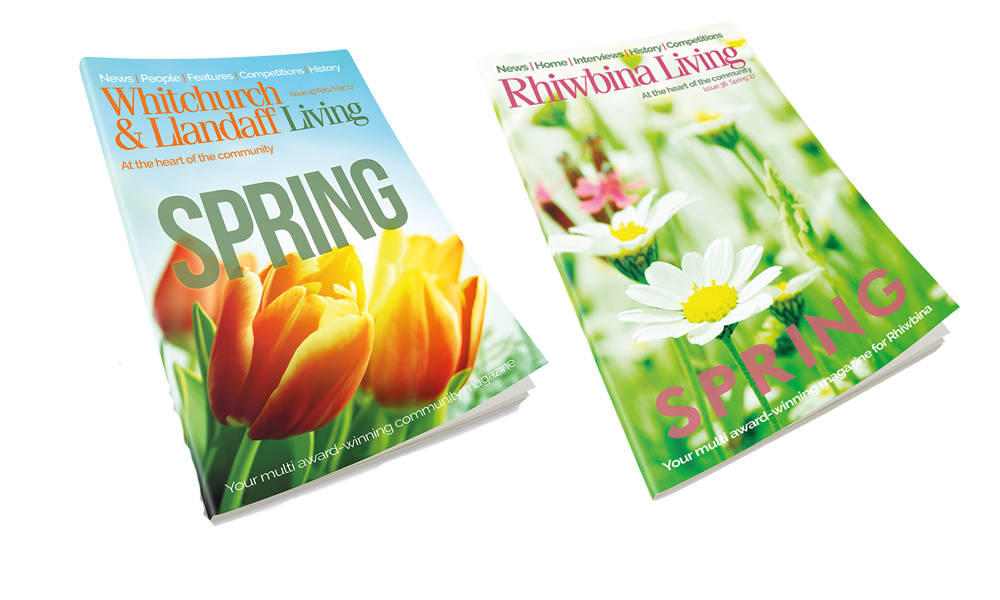 Both Rhiwbina Living, and Whitchurch and Llandaff Living have been shortlisted for the Independent Community News Service of the Year Award at this year Wales Media Awards.

The two magazines are up against each other and the Caerphilly Observer for the award, which is open to publications that are truly independent and not supported by any large commercial enterprise.

Rhiwbina Living was set up in 2007 by Dr Danielle Dummett and Patric Morgan, when they moved to Rhiwbina and found it difficult to find out what was going on in an area which had tremendous community spirit. The immediate success of Rhiwbina Living magazine was followed by calls from the Whitchurch and Llandaff area to set up a similar publication for their community, and Whitchurch and Llandaff Living was established just a year later.

“We are absolutely thrilled to have been shortlisted for the award and it represents how far our magazines have come since we first launched our publications nearly ten years ago. It’s still just the two of us doing everything from selling the advertising, writing the features and doing all the distribution. We walk over 1000 miles a year hand-delivering Rhiwbina Living to ensure that every household gets a copy. We also ensure that Whitchurch and Llandaff Living is effectively distributed throughout Whitchurch, Llandaff and Llandaff North five times a year via our network of custom-made stands and established outlets. We publish our high-quality magazines on average every six weeks and we also promote our news and advertisers online continuously throughout the year, so it’s a huge amount of work for the two of us but our passion for what we do keeps us going. The feedback we receive from the community gives us fantastic job satisfaction and it’s great that we continue to provide such a valuable public service. One of the things that makes us the happiest is the amount of interaction our magazines generate with the community, both locally and beyond. To be recognised as a finalist for this award is hugely rewarding.”

The Awards evening is a major fundraiser for the Journalists’ Charity, which supports working and retired journalists in urgent need with advice, grants and other forms of financial assistance. The gala black tie event is a celebration of the very best of media talent in Wales and will include a sparkling wine reception, the presentation of the Awards and a late bar.

The Awards will be presented at a prestigious black tie ceremony hosted by broadcaster Dermot Murnaghan at the Mercure Holland House Hotel, Cardiff on 31 March 2017.

A full list of the finalists can be seen at www.walesmediaawards.co.uk