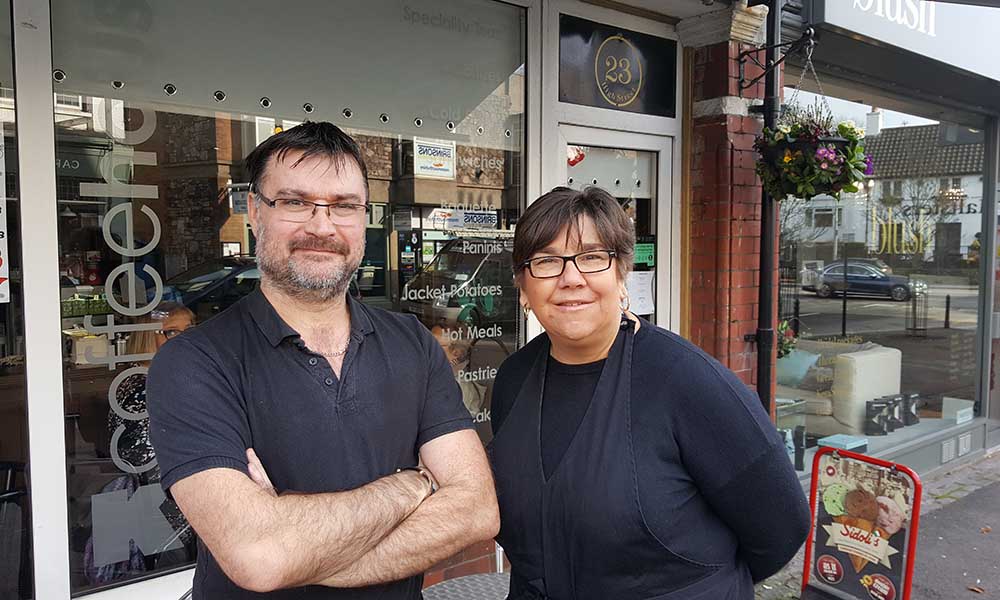 It takes a very special kind of establishment to still be in business two decades after opening its doors. But recently, one of Llandaff’s favourite eateries celebrated its 20th anniversary.

“We originally met 24 years ago in Kiwis bar in town and over the next few years, set up our own catering business before deciding to get married,” says Kim. “I’d been head chef at BT’s Stadium House up until then. Originally from Ely, I trained at Barry College which gave me experience to set up my own business.”

Meanwhile husband Kevin from Llandaff, had previously trained at the catering college at Colchester Avenue. Cooking played a big role in his family as he was growing up, and he often helped in the kitchen. It was clear that catering would be Kevin’s calling.

“Kim and I had just finished a business course in the Bay when we walked past a shop window and saw that the Four Seasons café in Llandaff was up for sale,” says Kevin. “The place needed some work but we saw the potential in the property. We took over the lease in December 1996.”

But what about the name?

“Ah yes, the name,” says Kevin. “It’s surprising how many people still don’t make the connection. They think of Himalayan mountains but it simply comes down the fact that our two names start with the letter ‘K’. It just seemed right and we had been using the name K2 for our outside catering business in any case. It was logical that we’d give our new venue the same name.”

K2 quickly became one of the most popular eateries on Llandaff’s High Street. Twenty years later, and the restaurant is still going strong.

So what’s the secret to their success?

“We’re a family-run business serving up good old-fashioned home cooking,” says Kim. “The two of us are always here on the premises and our sons Conor and Ellis are also involved in the business. Speed of service is important as we realise that a lot of our customers are on a lunch break. We’re keen to use small, independent and locally-sourced suppliers and we make our own delicious homemade cakes. As a licensed restaurant, we can even offer you a nice tipple with your meal!” 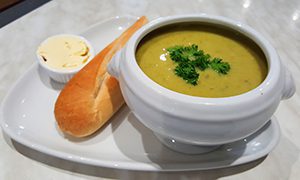 The restaurant’s community focus is a big draw:

“K2 offers a great atmosphere that’s warm and comfortable for everyone. Local sixth formers are just at home here as our other guests, so our community spirit really does have appeal.”
Working together as a couple has really paid dividends, although Kevin jokes that throughout the day they are separated by the kitchen wall!

The last 20 years have allowed the couple to meet people from all walks of life:

“As well as our loyal and wonderful customers, we’ve had some well-known faces in through our doors over the years – David Cameron, James Corden and we even had Van Morrison in once!

“We continue to provide a busy outside catering service, most recently for Pritchard Court and Cwrt Pegasus,” says Kevin.

Kevin and Kim also play a crucial role in the Llandaff Traders’ Association.

“We hold the Traders’ Meetings here at K2 and are always involved in local events such as fundraising for the Christmas Lights. We are keen to put on more events to raise money for the lights this year,” says Kevin.

Looking ahead, Kevin and Kim are planning some themed evenings for their customers and they’ve also recently introduced a loyalty card scheme.

“For now, our focus is to maintain the quality of service and food that we have provided for the past 20 years as that is what has made our loyal customers happy.”

Sponsored feature. To feature your business in our magazines and online, email us at editor@livingmags.co.uk