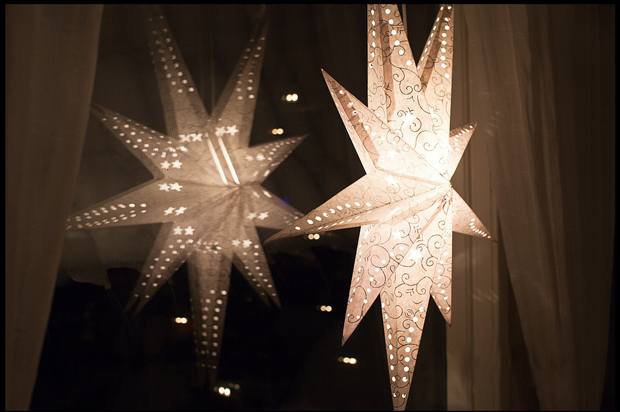 She placed the receiver back into its cradle with care, and slowly made her way into the living room. She sat down, staring straight ahead with her trembling fingers placed on her lips.

Are not ghosts those creatures that return from the dead?

‘That was Ja…James. He…he said he wants to call and see us.’

Her husband shot to his feet.

‘Oh my god Marion! Hey but wait a minute, how do you know it was him? Probably some prankster having a joke on us.’

‘But John, it sounded like him…only older.’ More world weary, she thought.

That night, they lay looking at the ceiling.

‘Try and get some sleep Marion, and don’t build up your hopes. If it was him, why now after all this time, would he want to see us? Desperation, I wouldn’t wonder! Never a thought of how we’ve had to suffer these past fifteen years. Selfish! Selfish!’

Marion recalled as she did many times, the night he left. It was Christmas Eve and they were running late as they got ready for Midnight Mass. There were raised voices upstairs. James thundered down the stairs, pushing past his mother who was fixing her hat in place at the mirror. John followed close behind holding a small bag of white powder between his finger and thumb as if it would burn him.

‘What the hell are you playing at boy?!’

But James did not answer. Instead he slammed the door, shattering their hearts to pieces; leaving them empty, not quite fitting their own skins anymore.

What state would their son now be in? They’d imagined it all. If he was not buried in some undergrowth, how did he survive all the years? Was it the drugs, alcohol, begging, hostels? After all the searching had been exhausted, the police had just registered him as a missing person. But he was their son. Their only child, their hope and their future.

Marion’s arms ached with the lack of holding her son, the things she could not do for him. She hoped her prayers had been answered and he really was returning to them.

Next morning, they sat heavy eyed over the breakfast table, staring into their pale tea.

‘What time did this person say they were coming?’

John did not look at his wife.

No. 3 was the only house on the street that had not been decorated for Christmas. For fifteen years, it had remained dark. A blank space between the bejewelled windows surrounding it. Lights flashed fast, lights flashed slowly. The whole street emblazoned with stars, angels, Santa’s. Hope. No. 3 stood out in its bleakness, but it had all been too painful…

‘John, I’ve been thinking. I know what you are going to say, but just in case, do you think we should get the box of decorations out of the loft, perhaps even a little tree?’

‘For God’s sake Marion! If he is still out there, what thought has he given to us over the years, and you want to tart the place up?! Listen, if it is him, he’s probably still trying to put the knife in! Can’t you see that it’s a big joke?!’

Marion tidied around and even opened the door of her son’s bedroom, the room of a teenager still.

After much debating, John reluctantly picked a small fir from the market, and pulled out the ladder to give him access to the loft. The cardboard box was covered in dust and its contents all jumbled where they had been hurriedly thrown in all those years ago.

Silently they took out the sparkling tinsel and began to dress the tree; the coloured lights in the shape of bells that James would switch on himself, the baubles as fragile as their hearts were placed with care. In the window, a star radiated into the dark night. Just in case.

The couple both gasped when they came across the paper lantern their son had made at primary school. Scribbled in bright wax crayons, it had always taken pride on the tree. It was these things that had stopped them all this time from uncovering.

The next few days grew colder. Although the house was bathed in light, their souls still had a chill. They sat quietly, ears straining in case they should miss the slightest sound.

Marion thought of what state her son would be in. Desperation, her husband had said. Would she recognise him? What would the ravages of the world have done to her baby?

Secretly she had bought some warm clothes for him. She hoped they would fit. She had no sense of young men’s fashion, but they were just something to keep him warm.

Marion had cried behind the front door when they had heard the doorbell and could hear the strains of ‘O Come All Ye Faithful’ from the other side.

Perhaps John was right; it had all been a hoax.

Christmas Eve came. The stillness filled the room; you could reach out and touch it. Marion was too frightened to breathe lest she failed to hear even the dust settle; but still the lights glowed, yet their hearts grew tighter.

Late in the evening, the sound of a car pulling up across the street saw Marion and John scramble to the window. It was a smart couple in a very smart car. The young woman reached into the back seat and Marion and John returned to the sofa.

The sound of the doorbell shattered the silence. They flung the door open. Before them stood a young man and woman with a white bundle in her arms. She pulled back the blanket.