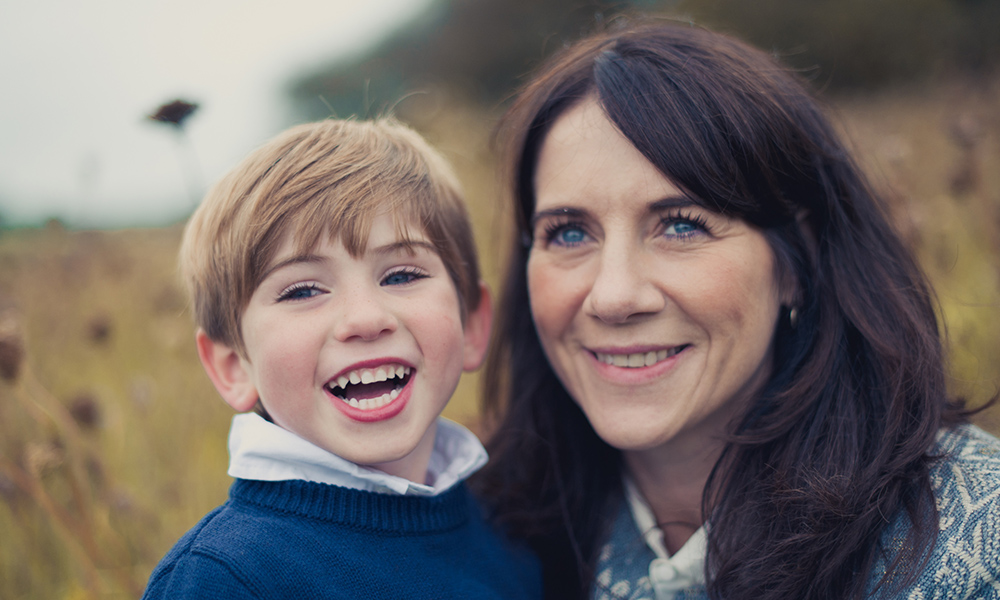 Living Magazines speaks to Rachel Cule who, along with Amy Holland, set up Single Parents Wales

Sitting in the Ikea cafe with her son one weekend back in 2013, after having recently separated from his father, Rachel Cule was struck by a sense of loneliness as she looked on at the families all around her. But it was also a defining moment and one that would end up changing the course of her life and those of others.

“I was looking around and there were all these 2.4 families and just me and Joseph, and I thought I don’t want to just be on our own. All my friends were married with children and they all spent time with their kids and husbands on a weekend. I felt very lonely and thought I had to do something.”

Rachel tried to find a single parents group to join, thinking that it would provide an opportunity to chat to new friends whilst the children played, but couldn’t find anything out there.

“I found myself going over my mum and dad’s all the time and thought this isn’t the life I want, so I put an ad on Netmums in a Bridget Jones style saying ‘I’m Rachel, I’m 11 stone, I smoke a vapouriser’ and a list of other stuff about me, and I started getting emails from people.”

Rachel began meeting up with people on the weekend, usually a small group of about 5 parents and their children. Some time later, she met Amy Holland, another single mother who was working for Gingerbread at the time- the charity for single parent families.

“Amy and I hit it off straight away and she suggested I would be great working for Gingerbread with her on a project for single parents around creating connections and developing self management skills. When the project ended, Gingerbread weren’t going to carry on the social aspect of the project, and so we had the idea to try and develop it ourselves and apply for funding.”

Single Parents Wales was subsequently founded by the pair with the aim of providing support to, and preventing feelings of isolation in single parents across Wales. The group set out to achieve this in a variety of ways by providing several online communities for people to engage with each other, including Facebook, Instagram and Twitter, and through the organisation and facilitation of different events and meet-ups.

“We’ve created a community which reduces feelings of loneliness and allows people to connect with one another. We have an online forum too and there is always someone for people to talk to.”

But it’s not just virtual support that is provided. The group puts on various activities and events, with a fortnightly ramble for people to get together. Many activities are deliberately planned for times when people would be with extended family, such as half terms, weekends, bank holidays and around Christmas. Rachel explains:

“We are doing a Christmas event a few days before Christmas, so we have mulled wine and Father Christmas comes. It all reinforces the fact you’re not alone for Christmas.”

Rachel talks proudly about the group and what people get from it:

“We make each other laugh; people say it’s like having a second family. I grew up in a family where we all used to go on Sunday day trips, to Cosmeston and places like that. If you did that on your own with your child, you would probably feel isolated and would be looking around and not talking to anyone. With the rambles we put on, people get to talk to each other and have a laugh with other parents, whilst the children are having fun with other kids.”

Rachel also believes that being part of the group helps normalise the experience of being in a single parent family for children:

“Kids don’t feel it’s anything unusual. Joseph doesn’t think having a single parent is abnormal as he knows other children in the group are in the same situation and he doesn’t feel any different. It’s not a worry for him.”

As the group became more popular, Rachel and Amy decided to seek funding, and with the help of Julie Morgan AM who had become their patron, they secured funding for the group, for more events and specifically to focus on promoting wellbeing. Rachel explains:

“We were awarded 5k from The Big Lottery and 3k from The Mental Health Foundation which helped us to facilitate workshops around promoting wellbeing; as single parents are more prone to depression and other mental health problems. No-one really talks about the trauma of a separation or a divorce and you’re left to get on with it, but it’s still a loss and can bring with it feelings of bereavement that can be difficult to manage.” 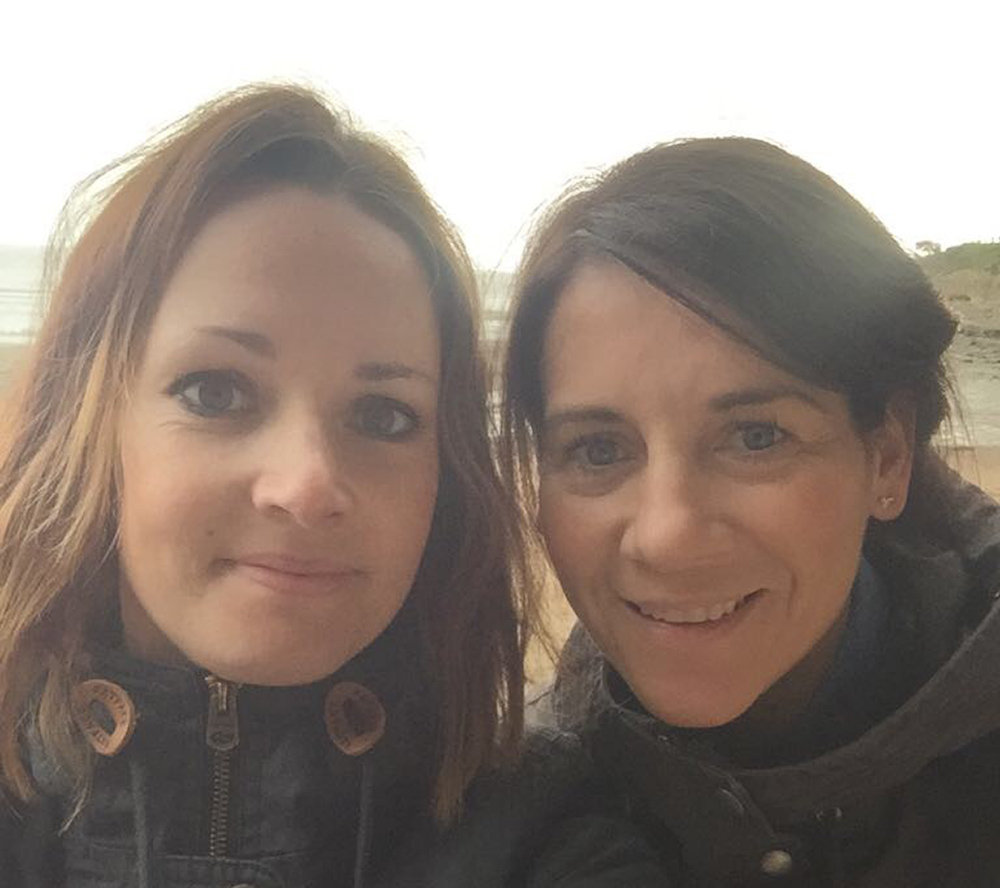 The workshops ran for one day a week over 6 weeks and addressed the mental health and wellbeing of single parents, including topics such as managing difficult relationships, coping with mental health difficulties and promoting wellbeing, with a focus on the positives of being a single parent. The course was fully funded for the participants which was advertised on their Facebook group.

“We had 11 people come every week and were able to pay for their childcare and travel so they could attend and have a chance to meet others in a similar situation. Many single parents live in poverty – however a lot of those I meet aren’t, as actually 67% of single parents in Wales work, a fact that is not well known.”

Rachel beams as she recalls how the group made a difference to people:

“When the course finished, people went away feeling stronger. It was lovely to see. We’ve also used funding to provide workshops on how to service your car (which booked up in five minutes!), mindful play with the children, mosaic and creative art, and graffiti workshops for teenagers.”

Over the last year, the group has grown to the point where they receive around five requests a day for new people to join the Facebook page and the rambles are now held every fortnight due to increased demand. But Rachel and Amy have a vision for how to develop the organisation even more:

“We’re applying for 50k of funding this time, which would cover four or five sets of the mental health and wellbeing workshops through the oncoming year. The money would also allow us to put on more events like the service your own car workshop and to make events more accessible to people by paying for their travel costs. It would also provide some funding for Amy and I to run the organisation as we currently do everything for free.”

At the moment the popular rambling events take place around Cardiff and Penarth but there have been calls for them to be organised in other parts of Wales. Rachel and Amy would like to be able to make these available to all single parents across the country by training volunteers to be able to facilitate them in their own areas. Rachel explains:

“We need to find the right people to lead these groups as making others feel relaxed and able to share stories is a skill. We have also had people attend our workshops who have wanted to go on and learn to facilitate them themselves, and this is something we are keen to develop, particularly as these skills and experiences can then be highlighted on people’s CVs.”

The group has become immensely popular and is valued by many single parents across Wales. Rachel is keen to point out that the group incorporates people of varied ages and from all different backgrounds, and that men especially can reduce feelings of isolation by becoming involved.

“People feel so much better after becoming part of the group and say it has changed their life and that they are so grateful to us for setting it up.”

Joseph doesn’t think having a single parent is abnormal

Clearly the pair bring the personal experience of being single parents to their roles, but they have also received training and acquired skills through work to make them ideal to lead the group.

“I did a social sciences degree and learnt a lot about psychology, and Amy has worked in the charity field for longer than me- for about 10 years, so we’ve had a lot of training and experience, both personally and professionally.”

As Rachel speaks it is easy to see how she is able to engage people, with her warmth and open honesty:

“I think if you’ve been depressed and lonely yourself there is no-one better than that to facilitate a group. I think the ability to connect with people comes from being able to identify and understand people’s situations.”

So how has the group and her new role helped Rachel, after she sat in Ikea that afternoon 4 years ago feeling so alone?

“I have such a wide social circle, I can never be alone now. My Mum says I have the most friends ever and I used to have a lot of friends but I have about a million now!” she laughs. “I think lots of things that are successful come from people that have been hurt and then it turns into something good.

I always knew I was a caring person, but I get major satisfaction from helping other people through the group. When I am facilitating workshops or on rambles I think I am probably at my happiest, as I know I am making people happy, and I’m socialising too which I love to do. The fact that people feel they are being helped by the group, by coming on a ramble or being able to say how they feel online, makes me feel maybe I was supposed to be in this position.”

The Bridget Jones type ad that Rachel placed has clearly yielded much more than she could ever have imagined.

“That was one of the best decisions I ever made. I don’t see that I am doing a job as everything I do, I love doing and it gives me as much as it gives others. It’s helped me deal with the trauma of my break up and made me a stronger person.”