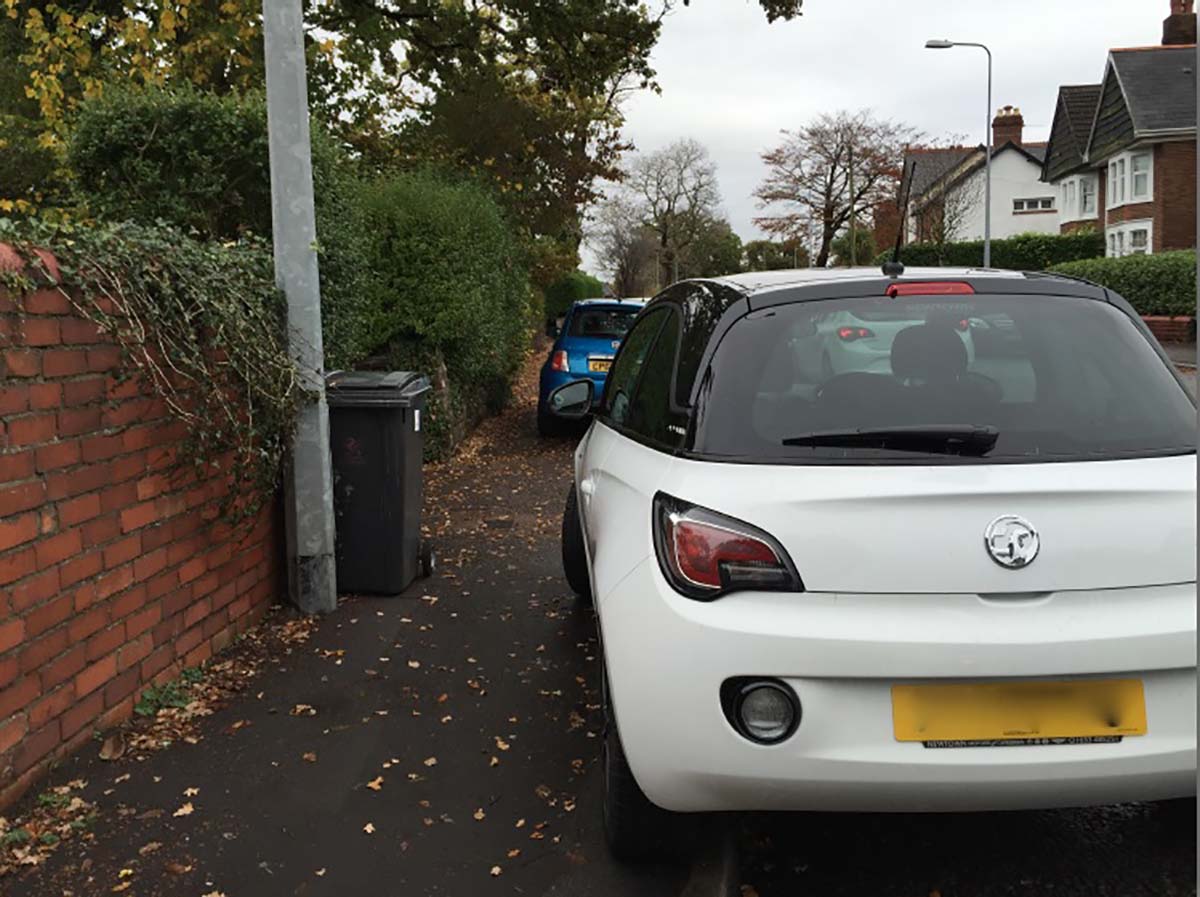 A resident of Rhiwbina in the 40s and 50s, returning to the present day Rhiwbina area would no doubt be shocked and bemused by the volume of traffic that daily passes along our roads. He or she would hardly believe their eyes at the range and size of modern vehicles. Today’s vehicles are bigger, wider and altogether bulkier than the small and narrow A35s and Ford Populars of those far-off times.

And that leads to another observation: the roads and pavements have remained the same width. Parked vehicles now take up proportionally more space, leaving far less room for those vehicles trying to pass along these roads. In addition, drivers parking along these roads are concerned, quite rightly, about potential damage to mirrors and bodywork as buses, vans, lorries and cars all try to pass each other in confined space. Inevitably, motorists try to reduce the risk of damage by parking half on the road and half on the pavement.

While those of us living in the residential areas of Rhiwbina have long grappled with increasing car ownership and on-road parking, there is now a disturbing trend towards adopting the ‘half and half’ approach to parking on main roads – particularly Beulah Road, and the roads surrounding local schools at drop off and collection time. It is noticeable that many of these vehicles belong to the species commonly known as Tractor Chelseam. (Ed: Commonly known as ‘Chelsea Tractor’).

Many of those reading these words will themselves be both motorists and pedestrians. As the former, we have sympathy with those concerned for the integrity of bodywork and mirrors. However, wearing our pedestrian hats (or should that be shoes?) we are often frustrated by the narrowness of the space left to us on our pavements (yes, they are). It is particularly irksome for those of limited mobility and eyesight and for those younger ones trying to manoeuvre a pushchair and toddler to have to squeeze through while trying not to damage the vehicle causing the obstruction. Even more galling is the shower of water droplets down one’s neck while negotiating an overgrown hedge after heavy rain! It is at times like this that the selfishness of thoughtless parking sometimes leads to malicious thoughts in the mind of the hapless pedestrian.

What’s to be done? More parking restrictions would only frustrate motorists, and local businesses understandably would be concerned for their already parlous livelihoods. A greater presence of traffic wardens (or whatever they’re called these days) might help – parking on the pavement is an offence! – but with present-day cuts to local authority services and personnel, that is unlikely. The only recourse is for motorists to put themselves in the position of the pedestrian before parking and, in the words seen in a North Wales pub car park – ‘park prettily’!