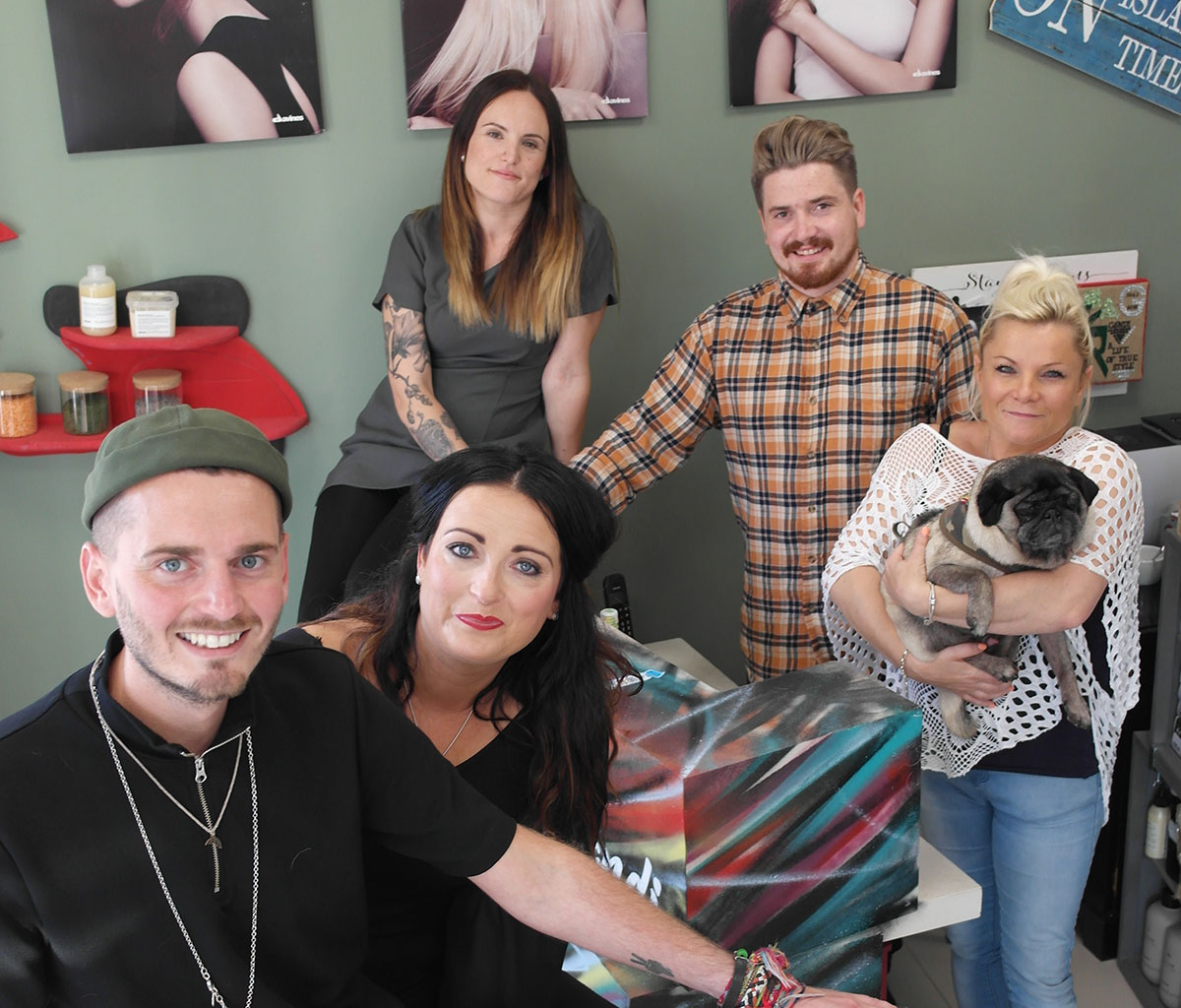 “The name Gondi originates in part from the African village of Gondwana, a place which is known as being a place of safety,” says Phillip Cogin, Director of Gondi Lifestyle Salon. Phillip explains that Ghandi is the other influence on the salon’s choice of name. “I put the two names together and got Gondi.” Moreover, “the symbol of Gondi means attraversiamo or ‘we cross over’. Ashley, our senior stylist suggested I added the Bonsai tree to represent my roots, as Rhiwbina is where I started my hairdressing career and where I have been brought back, full circle.”

It was when he was in Bali that Phillip came up with the name of the salon “I met Ketut Liyar, the guy from the film Eat, Love, Pray and he told me I was going to set up a salon before he even touched my hand. As my travels continued, I convinced myself that this was what I was going to do, then when I returned to Rhiwbina and the previous salon closed in Llanishen Fach it was just the right time and the right opportunity.”

Phillip’s extensive travels around the globe have influenced the ethos, ethics and design of the salon. “All the products are naturally derived and are able to be put back into the environment. The packaging has to be sustainable and the ingredients are locally sourced; for example, our roucou oil is from the Amazon and is synthetic and paraben-free. This makes Gondi one of the few salons across Cardiff that are able to offer naturally derived products.”

Even the interior of the salon is eco-friendly, with the walls being made up of cotton wool imported from Lanzarote, energy saving lightbulbs and a focus on recycling. The decoration of the salon reflects inspirations from Phillip’s travels, featuring design from around the world, including street art from Melbourne which gives the salon an edgy, urban feel.

As well as the ethics behind the salon’s products, Gondi is very much about the community and about charity; something that became close to Phillip’s heart whilst travelling.

“If every business or person could do one thing to help, it would make a change,” he says; “working alongside a team who share my passion for charitable work means we can make more of an impact.” Gondi has only been open for a few months but already the salon has been recognised for its contribution to charity, having already held a pamper evening in aid of Cancer Research Wales which was attended by the Lord Mayor of Cardiff.

Phillip started his hairdressing career in Aquarius in Rhiwbina eight years ago and trained in Covent Garden as a Aveda Colourist. He became a senior technician at Kamigata which was the first salon in Wales to introduce Balayage and Freelights/Ombre. He then moved to Bauhaus and Blush.
The high skill set of the team is one of the reasons that Phillip believes people flock to the salon. That and the friendly, open approach from the team with complimentary consultations and a glass of wine as standard offerings. There is a customer loyalty programme in place as well as a range of beauty treatments on offer, including micro-dermabrasion. Men are equally catered for with a dedicated barber in the salon.

The salon is already up for a number of prestigious awards including the Cardiff Lifestyle Awards, the Welsh National Hair Federation Awards and the I Sustain Beauty Awards.

Despite the salon’s national acclaim, returning to his roots in Rhiwbina is bringing happiness to the man who has spread his wings and brought his values from far and wide across the globe.

“I love looking out of the salon at the trees, being part of the Rhiwbina community again and having a chance to make a difference to people.”