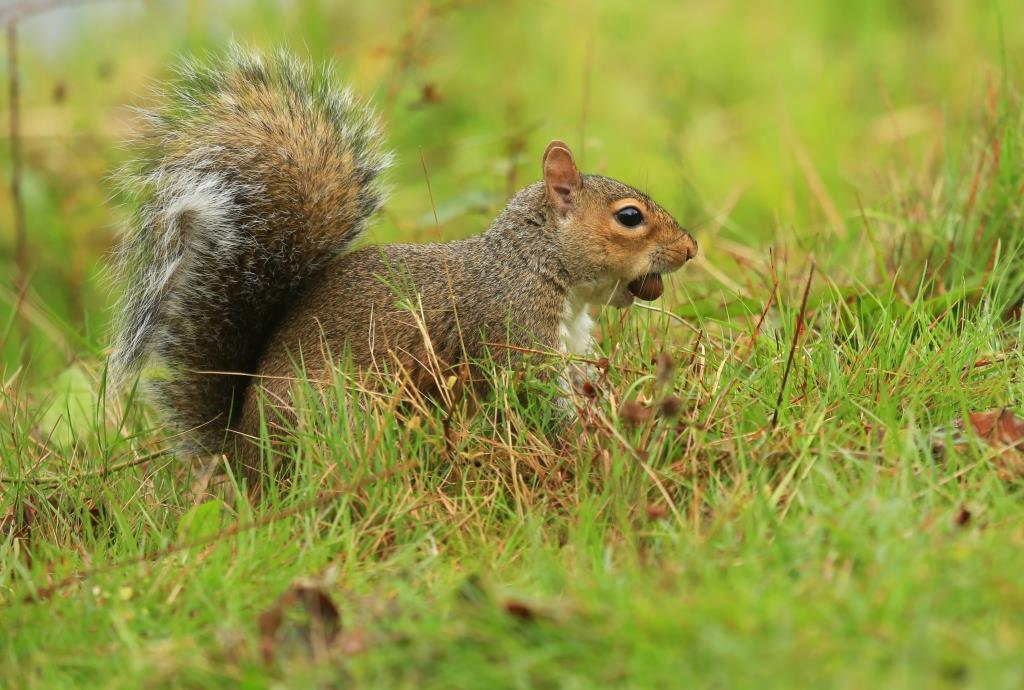 Tucked away near the M4 in north Cardiff is a 150 acre reserve that straddles the River Taff and what remains of the Glamorganshire Canal.

Forest Farm is a haven for wildlife – it’s noted for its many and varied bird life, flora and fauna, as well as a healthy population of insects.

Established in 1967, it is maintained by Cardiff Council Rangers and Friends of Forest Farm. The majority of the woodland is Beech and Oak with several trees being over 200 years old. Other areas have been designated as Sites of Special Scientific Interest. Its river banks and woodland habitats provide all that herons, kingfishers, sparrowhawks, coal tits, snipes and dragonflies need.

Local photographer John Lewis has been documenting Forest Farm over the last few years, and is always discovering new sights and sounds.

“I’m at Forest Farm on a very regular basis as the area is well-used by photographers. I’ve met people as far afield as Swansea and Bristol, who have come especially to see and photograph the wildlife there. Of course, the area is also used for bird watching, dog walking or even just for a casual stroll alongside the canal or River Taff.”

John has been interested in photography for the last ten years.

“I’m a member of the Whitchurch Camera Club. The club meets every Tuesday evening at 7pm in Whitchurch Community Centre on Old Church Road. It’s a very relaxed and informal club that aims to promote photography as a hobby. We are always welcoming new members of all abilities!”

2015 sees the 25th anniversary of the Friends of Forest Farm. They have an Open Day on Saturday October 10th at the Wardens Centre. They’re also running a photo competition which ends Sept 30th which is for their anniversary. More details at www.forestfarm.org.uk

The walk starts at the small Car Park on Forest Farm Road Whitchurch, which can be found by following Velindre Road from the Whitchurch Library Roundabout.

You will enter the reserve by two slopes – the slope on the right has a gentler slope and has the benefit of a handrail.

One of the first things you will see is two watercourses. The watercourse on the left is a feeder from the River Taff at Radyr Weir that was used to provide water for the Melingriffith Tinplate Works. The watercourse on your right is the only remaining part of the Glamorganshire Canal that remains in water. Started in 1790, it linked the Ironworks of Merthyr at a height of 568ft to the sea at Cardiff – a distance of 25.5 miles that included 52 locks. This part of the canal finally closed in 1943 although north of this location, it had been in disrepair for many years previous to this.

The first bridge you will cross in known as The Sunny Bank Weir bridge and dates from 1851. The rounded side of the bridge enabled the ropes from horse drawn barges to pass over the bridge which was built to allow overflow from the canal to pass to the feeder to supply works and conserve water.

As you walk north, after 50 metres you will see a stone wall. This is the site of the three-storey Sunnybank cottages that originally provided housing for the workers of the nearby Melingriffith Tinplate Works. The works stood on the site of the modern housing estate on the left hand side of Forest Farm Road.

You will find a gentle slope where you will approach Forest Lock. A capstan (mooring post) shows where barges moored waiting for their turn to head north.

Again following the canal on your right, continue north towards middle lock. As you continue along the canal, you will find remains of Middle Lock cottage on your left. On your right hand side is a large beech wood which is part of the Long Wood SSSI (Site of Special Scientific Interest).

Above the tree line, you may be lucky to see buzzards circling on thermals often being chased by the local crow population. On the left hand side is a recently planted wood that has been established to increase the different bird populations. There are two route options here – route one includes a sharp climb to Longwood Drive by crossing over the canal as it appears from a culvert. Route two replaces the steep climb by turning left at the end of the canal following the embankment to your right and crossing Longwood Drive to join the footpath almost directly opposite. If you wish to follow the steeper route, pass over the canal as discussed. The climb includes a number of steps cut into the hillside but they can be slippery when wet and in autumn.

At the top of the hill, turn left onto Longwood Drive, noting the remains of the Cardiff Railway in the cutting. After carefully crossing Longwood Drive re-enter the reserve following the signposts.

As you re-enter the reserve you will descend another set of steep steps into part of the reserve that is maintained by the RSPB’s volunteers to encourage different species. As you descend, you will see the remains of the Cardiff Railway Bridge as it passed over the Canal.

Longwood drive now runs in front of what was the railway bridge.

You will shortly be arriving at the Taff Trail that is part of the Lon Las Trail developed by Sustrans it connects North and South Wales. By turning left you will join a well surfaced path following the east side of the River Taff.

As you walk south, you will approach Radyr Weir, which was built in 1769 to provide water for both supply and transportation for the Mellingriffith Tinplate works. On the left of the footpath is the start of the feeder that was seen at the beginning of the walk.

Following the footpath for another 500 metres, there is a small ascent over the flood defences where we will turn left towards Forest Farm following the signs. There is also a footbridge at this point which links the reserve to the West Bank of the Taff for Radyr and Radyr Station.

Finally after passing through the large gate return to the start of your walk.

A more detailed description of the route can be found at www.forestfarm.org.uk