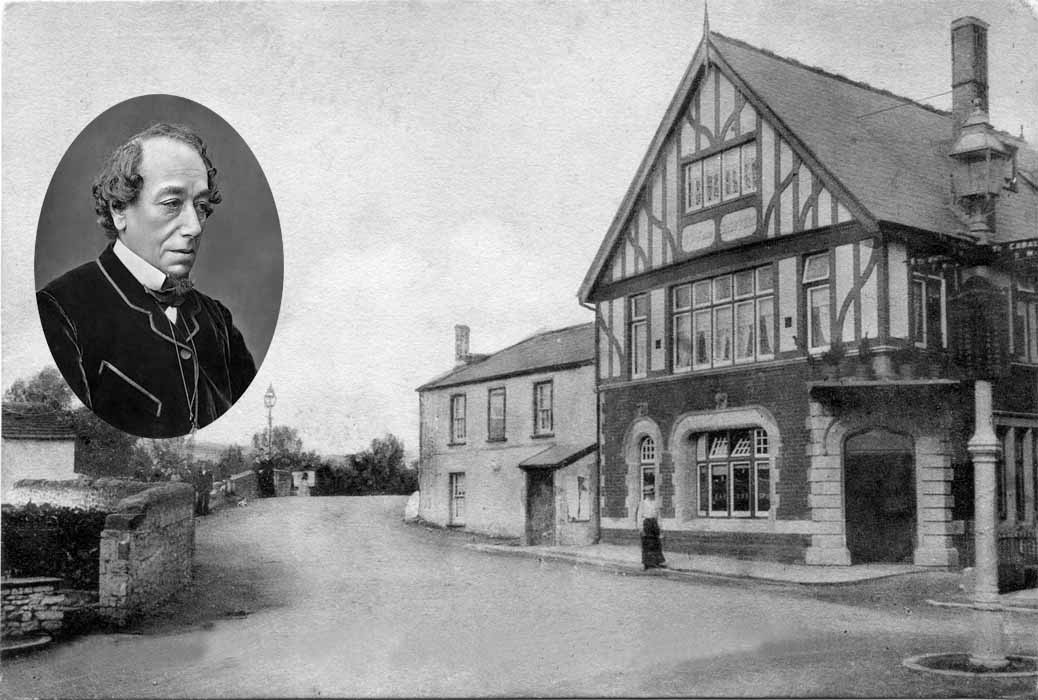 He’s the Prime Minister who initiated a wide range of legislation to improve educational opportunities and the life of working people during the 1800s.

He’s the man who once charmed Queen Victoria and later told a colleague that ‘first of all, you have to remember that she is woman’.

Popular legend has it that former Prime Minister Benjamin Disraeli once stayed at Llandaff North’s Cow and Snuffers in Llandaff North. The pub even had a bust of ‘Dizzy’ above its door, which was adorned with primroses every April 19th – the anniversary of Disraeli’s death.

There’s a very good reason to believe such a story. Disraeli visited Cardiff after the death of Wyndham Lewis MP in 1839. There, he met Lewis’s widow, Mary, who was to later become Disraeli’s wife.

It is possible that Disraeli and his wife visited Greenmeadow – a medieval farmstead that sat overlooking the River Taff in Wyndham’s estate. This was where Wyndham and Mary had lived for many years. The Cow and Snuffers which opened in 1812, was by 1839, a flourishing watering-hole.

But although tradition associates Disraeli with Greenmeadow and the local area, he did not visit Cardiff until much later when he stayed at the Cardiff Arms Hotel. It was there that he remarked that it was his first visit to the town, and that he had never actually seen Greenmeadow. After 1839, Mary’s only visits there were of a business nature, and it is unlikely that they included social activities of any kind. Within two years of Wyndham’s death, her connection with Greenmeadow was more or less at an end. The couple moved to London and Disraeli went on to become Prime Minister not just once – but twice.

As for the Cow and Snuffers – the pub closed its doors for good back in 2010 and is now a series of apartments.

Landlady Jo Owens, who ran the pub for the five months leading up to the closure, said that the owners felt it could no longer justify the expense of running the venue.

She said: “I think it was just too expensive to keep open and there are a lot of repairs that need doing.”

The Cow and Snuffers lives on in Llandaff North, as does the legend, in one way or another but there’s simply not enough evidence to suggest that Disraeli did actually stay there.

Maybe the final word on the matter rests that the man himself – Disraeli himself denied that he had ever stayed at the Cow and Snuffers.