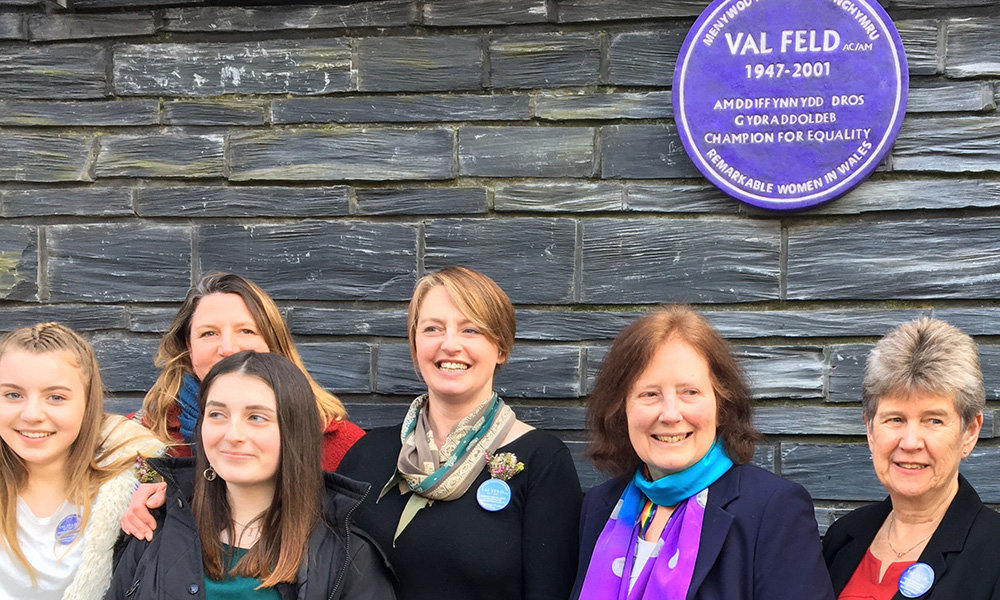 This spring saw celebrations at the Assembly to mark International Women’s Day and the unveiling of Wales’ first Purple Plaque in the Bay.

A group of us at the Assembly came up with the idea for plaques for women after research revealed that there are around 250 blue plaques in Wales and only around a dozen of them are for women.

We chose purple as it was one of the Suffragette colours and the first plaque on the side of the Senedd commemorates the work of former Assembly Member and equality campaigner Val Feld.

In April, I pledged to give up single-use plastic cutlery as part of the World Wildlife Fund Cymru’s Earth Hour Wales. And I attended a great event, together with Cardiff North MP Anna McMorrin, where a local resident in Rhiwbina is aiming to get local businesses to go ‘plastic-free’.

I would love to hear of any Whitchurch businesses that have pledged to go plastic-free or to get rid of single-use plastic items like plastic cutlery or straws. If you’d like to be a ‘community champion’ for a plastic-free Whitchurch, please get in touch.

I was really pleased to meet Rungano Nyoni at the Senedd in April. She is a great ambassador for Cardiff and a role model for women from black and minority ethnic communities. Born in Zambia, Rungano grew up in the Riverside area of the city and has gone on to become a film director, winning a BAFTA this year for her film I Am Not A Witch. The film is also due to be screened at the Cannes Film Festival this May. I hope she continues her successful film-making career and I look forward to hearing about her next project.

In April, we held a rally on Whitchurch Common to show our solidarity with the Windrush Generation. Thanks to everyone who came along and showed their support. Following this, Anna McMorrin and I launched a petition to call for legal aid to be restored to those affected by this issue.

How to get in touch If you have any concerns or issues please contact my office on 029 2061 4577. I can also be contacted via my website at www.juliemorgan.org. uk, by email at  julie.morgan@assembly.wales or through Twitter @JulieMorganLAB